“More Capital Out to Minority Enterprises,” Among Many Business Solutions, Cardin Panel
Advertisement 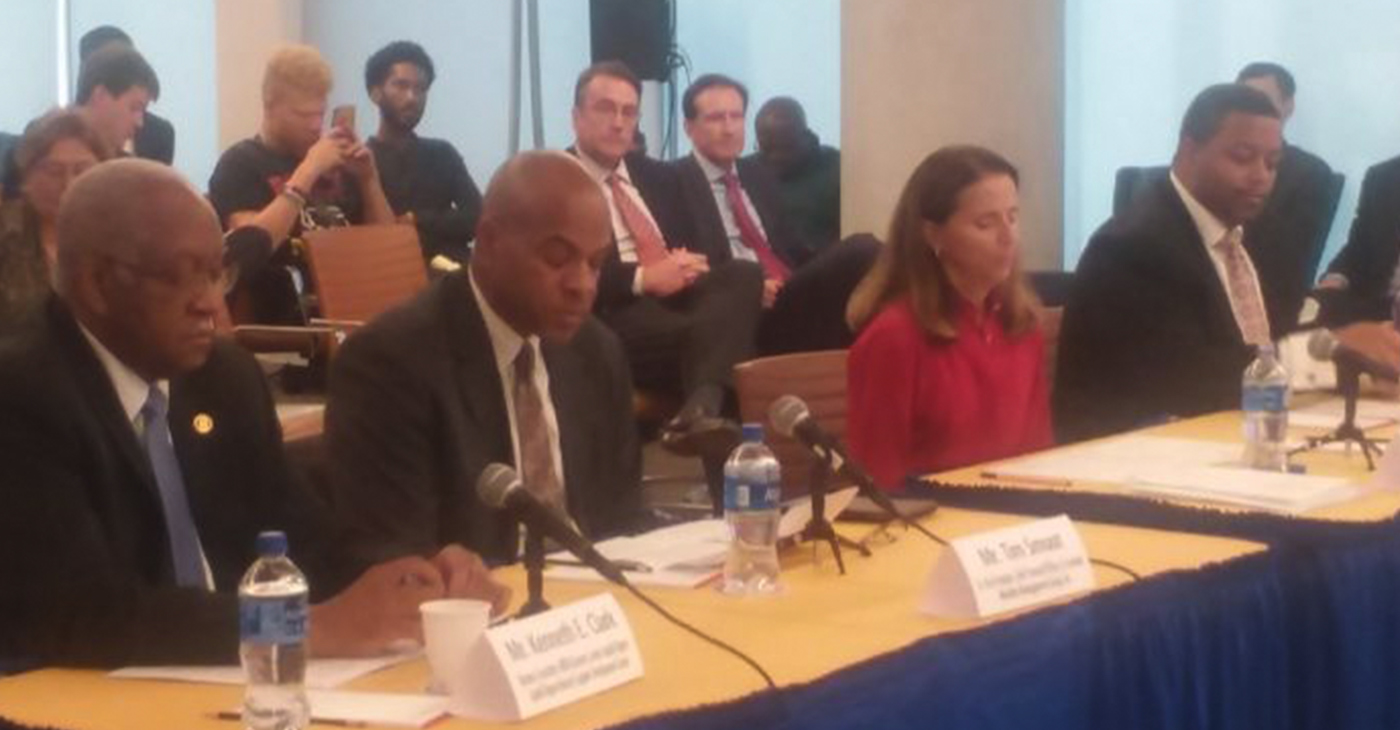 Maryland Senator Ben Cardin stated strengthening access to capital for minority-owned businesses can unite a Congress divided by party lines; as the US looks toward midterm elections this November and a new 2019 Congress.

“I think the disparity in this country with minority businesses and women-owned businesses is well understood by both Democrats and Republicans,” said Cardin, ranking member of the US Senate Committee on Small Business and Entrepreneurship, at this Friday’s committee hearing held at Morgan State University’s new Jenkins Hall facility.

Cardin convened two expert panels of regional financial leaders who specialize in working with minority-owned businesses to hear recommendations on how the federal government can increase the flow of capital available for the same businesses.

“Three gaps must be addressed to overcome the lack of capital assets: the wealth gap, the credit gap, the trust and earning trust gap,” Lewis urged. “Relationships with policy champions can be the difference between good ideas being executed and good outcomes happening,”

Lewis said in addition to capital, Harbor offers a variety of technical assistance services, and urged Cardin to consider the kinds of assistance and supports that need to be connected to capital acquisition for minority businesses to thrive.

Maryland has the highest representation of minority (41.9 per 100,000 residents) and women-owned businesses (17.5 per 100,000 residents) in the nation, according to a recent Paychex survey. However, those enterprises suffer disproportionately from being denied access to funding, and when they do access capital, much less is typically offered at higher interest rates, according to the U.S. Department of Commerce Minority Business Development Agency.

“It’s time to make [MBDA] statutory, so minority businesses get the same level of support as small businesses,”Clark said. “Small and minority are not the same thing all the time. We’ll be giving [Cardin] that legislation and hope he’ll carry it forward.”

“The 504 [loan], which is more permanent financing, is not doing everything it needs to be doing in the minority community,” said Cardin. “Clearly procurement issues can be better targeted toward minority businesses.”

“The bottom line is we’ve got to get more capital out to minority enterprises and we’ll be judged by that result,” Cardin said. “I’m putting a spotlight on the SBA (Small Business Administration). We’ll give them the tools and the resource but we want the results,”

“The proof is in the pudding” said a jewelry maker and small business entrepreneur who came from Timonium to hear what legislative strategies were being developed to help her and other small business owners. “Like a lot of us, we have dreams and it’s important to talk the talk.  We’ll see if Mr. Cardin will walk the walk.  But today is certainly a great networking opportunity. We need more of these.”

The Search for Solutions to School-to-Prison Pipeline

Floyd Mayweather, Jr. Says Rematch with Pacquiao Will Happen This Year, But Are Fans Still Interested?