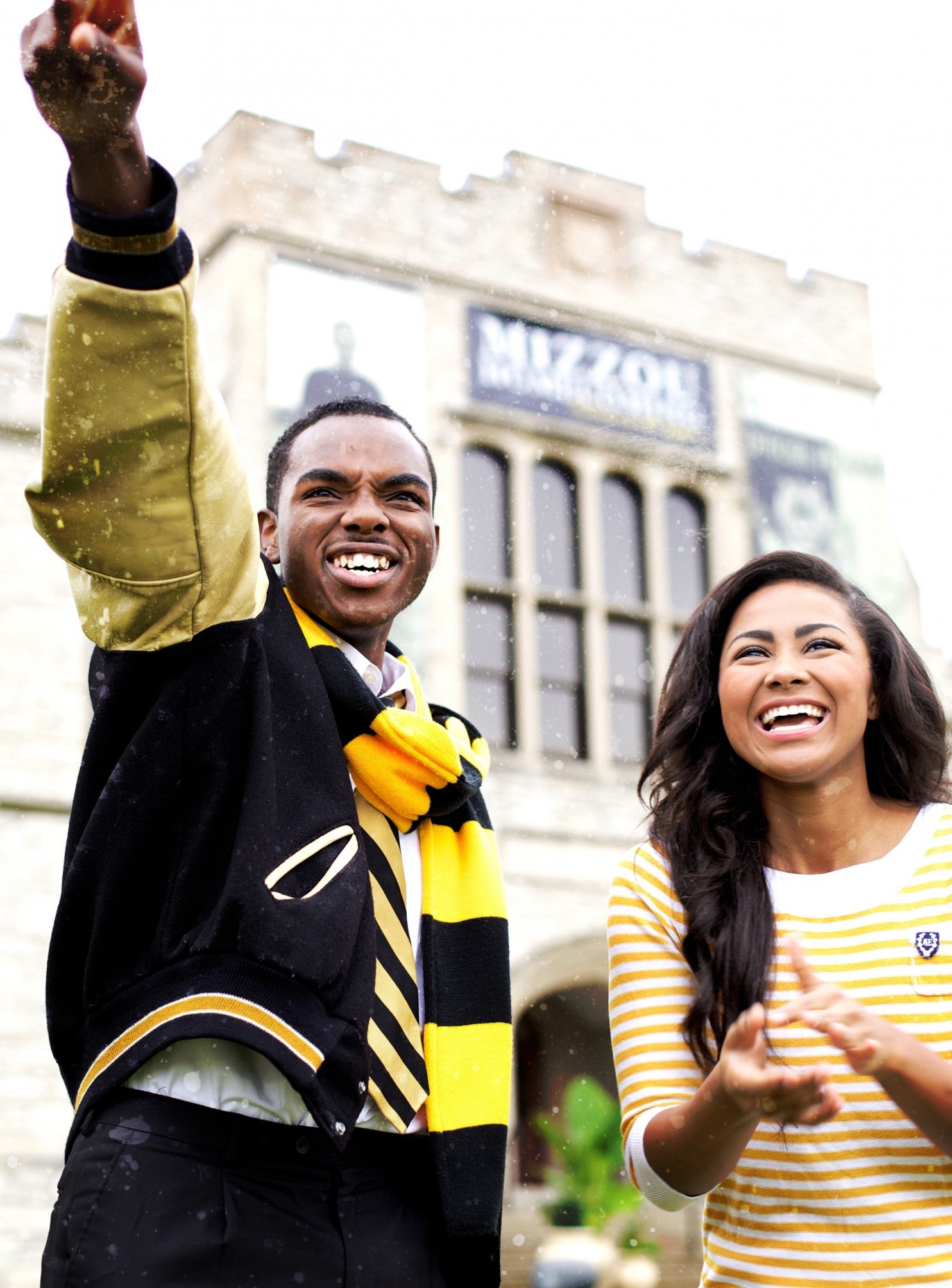 Payton Head (left) and Brenda Smith-Lezama in the campaign shot for the presidency and vice-presidency of the Missouri Students Association. (Photo by Curtis Taylor, Jr.)

(The Washington Post) – After the University of Missouri’s student-body president heard people yelling a racial slur at him from the back of a pickup truck, he said, he was moved to write a piece that has sparked a debate about discrimination of all sorts.

Payton Head’s post was shared more than 1,500 times within a few days and generated press coverage far beyond the Mizzou campus. Head became the latest symbol of the tension between students’ right to feel safe on campus and their right to free speech.

On Thursday, the university’s leader responded.

“Let me be very clear about where I stand as Mizzou’s chancellor: one bias incident is too many,” R. Bowen Loftin said in a statement.

“The incidents that I have heard about – both blatant and subtle – are totally unacceptable. Our core values of Respect, Responsibility, Discovery and Excellence leave no room for bias and discrimination.

$110K: Is This What Justice Looks Like in America?