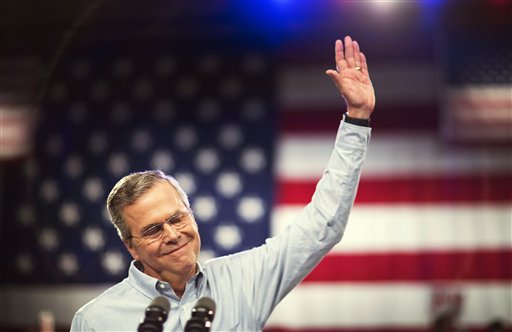 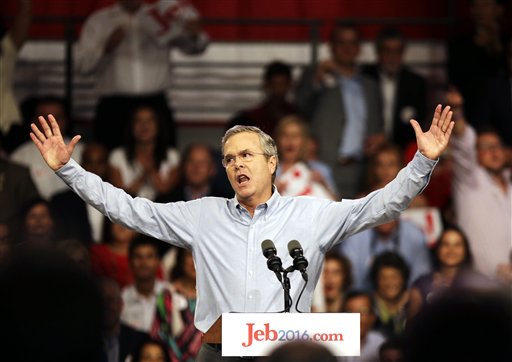 Former Florida Gov. Jeb Bush waves to the crowd as he formally joins the race for president with a speech at Miami Dade College, Monday, June 15, 2015, in Miami. (AP Photo/David Goldman)

WASHINGTON (The Washington Post) — More than 50 individuals and entities have shelled out at least $1 million apiece to big-money groups backing presidential candidates — with close to half of the big donors giving to a super PAC aligned with former Florida governor Jeb Bush.

With 15 months to go before Election Day, donors have already contributed $272.5 million to independent groups supporting the large Republican field, more than four times the $67 million raised through their official campaigns, according to a tally by The Washington Post.

In all, 58 million-dollar donors together were responsible for $120 million donated to GOP and Democratic super PACs by June 30 — more than 40 percent of the total amount raised by those groups.

Never before has so much money been donated by such a small number of people so early. The massive sums have empowered outside groups that face no contribution limits and are now serving as de facto arms of many campaigns.