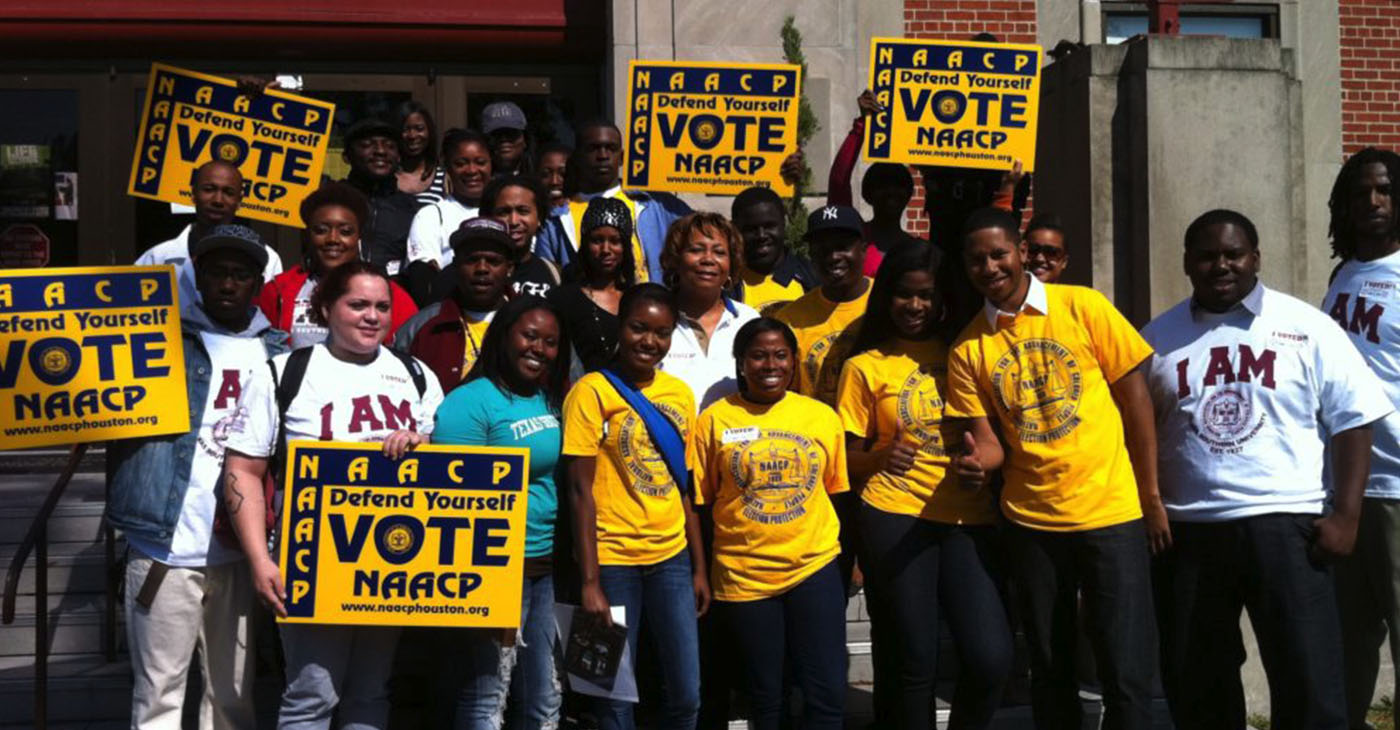 ATLANTA – In one of the most unique get-out-the-vote efforts this year, 18 Georgia NAACP branches over 19 counties have launched an ambitious plan to get more than 40,000 African American voters to the polls across the state on the last Saturday of early voting.

It’s called Party to the Polls, a day that will include symbolic Civil Rights-era marches, bus caravans and carpools culminating in poll parties with music, food, speeches and prizes, and in the era of coronavirus, masks, social distancing and plenty of sanitizer, organizers promised.

The date is Oct. 24, and from Savannah in Chatham County to Augusta in Richmond County to Peachtree Corners in Gwinnett County and Columbus in Muscogee County, the organizers have planned a flurry of individual voter mobilization efforts. Also participating are NAACP branches in Bibb, Clark, Clayton, Cobb, Dekalb, Dougherty, Douglas, Fayette, Fulton, Henry, Houston, Lowndes, Newton, Paulding and Rockdale counties.

The non-partisan NAACP is the nation’s oldest civil rights organization and has been mobilizing the African American electorate since its inception in 1909. This year, however, its Georgia leadership has decided to take a more strategic approach to maximize Black voting power.

“While the regions we have targeted represent only 12 percent of Georgia’s counties, they include 77 percent of all African-American voters in the state,” said Richard Rose, who is spearheading the effort as president of the organization’s Atlanta Branch. “So, we have come together as a collective to focus our energy and capital to get a greater percentage of Black people to the polls.”

The Black voter turnout in the 2016 presidential campaign declined nationally for the first time in 20 years, falling to 59.6 percent in 2016 after reaching a record-high 66.6 percent in 2012, according to the Pew Research Group.

Aside from flashy events like Party to the Polls, Rose said, the NAACP branches are attempting to increase Black voter participation by concentrating on local races.

“Understandably, the nation is paying a lot of attention to the presidential campaign, but we believe that by focusing Georgia voters’ attention on county and state races, we can get more people to the polls,” he said. “If they understand that it is those offices – the sheriff, the district attorney, state representatives, boards of commissioners, judges, school board members — who have a huge impact on their daily lives, we believe they are more likely to vote.”

“So, our branches have been hosting online candidate forums on Facebook, Zoom and other platforms to get people more knowledgeable about their local issues.

Still, Party at the Polls will be a signature event, branch presidents said.

The organizations have gotten financial and logistical support from a plethora of groups: Vote Your Voice, an initiative by the Southern Poverty Law Center and the Community Foundation for Greater Atlanta; The New Georgia Project, a voter-participation project created by former Georgia gubernatorial candidate Staci Abrams, the Prince Hall Grand Lodge of Georgia, numerous churches, the 100 Back Men, the National Coalition of 100 Black Women and the National Pan Hellenic Council, which is made up of nine African American fraternities and sororities.

In Fulton County, voters will be admitted to one of three sites, 1362 Metropolitan Parkway in Atlanta, East Point Downtown Commons in East Point and the South Fulton Library in Union City, after showing their “I Voted” stickers where they will be feted to food, beverages and music. In Richmond County, the Rev. Melvin Ivey, the branch president and pastor of Greater St John Baptist Church in Augusta, will be loading people in five vans donated by the New Georgia Project along with buses made possible to the Greater Augusta Interfaith Coalition for a trip to the James Brown Arena, voting at the Bell Auditorium the county’s largest voting site..

The Richmond Branch, aided by the civic group OneAugusta, had been holding voter registration and Census events before, handing out fruit baskets to attendees.

“This time, we are setting up in the parking lot of the arena, where World Central Kitchen will supply food people can just walk across the street to vote.” Ivey said. “We are planning on a fun day of doing something extremely important.” The branch, which Ivey said has been holding online forums for positions for the local school board, a state senate race, and a race for district attorney, expects 1,0000 people.

“This election is really important,” he said. “We need change. It feels like on the local and national level, they have been trying to reverse the gains that Black people and America have made over more than 50 years.

More than halfway across the state, the Rockdale and Newton county NAACP branches have joined with the Rev J. Phillip Baker, pastor of Shady Grove Baptist Church, and J. Demetrius Myatt for a symbolic “1,000 Male March to the Polls” in each county. The two events will be followed by a Tailgate at the Polls.

In Newton County, Debbie Hillman, activist and co-chair of NAACP branch political action and community involvement committee, said 1,000 Black men and others will mass at 8 a.m. at the old jail before a short walk to the Newton County Administration Building.

In nearby Rockdale, they will be joined by 1,000 men who will gather at the same time in Wheeler Park before walking an hour later to the voting site. Rockdale County Commission and NAACP member said the marches are for everyone, but they are concentrating on Black men because it is important for them to re-assume their roles along with Black as responsible voters.

The post 18 Georgia NAACP branches to ‘Party at the Polls’ in pivotal state appeared first on Atlanta Daily World.