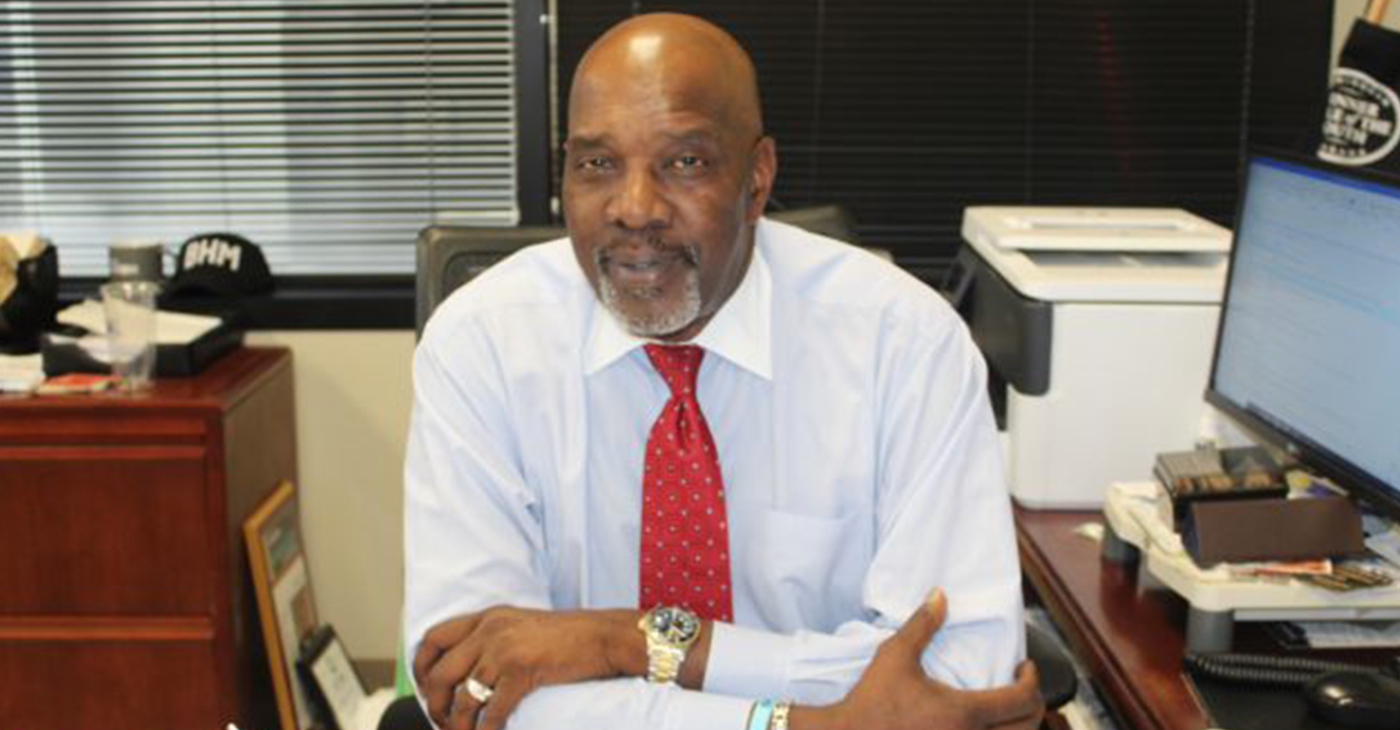 Michael Gunn, senior vice president of the Greater Birmingham Convention and Visitors Bureau (CVB), said he has a job that keeps him young and on the move: selling the city of Birmingham.

The 66-year-old said Birmingham is not what it used to be, and he enjoys talking about how the city has grown.

“If you ask a person born in the 1950s about Birmingham, the first thing that comes to mind is always going to be Civil Rights,” Gunn said. “If you ask a millennial, they’re going to [say], ‘Birmingham is a great place to come on the weekends. It has great bars, … great pubs, a lot of things to do.’ They have a whole different perspective of Birmingham because … everyone is working together in the city and for the betterment of the city.”

Gunn manages a staff of 15, all of whom spend about 48 weeks out of the year convincing conventions, sporting events, and people in general to visit the Magic City and spend the night—the Birmingham metro area has 16,000 hotel rooms, he said.

“When I would attend trade shows in the past, we’d set up a booth and tell people how great Birmingham was, … [and] typically people would shy away from [the city] mainly because of our history during the Civil Rights era. That’s all they knew,” Gunn said. “When I go to trade shows now, … people are looking for the Birmingham booth because they’ve heard about all the great restaurants; they’ve heard about our attractions, the cleanliness of the city, and the friendliness of people here in the South.”

Gunn—who himself takes about seven or eight road trips a year, each ranging from a few days to a week—oversees a multimillion-dollar budget for the convention sales department and compiles monthly, quarterly, and annual sales and marketing business plans. He also directs placement and media buys for the bureau’s advertising budget.

He and his team are important to the city’s growth in several ways, he said. One, for instance, is by bringing conventions, which “… help with economic development for the city.”

“That’s what conventions do. They bring money here,” Gunn explained. “People spend money in the restaurants, the stores, the attractions. … That money stays here, and then it gets circulated around the city.”

One recent example that stands out is the Southern Baptist Convention, held at the Legacy Arena at the Birmingham Jefferson Convention Center (BJCC) in June.

“It was the second largest convention we’ve ever hosted in Birmingham. There were about 10,000 people here, but they used 3,500 hotel rooms a night,” Gunn said, adding that once people visit the Magic City they often don’t want to leave.

“I think people should plan to spend at least a day here and really [understand] the history of where Birmingham started and where Birmingham is now,” he said. “The challenge is to get people to come to see the city. Once they get here, the city sells itself. It happens all the time. People are always so surprised because it’s never what they imagined.”

Gunn was born in Kansas City, Mo., but he spent most of his time in Midland, Texas: “That’s more like home,” he said.

He attended Midland High School and Midland College, where he studied business. He was married at age 17 and had his son, the first his of two children, when he was 21 years old; he had another child, a daughter, when he was 35. He and his wife have been married for 32 years and have three grandchildren.

Gunn left Texas in 1982 and moved to Minneapolis, Minn., where he took a position as a bellman at a hotel.

“That was my introduction to the [hospitality] industry,” he said. “I was 29 years old, so I had been working for a while, and my background had always been in sales. … I moved to Minneapolis for a new start and couldn’t find any employment, so I took that job as a bellman with the intention of eventually going back into sales.”

As a bellman, Gunn was primarily in charge of transporting the luggage from visitors’ cars to their hotel rooms and back. Working in the hotel environment gave him insight about the business and exposed him to other positions, including hotel sales. At the time, there were few African Americans in hotel business management roles, but he started working his way up.

“I went from being a bellman to working at the front desk. … I worked in food and beverage [and] every department of the hotel except housekeeping before I was given a sales position, so I had to reestablish and prove myself,” Gunn said, adding that he got into sales in 1987—and has been there since.

In addition to working in Minneapolis, Gunn has held positions in Washington, D.C., Virginia, and North Carolina, as well as in Auburn, Ala. He moved to Birmingham in 1996.

“Birmingham would probably be the last place I would have thought I would ever consider staying, but it’s a great city,” he said. “I like the people here, and I’ve made some really good friends. It has a small-town feel but still has a … bigger-city appeal.

“We have everything the large cities have—great nightlife, theaters, golf, … anything you can find in any other city. Birmingham is a great place with good people.”

Gunn was hired as a national sales manager at the CVB in January 1996.

“Working in the hotel business, I was transferring every 18 months, but I could be stable here,” he said. “My daughter was in the fourth grade when I moved here, so I didn’t want to move her from school to school. It was a good opportunity.”

Since that time, Gunn has moved up the ranks at the CVB. In 2000, he was promoted to director of sales. In 2008, the vice president of sales retired, and Gunn took over the position. And in 2015, he assumed the role of senior vice president when CEO John Oros joined the bureau.

“I enjoyed working here. I enjoyed the bureau, so I wanted to stay on to support [Oros when he came in as CEO], said Gunn. “It’s worked out well.”

The hospitality industry is a great for him because he’s a people person, Gunn said.

During his free time, Gunn plays golf, something he has done for about 30 years. He enjoys it because he can spend four hours on a golf course and learn all there is to know about a person.

Gunn also encourages youth golf: “It instills a lot of things—integrity, pride, discipline. All those different things come into play when you’re playing golf, and it’s a great sport.”

There is something else about golf that Gunn takes to heart: You’re playing against yourself, not someone else.

“You’re always trying to do better than you did the last time,” he said.