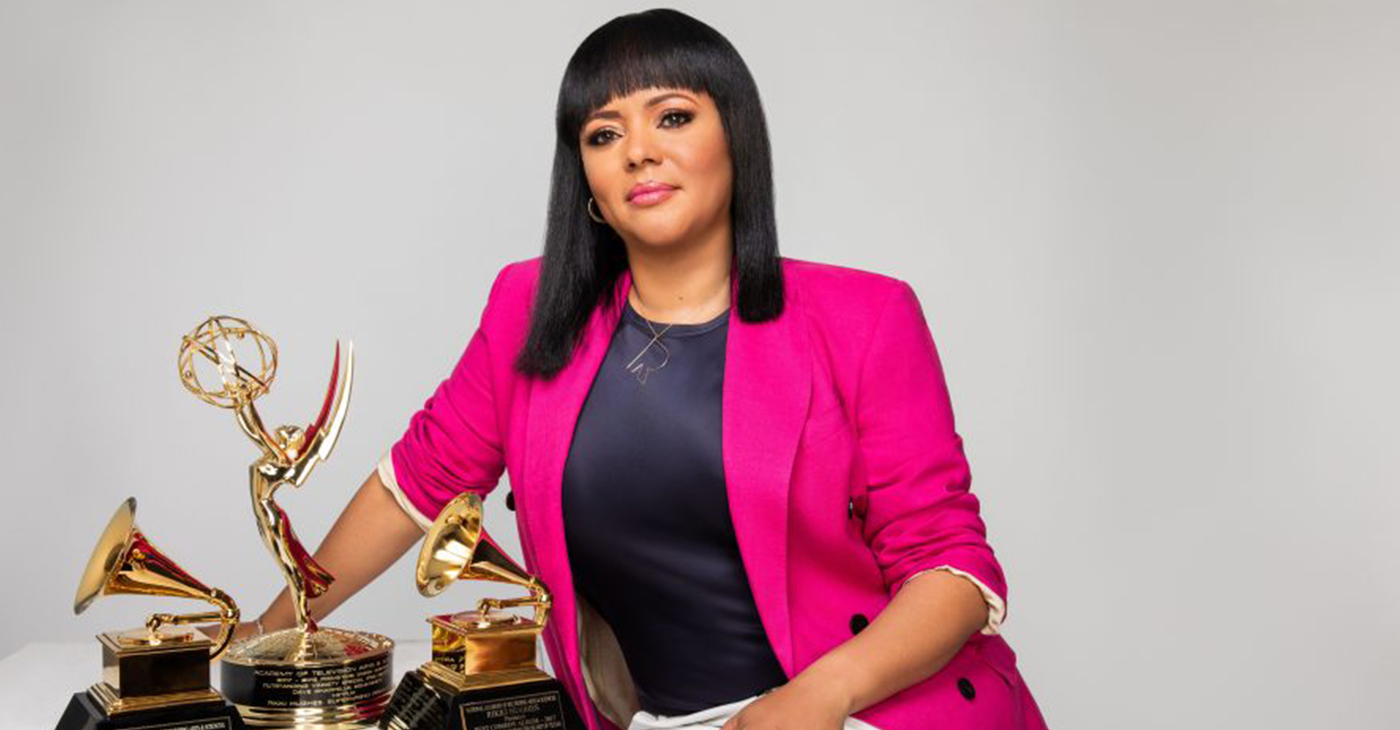 Rikki Hughes is a veteran Emmy- and Grammy Award-winning film producer and entrepreneur. As the founder of Magic Lemonade, a production company specializing in television, film and new media, Hughes has managed to successfully grow her company to sustain offices in Hollywood and Atlanta. Her company has been responsible for producing several memorable television specials and series including Kat Williams: It’s Pimpin’ Pimpin’, BET’s ABFF Honors, HBO’s All Def Comedy series and most recently, Dave Chappelle’s Netflix special Sticks & Stones and Epilogue: The Punchline. In addition, Hughes has also been tapped to serve as executive producer of the 2019 Trumpet Awards hosted by Wanda Sykes, alongside David Hudson.

Known as “the woman behind the laughs,” Hughes’ biggest accomplishment included making history last year as the first African American female recipient of an Emmy for “Outstanding Variety Special” for her role as producer of Chappelle’s Equanimity & The Bird Revelation specials, which she also won a Grammy for “Best Comedy Album.”

Rolling out recently spoke with the award-winning producer to find out more about her work with Dave Chappelle, her latest projects and what it takes to be a producer in today’s day and age.

You recently produced Dave Chappelle’s newest Netflix special Sticks and Stones, which was a resounding hit among fans. Do you have a magic formula for how you select new projects?

It’s really what resonates with me. I learned early what my calling was and it’s to get my arms around a voice and protect it. So, whether it’s comedy or music, I know that I’m here to create a safe space for the magic to happen.

In selecting projects, I have to believe in them and it’s not always popular. I mean, when we first started doing Dave’s show, he had been gone for 12 years, so when we got the call saying he was ready to come back, Stan Lathan and myself took the leap of faith because we believed in Dave. There was no deal on the table. We believed in him. We believed in his genius.

How did you decide to work in the comedy arena?

One, it was my entry place. Two, it’s such a relief from the world. I mean, it’s a drug that we can use and abuse as much as possible and it won’t hurt us. I think it’s an important and necessary retreat. I love to be a part of making that happen.

If a person wants to be a producer, what would you recommend?

I think you should always be of service first. If you are truly dedicated to it, do your research. Know the room that you walk into, no matter what it is. Be prepared when you walk into that room.

The second thing is to be ready to learn all you can. Find out what’s needed and identify how can you fill those needs. There’s almost no one who will say that you can’t come work for [them] for free. Decide who you want to emulate your career after or what type of projects you want to be involved in and get next to those people. Be humble. Once you get in, do your best, smile, have a good time, and always feel like everything’s possible.

Let’s talk about your latest projects. How did the vision for The Next Big Thing on BET come about and how were the judges selected?

Tina Davis had an idea for a show and she said “I’m seeing all these kids that come in and one thing that’s missing in the music industry is the development process.” We realized that 24% of the market share was in hip hop, urban music, and R&B. Yet, there was no show that really catered to that. This was how we decided to come up with the show.

We spoke to a lot of people to get the temperament right for our judges. We needed someone who was going to be brutally honest and had the pedigree. That was Dame Dash. No one else is more outspoken and brutally honest.

Zaytoven is definitely the ear to the street and can speak to a lot from R&B. Most people don’t know he’s really a church guy, so he has a strong musical background and not to mention, we know him as being the godfather of trap.

And of course, Tina, she created the show. With her background from Chris Brown to Neo to her current position it at Empire. It just made sense.

Why was it important for you to do this show in particular?

We wanted to make sure that we had something that kids in middle America could watch and understand that it’s more to just having one song that goes viral. There’s a building of a career that comes with it. We treated the show as a bit of a boot camp, so everyone could see it and say, oh, I can’t just put a record out. I need to figure out what’s my team, how am I going to have sound, or how can I perform, and all of those things that come with it.

You also have a new show coming out with viral comedic sensation Emmanuel J. Hudson: “The Mind of an EP”. Tell us more about that.

Emmanuel and Phillip Hudson are brothers that started out years ago. They’ve been on Nick Cannon’s Wild N Out and more. I’ve been managing Emmanuel for about two and a half years. No one can really understand these young Black guys from the inner city of Atlanta, having off-the-style humor that’s smart and quirky. Once again, I wrapped my arms around the creative to say guys, I’m going to create a safe environment for you to create this. I’ll give you the supporting and producing points, but I want your creative to lead. So that’s what it is. They’re poking fun at so much of what happens in our world through their lens. We’re really excited about it.

Where can people keep up with you on social media?

The ALOUD series hosts Coogler and Coates for intimate conversation