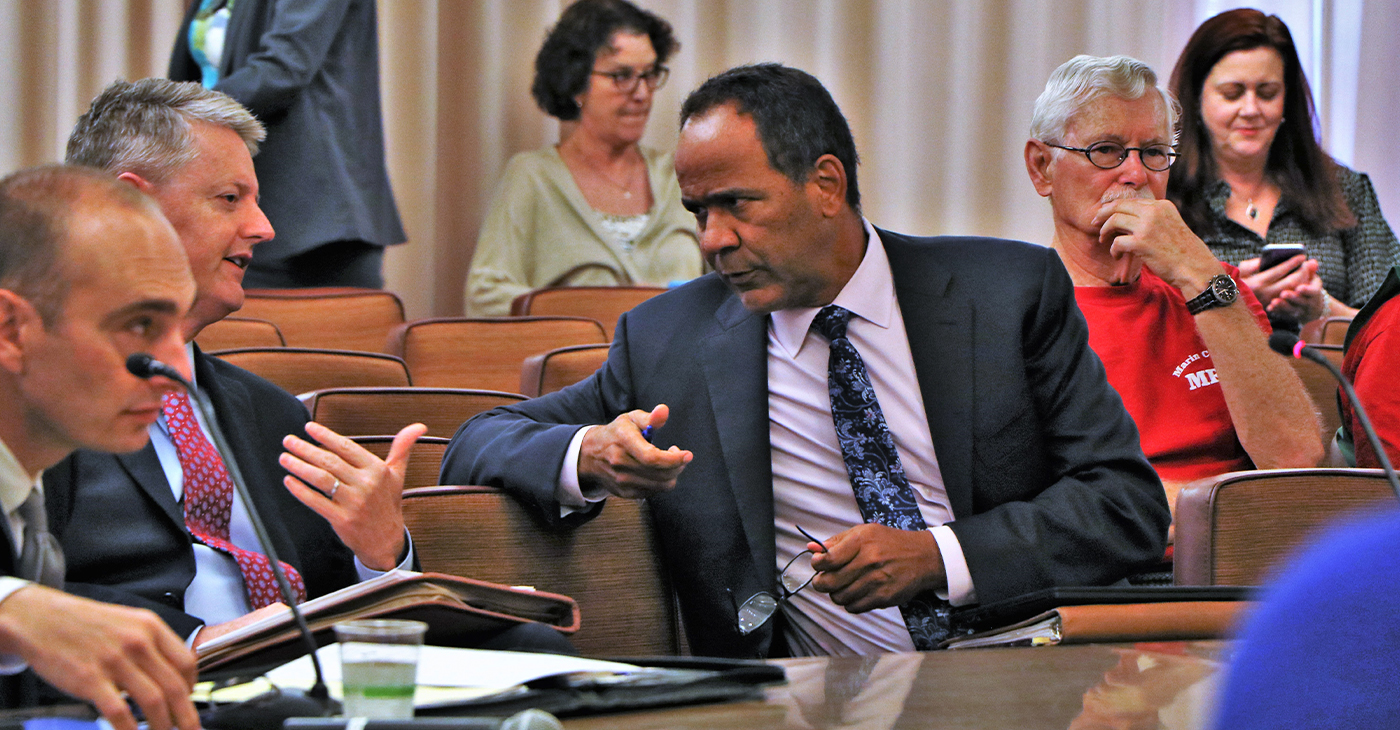 The County of Marin, along with nine local jurisdictions, has filed a lawsuit against Monsanto and two other companies to hold them accountable for PCB (polychlorinated biphenyl) contamination in their communities and in San Francisco Bay, and for the enormous costs they will incur to remove those contaminants.

The suit was filed Sept. 8 in Marin County Superior Court with plaintiffs listed as the County of Marin, the cities of Belvedere, Mill Valley, Novato, San Rafael and Sausalito, and the towns of Corte Madera, Ross, San Anselmo and Tiburon. It also names Solutia, Inc., and Pharmacia LLC as defendants in the case.

Marin’s joint lawsuit adds to a growing list of similar lawsuits filed around the U.S. alleging that Monsanto has known about the public health and environmental threats caused by PCBs for more than 50 years. Similar suits have been filed nationwide, with plaintiff agencies alleging that Monsanto deliberately misled the public, environmental regulators, and its own customers so it could reap massive profits from PCB sales.

Brian Washington, Marin County Counsel, said Marin and the other participating jurisdictions opted out of a proposed national class-action settlement because it failed to sufficiently cover the anticipated costs to comply with regulations and prevent further damage.

“PCBs have left a long toxic legacy,” said Washington. “The companies responsible need to contribute to the solution so that the taxpayers do not have to carry the entire burden.”

PCBs, banned from production in the late 1970s, are known or suspected to cause a wide range of cancers including non-Hodgkin’s lymphoma, breast cancer, liver cancer, gallbladder cancer, gastrointestinal cancers, pancreatic cancer and skin cancer. They are implicated in non-cancer health problems such as cardiovascular, endocrine, gastrointestinal, hepatic (liver), immune, neonatal, neurological, ocular, and reproductive harm.

PCB contamination resulting from Defendants’ actions is already widespread across the Bay Area. The entire Bay is classified as “impaired” by PCBs under the federal Clean Water Act. This impairment endangers natural resources and human health. For example, the Bay’s PCB contamination has required state agencies to issue stringent consumption advisories for fish caught in the Bay.

When regulations are in full effect, it is anticipated that communities will have to use significant taxpayer dollars to pay for testing and monitoring, develop infrastructure to capture PCBs in runoff, conduct more frequent street sweeping, and deploy other measures to comply with those regulations.

Monsanto produced nearly 99% of all PCBs used in the United States since the 1930s and continued until its manufacture was banned by the Toxic Substance Control Act of 1976. According to Monsanto’s own internal documents, company officials knew and were warned about the dangers to human health and the environment from PCBs, but Monsanto wrongfully promoted the product and failed to warn customers about its dangers. For example, in the 1950s, the U.S. Navy refused to buy one of Monsanto’s PCB products, Pydraul 150, for use in its submarines after the Navy conducted its own tests that showed that Pydraul 150 killed all 100 rabbits exposed to its vapors. Monsanto concealed that information from the public and its customers.

The County of Marin and other towns and cities involved in the suit are represented by their own staff with support from outside counsel Sher Edling LLP of San Francisco. The complaint includes claims of public nuisance, private nuisance and trespass.

Help Decide Where Federal, State and Local Dollars Should Go in Our Community