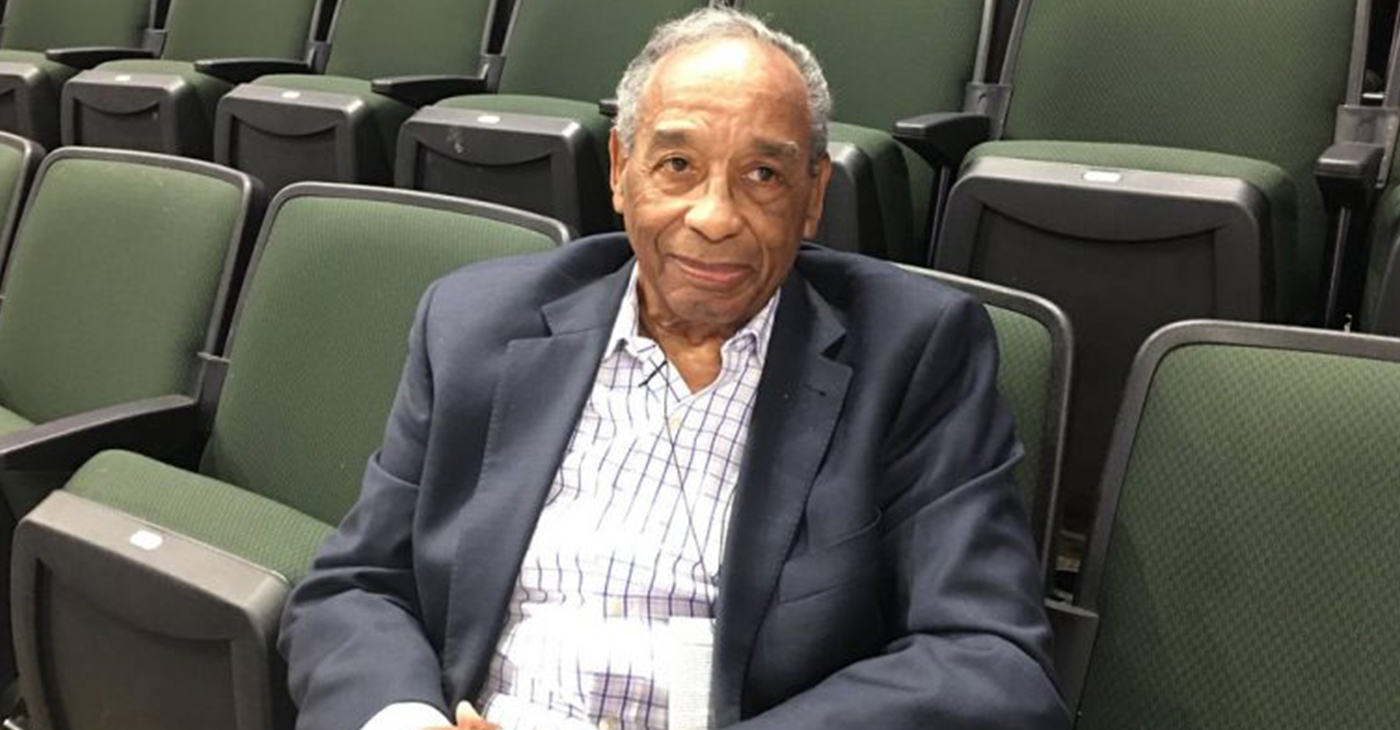 By Charles Hallman
It’s been said that any two people on Earth are at least six acquaintance links apart. James “Jim” Robinson is no exception.

Ed Prohofsky, who succeeded McMoore as MPS AD, saw me attending local basketball coaching clinics and told McMoore about me. Both he and Robinson sit together at Minnesota Timberwolves and Lynx games, and this columnist purposely pays his respects to these two elders.

After high school, Robinson was convinced by the late James Griffin, St. Paul’s first Black deputy fire chief, to pursue officiating as a second career and began to ref all over the state of Minnesota. I got to know Griffin, who along with Jimmy Lee was one of the first Black officials in Minnesota. He often advised me on my writing.

I first met Robinson when the late Kwame McDonald, a colleague, mentor and friend, introduced us at the summer league he ran and asked me to coach in the late 1980s. McDonald once coached Lisa Lissimore, the Minneapolis Public Schools(MSHSL) associate director, on the Summit-University women’s basketball team.

Lissimore recommended Robinson for one of the seven NCAA Living Legend awards handed out during the Men’s Final Four in April. She included a Black History Month piece I wrote in 2018 as part of her supporting documentation.

If you’re keeping count, that’s five degrees of separation of James Robinson, the first Black official to referee in the Minnesota State Boys’ Basketball Tournament in the 1970s; in total, he worked seven state tournaments. He refereed both football and basketball for many years in the Twin Cities and throughout Minnesota, then focused solely on hoops both at the high school and college levels.

The Big Ten selected Robinson in 1971 as a basketball official, and he became one of the first Black referees to work Division I sports. He worked Big Ten, Division I, II, and III games for 16 years before a knee injury forced him to retire. He then became a supervisor of officials both for the Big Ten and as MSHSL high school basketball officials coordinator and supervisor ever since.

A longtime advocate for Black officials, Robinson for many years has held officiating camps, helped found a minority officials association in Minnesota, and was a National Federation of Basketball Rules Writing Committee member.

During the late 1960s, local community folk approached Robinson to apply for the director of the Summit University Teen Center, which was developing a new social services concept, the “drop-in center.” He has now been at “The Loft” since 1967.

What I didn’t know about Robinson was that he is a master barber and served on the Minnesota Board of Barber Examiners. I later learned that as a youngster growing up in St. Paul he was the first Black elected as the citywide student chief of the school patrol boys, and as a teenager was selected to attend Minnesota’s Boys State where his peers selected him “Mayor of Boy’s State.”

Robinson’s impressive resume includes inductions into the Minnesota Basketball Coaches Association Hall of Honor and the MSHSL Hall of Fame.

“Who determines a legend?” Robinson, ever modest, responded when asked where the NCAA Living Legend honor ranks. “I would not rank [myself] so high.”