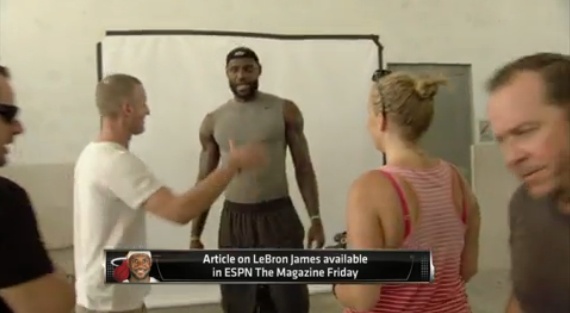 LeBron James says he watches a lot of tape. Who does he look at?

“I watch Jordan more than anybody, for sure,” James told ESPN’s Chris Broussard for a story in the upcoming issue of ESPN The Magazine. “But I’ll watch tapes of AI, too. I don’t take anything from AI. Well, I do — his will. They say he was 6 feet, but AI was like 5-10½. Do we even want to say 160? 170 [pounds]? Do we even want to give him that much weight? And he played like a 6-8 2-guard. He was one of the greatest finishers we’ve ever seen. You could never question his heart. Ever. He gave it his all. AI was like my second-favorite player growing up, after MJ.”

What James loved about Jordan was the very attribute that he works to establish — having no fear.

Why I’m Saying Goodbye to Football