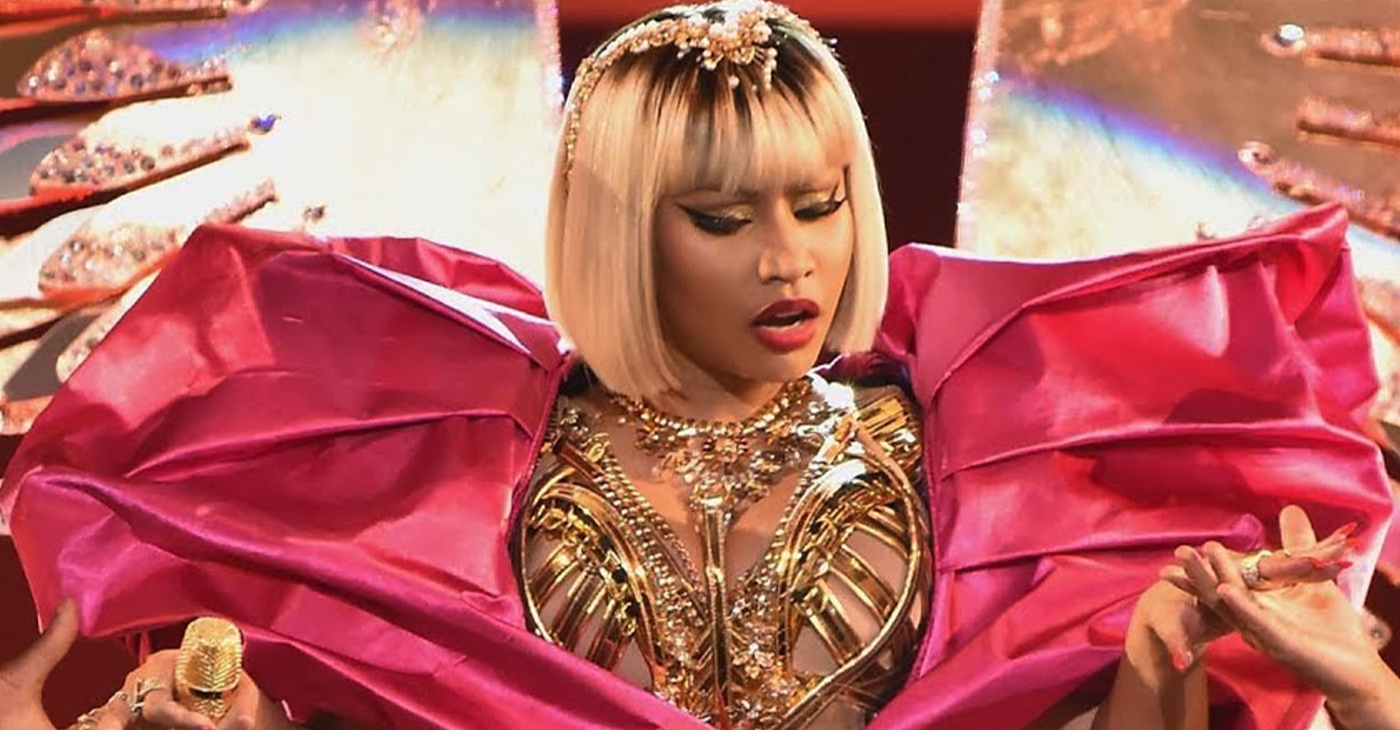 Nicki Minaj will receive the Michael Jackson Video Vanguard Award at the 2022 MTV Video Music Awards, airing live from Prudential Center in Newark, N.J., on Aug. 28 at 8 p.m. ET/PT. She is also set to perform on the show for the first time since 2018.

Minaj will be the first Video Vanguard recipient since another female rapper, Missy Elliott, was honored in 2019. The award wasn’t presented in the last two years, due to complications caused by the COVID-19 pandemic.

Minaj is the fourth rapper to receive the honor, following LL Cool J (1997), Kanye West (2015) and Missy Elliott. In addition, Beastie Boys, which started out as a rap trio before veering into alternative, were honored in 1998.

Of the nine Video Vanguard honorees since 2010, seven have been women – Britney Spears, Beyoncé, Rihanna, Pink, Jennifer Lopez, Missy Elliott, and Nicki Minaj.  The only male honorees in this time frame are Justin Timberlake and Kanye West.

“Nicki has broken barriers for women in hip-hop with her versatility and creative artistry,” Bruce Gillmer, president of music, music talent, programming & events, Paramount and chief content officer, music, Paramount+, said in a statement. “She has shifted the music industry and cemented her status as a global superstar with her crossover appeal, genre-defying style and continuing to be unapologetically ‘Nicki’.”

Minaj is a VMA nominee this year for best hip-hop for “Do We Have a Problem” featuring Lil Baby. Minaj has won three times in that category, which puts her in a tie with Drake for the most wins in the category. If she wins again this year, she’ll take the lead outright.

Minaj made her VMAs debut in 2010 – but on the “pre-show,” not on the main telecast. She and will.i.am performed their hit collab “Check It Out.”

Minaj made her debut on the main telecast in 2012, rapping a surprise verse on Alicia Keys’ “Girl on Fire.” She became a VMAs mainstay in 2014 and performed on five consecutive telecasts. In those years, she teamed with Ariana Grande and Jessie J (“Bang Bang,” 2014), Usher (“She Came to Give It to U,” 2014), Taylor Swift (“The Night Is Still Young” and “Bad Blood,” 2015), Grande again (“Side to Side,” 2016), and Katy Perry (“Swish Swish,” 2017). Minaj’s most recent VMAs appearance, in 2018, consisted of a medley of four songs from her then-current album, Queen. She performed live from the PATH World Trade Center station.

Minaj’s next single, “Super Freaky Girl” will be released on Aug. 12.

Minaj has yet to win a Grammy Award, despite 10 nominations dating back to 2015.

Minaj has amassed 20 top 10 hits on the Billboard Hot 100, including a pair of No. 1 hits, both in 2020 – Doja Cat’s “Say So” (on which she was featured) and “Trollz,” a collab with 6ix9ine. Her first two studio albums, Pink Friday and Pink Friday: Roman Reloaded, both reached No. 1 on the Billboard 200. Minaj’s two subsequent studio albums, The Pinkprint and Queen, both reached No. 2, as did a mixtape, Beam Me Up Scotty.

August 23 | The Conversation with Al McFarlane – Our Culture, Our World