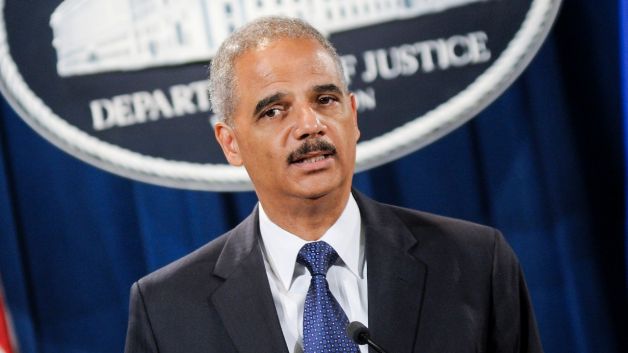 In a press statement, Holder said: “The North Carolina law includes troubling new restrictions, such as provisions that will significantly reduce early voting days; eliminate same-day registration during early voting; impose a restrictive photo identification requirement for in-person voting; and prohibit the counting of otherwise legitimate provisional ballots that are mistakenly cast in the right county, but in the wrong precinct.”

He said that the Justice Department expects to show that the clear and intended effects of these changes would contract the electorate and result in unequal access to participation in the political process on account of race.

Holder said North Carolina took the actions in the wake of the Supreme Court’s ruling in Shelby County v. Holder.

“Just months after North Carolina saw the highest overall turnout in sheer numbers in its history – in November 2012 – and within days of the Supreme Court’s Shelby County decision to strike down key provisions of the Voting Rights Act – the state legislature took aggressive steps to curtail the voting rights of African Americans,” Holder stated. “This is an intentional attempt to break a system that was working. It defies common sense.”

In August, the Justice Department filed a suit against Texas over similar, restrictive voter ID regulations and redistricting plans that would dilute minority voting power.

Holder also warned that it will go after other states that violate the spirit of the Voting Rights Act.

“The Justice Department will never hesitate to do all that we must to protect the Constitutionally-guaranteed civil rights of all Americans,” he said. The new voting laws in North Carolina require strict enforcement of photo identification to cast ballots in the state.

“The southern strategy of the well-funded, nationally-coordinated, ultra right that the only way that they can hold on to their power at the national, state, and local level is to drastically suppress voting rights for minorities,” said William Barber, president of the North Carolina branch of the National Association for the Advancement of Color People. “We need every resource of the civil rights community and the U.S. government to help us expose the national conspiracy behind this movement to suppress targeted constituencies, particularly in the new southern electorate.”

Barber continued: “As the good people of North Carolina learn more about the origins and true aims of the hodge podge of voter suppression tactics we have seen, we are confident that they and the courts will join us in saying that ‘we must go forward together and not one step back.’”

North Carolina Gov. Pat McCrory said that the new voting law was common sense, despite reports by that suggested the type of fraud that would be prevented by photo ID requirements is rare.

Testifying before the North Carolina Assembly Committee on voter ID, Keesha Gaskins; senior counsel with the Brennan Center for Justice at New York University said that, “more than 21 million votes have been cast in North Carolina over the past 12 years. During that time only one case of voter impersonation occurred.”

Barber said that the far right created the myth of rampant voter fraud and repeated it over and over and over again in order to manipulate public consciousness and to engage in regressive legislation.

The type of fraud that would be prevented by restrictive voter ID requirements is so rare that in a 2012 study on voter fraud, The Brennan Center for Justice reported that “It is more likely that an individual will be struck by lightning than that he will impersonate another voter at the polls.”

Barber lambasted the bill saying that “It tramples on the blood of our martyrs desecrates the graves of freedoms tramples and in the 21st century lines up with extreme racially-driven philosophy of interposition and nullification.”

In Shelby v. Holder, the United States Supreme Court ruled that Section 4 was unconstitutional effectively gutting Section 5 of the Voting Rights Act, which requires districts with a proven history of discrimination to get pre-approval from the Justice Department or a federal court before making changes in their voting laws.

“It is extremely important that the United States Justice Department is using the power under the rest of the Voting Rights Act to combat this type of voter suppression in North Carolina,” said Penda Hair, co-director of the Advancement Project, a multi-racial civil rights organization founded by a team of veteran civil rights lawyers in 1999.

Hair added: “The law was intentionally designed to focus with laser-like specification on those aspects of voting that would that would most hurt people of color.”

In a statement following Holder’s announcement, Barbara Arnwine, executive director of The Lawyers’ Committee for Civil Rights Under Law said: “What was once a bad photo ID bill that was making its way through the North Carolina legislature became a compendium of even worse voting policy that was thrown together once the State saw its chance to avoid Section 5 review under the Voting Rights Act after the Supreme Court’s decision in Shelby County v. Holder.”

Arnwine continued: “North Carolina’s own data demonstrates that this law will have a clear discriminatory impact on African-Americans and other minority voters, and the Department of Justice was absolutely correct to challenge this law. The Department’s action sends an important message to other states that they should expect a fight if and when they attempt to roll back the clock on voting opportunities.”

Inside Jesse Jackson’s Negotiation to Win Release of U.S. Vet