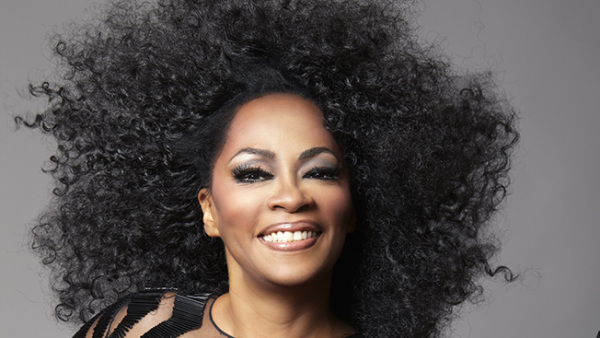 By Mary L. Datcher
Speical to the NNPA via The Chicago Defender

If you grew up in the era of cultural identity, sexual exploration, political uprise and post-Vietnam—most likely you’re either a baby of the late 60’s and 70’s period. Each of us could probably recount a song, album or musical artist that influenced our daily moods. As we developed our musical palette into the 80’s, the world of hip hop, punk rock, funk and post disco transcended into dance—launched the power of a new generation of young women entertainers who took centerstage.

Among this breakout group of artists, was Jody Watley—a former member of the R&B group, Shalamar. A native of Chicago, Watley relocated and was raised in Los Angeles often gracing the Soul Train dance floor. Signed to Dick Griffey’s Solar Records, Shalamar was a regular fixture on Soul Train. Joining the group at the age of 18, Watley shared the spotlight with fellow group members; Jeffrey Daniels and Howard Hewitt. The group topped the R&B charts with hits such as “Second Time Around”, “A Night to Remember” and “There it Is” making them one of the most sought after groups on the international circuit. After a 3-year run with the group and creative differences, Watley left the group.

“As a child I wanted to do a lot of things – sing, dance, design and own my own business. The beginning days of Shalamar was a learning experience for me from ’77-’83 over the course of those albums there was a lot going on. The business was wrong, no one in the group was getting along and my Dad had died in 1982. It changed my life. I didn’t want to take things for granted, not wasting time, not wanting to be around people who were negative.” she said.

Soon after, she moved to England for some soul searching, where she participated on the Band Aid charity concert organized by rockstar, Bob Geldof to raise money for anti-poverty efforts in Ethiopia.

She explained. “When I left the group in ’83, most of all I wanted to be happy in my life. As long as I’m happy, I’m good. I moved to England and lived there for 3 years. I made a plan for myself in what I wanted to do, what kind of music I wanted to do. I was able to do something that not many singers from a group are able to do. To establish your own identity and create hits on your own. It doesn’t happen that often.”

Returning to the U.S., after a couple of years performing at the Band Aid charity concert, she pursued her dream of going solo as an artist. At the time, Jheryl Busby was the President of the Black Music Division at MCA Records and signed Watley knowing she had a unique appeal with the potential of crossing over into the Pop music market. Watley trusted him immensely.

“Coming back to the U.S. and I met with the various companies. When I met with Jheryl Busby, we just connected right away. He got my creativity, he instantly appreciated the fact that I knew what I wanted. All of artists at the time, had looked the same to me.” she said.

“My first album cover, I wanted to be black and white because it’s timeless. I like classic Hollywood glamour. He said, ‘black and white’ album covers don’t sale and I told him mine was going to sell. He loved it and had so much respect for me from the beginning. It wasn’t because I was girl, or just trusting the label but as a woman he empowered me. He empowered MCA Records to rally with us and me to make it happen.”

As we witnessed her rise as one of the most influential Pop music entertainers during the late 80’s into the 90’s, Watley earned a Grammy for Best New Artist, for her debut single, “Looking for a New Love” following up with another hit, “Still a Thrill”. She’s been recognized for numerous accolades for a style fashionista, gracing international magazine covers and holding her place among Pop music royalty like Madonna, Janet Jackson and Tina Turner.

“Through the moments when some people at the company didn’t think I sounded Black enough or I wasn’t street enough. Not everyone is going to get it but that’s how you become a trendsetter. I’m not trying to be Janet Jackson. I’m a freestyle girl, I’m doing fashion – the jumbo hoop eye rings, the ripped jeans so they were like, ‘what is this?’”

Most of us can remember her collabo with Hip Hop Gods, Eric B. and Rakim on “Friends” infusing R&B Dance with Hip Hop meshing the two worlds together.

With the music industry changing, being married, divorced and raising two children as a single mom—has not stopped Watley’s continual drive in her career. She’s taken time out in between projects to raise her children, nurture her independent label and release music throughout the last couple of decades.

“My daughter just graduated from college. My son is currently in college so in the midst of being ‘Jody Watley’ , to be a sane person and to have grounded children is really number one. I’ve never been afraid to step away from the spotlight and take my son and daughter to their school events. To be there to cheer them on because time goes very fast.”

Today, we still see her influence with the next generation rocking the mega hoop earrings, chunky gold jewelry, ripped jeans and a freestyle spirit of creating trends from Beyonce, Nicki Minaj, Miley Cyrus and others. Everything goes full circle.

“I was determined to have it to be my own style–how I looked, the songs I was writing, who the photographers were and who I was working with. It was an easy transition and I still enjoy being a solo artist. The unique thing with the new Shalamar it feels very collaborative. It’s refreshing for me to not think of every detail.”

Watley not only has a new project gearing up for a summer release but she has recently brought together new members to launch the new Shalamar. After years of re-issues of the Shalamar catalog through various companies between the U.S. and abroad, Watley was frustrated at her likeness and image being misused. After a long search and the advice of her attorney, she found out the group’s name had not been trademarked.

“In life and in business, you have to have good people around you that are trying to protect you. That’s what led me to it. It was a thorough process for two years so that there was no shady business going on. With a trademark, it’s a long and exhaustive process. So, with a brand – what do you do with it? How can you make it fresh and honor the legacy of it but also bring some younger people on board? Make it something that is marketable and not for just the older fans – the classics.” she said.