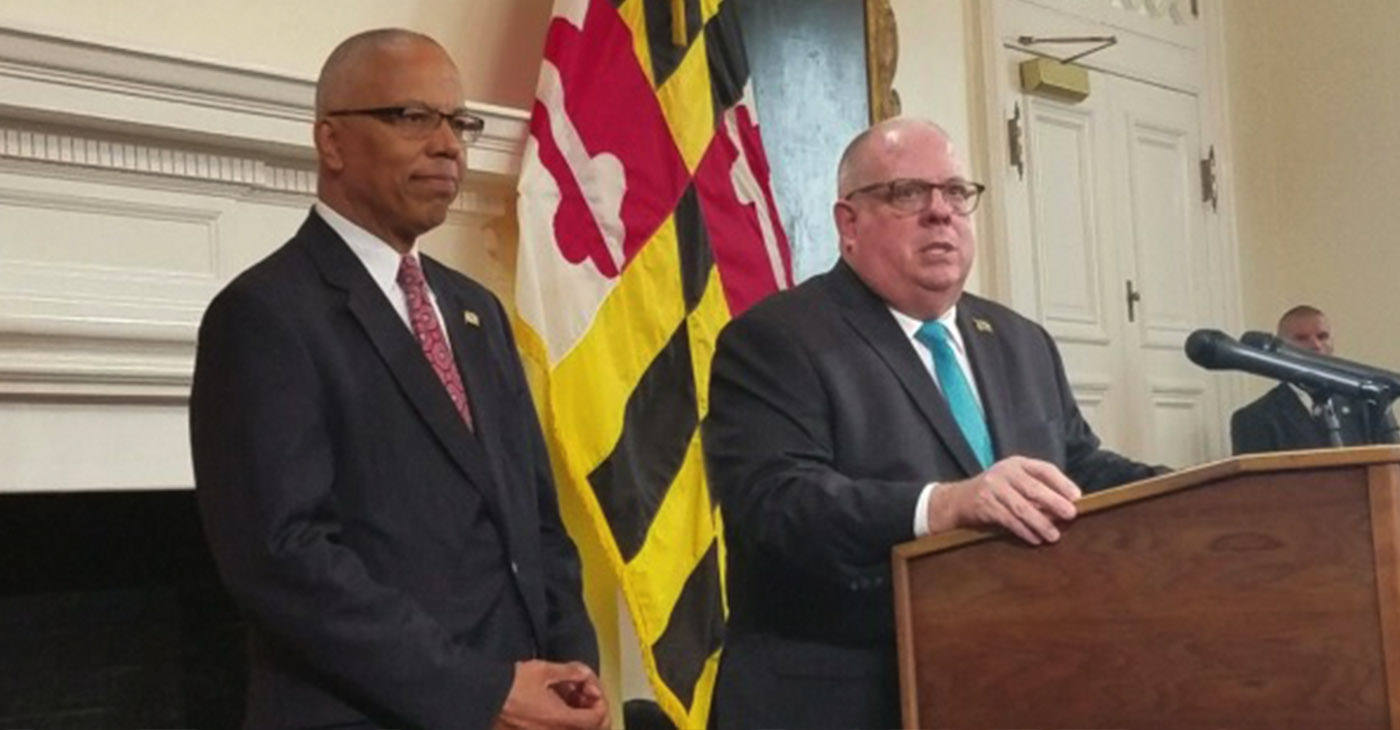 ANNAPOLIS — One day after Republican Gov. Larry Hogan’s historic victory for a second four-year term in a largely Democratic state, he laid out plans to continue with the same formula.

Hogan said Wednesday during a press conference inside the State House that his administration would continue to seek tax cuts, environmental protection of the Chesapeake Bay and accountability in local school systems.

Most important is working in a bipartisan fashion, stressed Hogan, who became the first Republican re-elected as Maryland governor in 64 years.

“From day one, we tried to govern differently,” said the governor, who was joined Wednesday by Lt. Gov. Boyd Rutherford. “I didn’t care what side of the aisle the ideas came from. I didn’t govern as a Republican. I was a governor for all the people.”

On Sept. 4, the first day of school in the county, Hogan announced an executive order to create an Office of Education Accountability, which will oversee items such as grading requirements, budgets and child abuse.

Hogan used his everyman persona to appeal to voters, especially during his first year in office when he publicly detailed his battle with cancer and assisted in handling the Baltimore City riots in the wake of a Black man’s death while in police custody.

Hogan received 30,845 votes in the city four years ago when he defeated former Lt. Gov. and current Rep. Anthony Brown (D). On Tuesday, Hogan picked up 54,136 votes in Baltimore, a 75 percent increase.

The Maryland Democratic Party pushed the message to voters that another Hogan term would effectively be a vote for President Donald Trump. It worked in local races, where all GOP incumbents lost in county executive races in Anne Arundel, Baltimore and Howard counties.

A few hours after the press conference, judges in U.S. District Court ruled a map of the 6th Congressional District as unconstitutional and that a state panel must redraw a new map within two years. The current area stretches from parts of Montgomery and Frederick counties to western Maryland.

“It will redress a serious, ongoing constitutional injury and enable a large number of Maryland voters to more fully participate in congressional elections,” the court document stated. “We are confident that the state, if it acts diligently, will have little trouble devising an alternative map in time for the 2020 election.”

As for Tuesday’s election, Hogan won 21 out of 24 jurisdictions. Although Democratic challenger and former NAACP President Ben Jealous won Prince George’s County with 209,485 votes, Hogan garnered 83,595 in the county, a 156 percent increase from four years ago when he and Rutherford received about 32,620 in the state’s second-largest and majority-Black jurisdiction.

Three voting precincts in Prince George’s ran out of paper ballots Tuesday, causing voters to wait in line for hours. The Maryland Democratic Party issued a statement ensuring those in line by 8 p.m. could still vote.

Meanwhile, State’s Attorney Angela Alsobrooks, who ran unopposed to become the first woman elected as county executive, on Wednesday opened a transition office in Largo to begin preparation for her administration.

A preliminary report on the reorganization is expected as early as January with a final version issued in February.

Alsobrooks, who will be officially sworn in next month, posted an introductory statement at  http://www.alsobrookstransition.com.