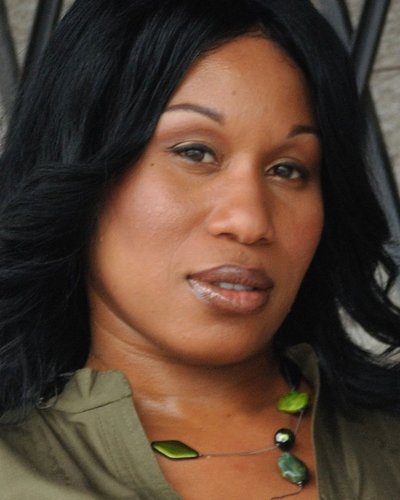 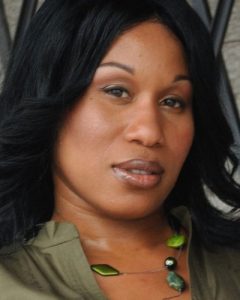 Pebbles Ward who is a cast member on hit reality series “South Beach Tow” reached out to the Hip Hop Union for help.  She said it was a life or death situation and she had nowhere else to turn.  I asked her to explain to me how the Hip Hop Union could assist.  She said, “I have headaches, nose bleeds, numbness, vomiting of blood, shortness of breath, dizziness, back pain, chest pain, and I can’t even walk some days.  The hospitals can’t help.  They said I need a special surgeon.”  She went on to say “We need to raise a minimum of $13,000 to remove this deadly substance from my body.  If I don’t have surgery I could die.  So please help me have this surgery so I can be here to raise my kids.”

I am thinking OMG what could be wrong?  She said she has cement oozing down her leg because she received an illegal butt injection in 2004 by a fake doctor.  My response was, “You allowed a doctor to come to your house and inject you with cement because you wanted a bigger derriere?”  She replied, “Yes.”

For the past few days, I’ve been at a lost for words as I reflected on our conversation.  I can’t say I haven’t noticed the influx of ‘Super Booty’s’ in hip hop.  And I can’t say I haven’t wondered what has been distorting these young women’s bodies.  Then, I realized this is a quiet epidemic that is hovering below the radar. It’s time for us to address it.

Remember the 20-year-old British tourist, Claudia Seye Aderotimi, while in pursuit of a career in hip hop, lost her life to Philadelphia’s “Black Madam” in February 2011 as a result of fatal silicone buttock injections at an airport hotel?

Or how about Apryl Brown, a British woman who lost both her hands and feet, as well as her buttocks, after getting black-market silicone injections that turned out to be comprised of bathroom sealant?

I can’t fathom the feeling that leads any woman to change her physical attributes, let alone allowing unlicensed individuals to come into their homes to perform “pumping parties” and inject them with foreign substances, including bathroom caulk, cement, super glue, Fix-a-Flat, and mineral oil. Is hip hop to blame for this growing practice?

The first time I saw “Buffie the Body” was in 2005 at the Entertainers Basketball Classic at Rucker Park in New York City.  Every man, woman and child strained to get a better view of her backside. And what they saw was unreal — literally.

There wasn’t a man that she walked by who didn’t start drooling and wagging his tongue.  Some females might see power in having men chase behind them and be the center of all their fantasies.  I suspect many of these females were bullied and/or have incredibly low esteem to risk their lives by undergoing such a dangerous procedure. The irony is that just like anything else in hip hop, when something is hot, everybody runs and does it.  No matter how stupid.  While “Buffie the Body” was a rarity in 2004, the big butt syndrome is now a normal attraction at strip clubs and in hip hop videos.  The woman’s role in hip hop has been diminished not because there are no women recording music, but because in hip hop, women represent a man’s ultimate fantasy.

Cash Money recording artist Nicki Minaj reminds me of a scene from the 1985 movie “Weird Science.”  Two nerds were trying to figure out how they could become more popular and created the perfect woman to gain the attention they desired. Now, fiction  overlaps reality; nearly every young woman’s dream is to experience the success on the level of  Nicki Minaj.  It’s common knowledge that Nicki underwent extensive cosmetic surgery and now is a megastar.  Just like “Weird Science.” Cash Money resurrected a human barbie doll and market her likeness every day.  Her image is being implanted into the minds of young girls who aspire to be like her. What message are we sending when the only way they can be like her is to reject their natural attributes?  Vanity Wonder, author of Shot Girls, recalls how her fixation with the injections became a competition with other women in the strip clubs.  She then became infected and felt the need to continue getting  butt shots to cover up the lumps from hardening silicone.

What has our world become when people are preying on individuals seeking to improve their appearance using deadly substances? What type of fantasy world are our men living in that butt augmentations are the requirements for conversation?  What is happening to our precious young women who apparently are not satisfied with who they are?  This all circles back to education.   If we spend more time making sure our young people are educated and can see value in their lives, we wouldn’t have to hear sad stories of people trying to make a living under these circumstances.  Many people argue that these women and transgender men choose their fate when they place their lives in the hands of the unknown.  That’s true, but they don’t deserve to die for a bad decision.

You can help save Pebbles Ward by donating to gofundme.com/2gpr3g