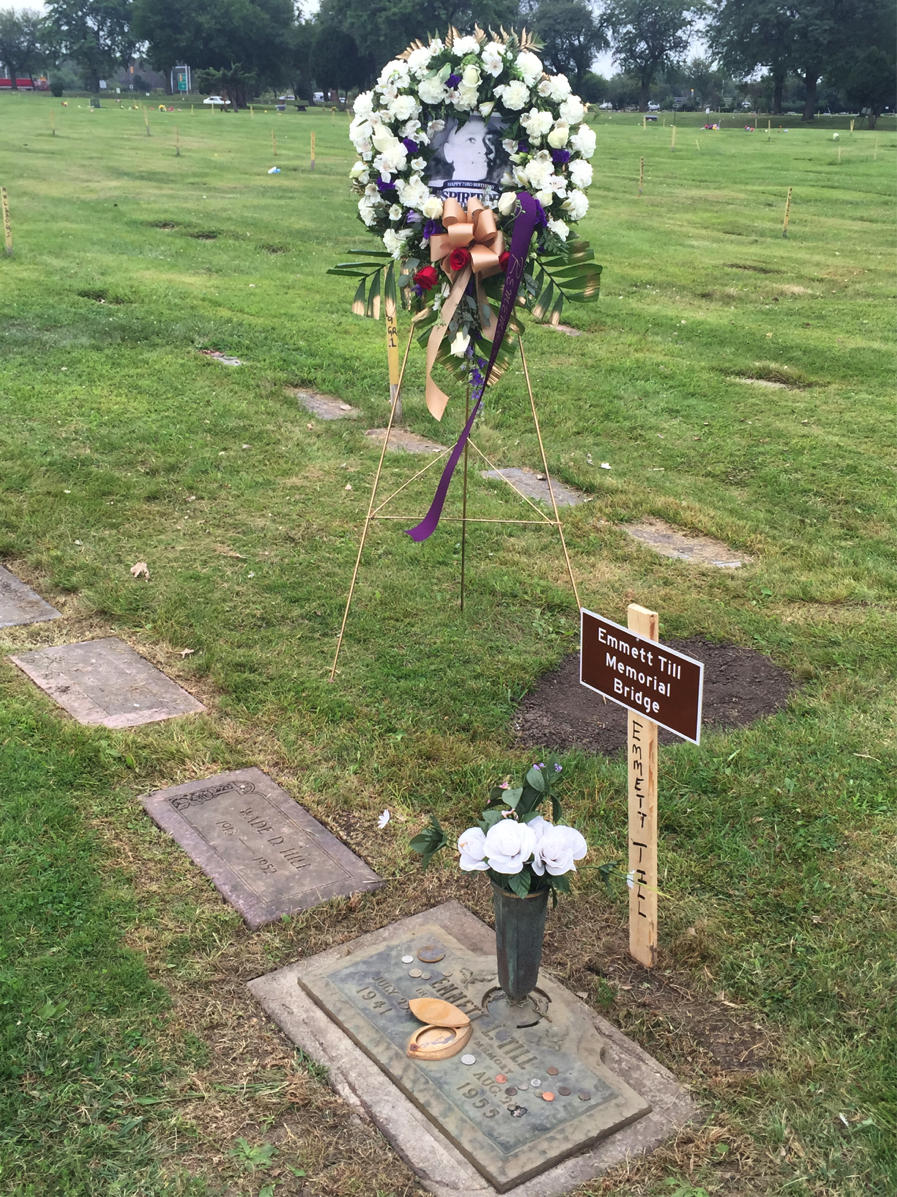 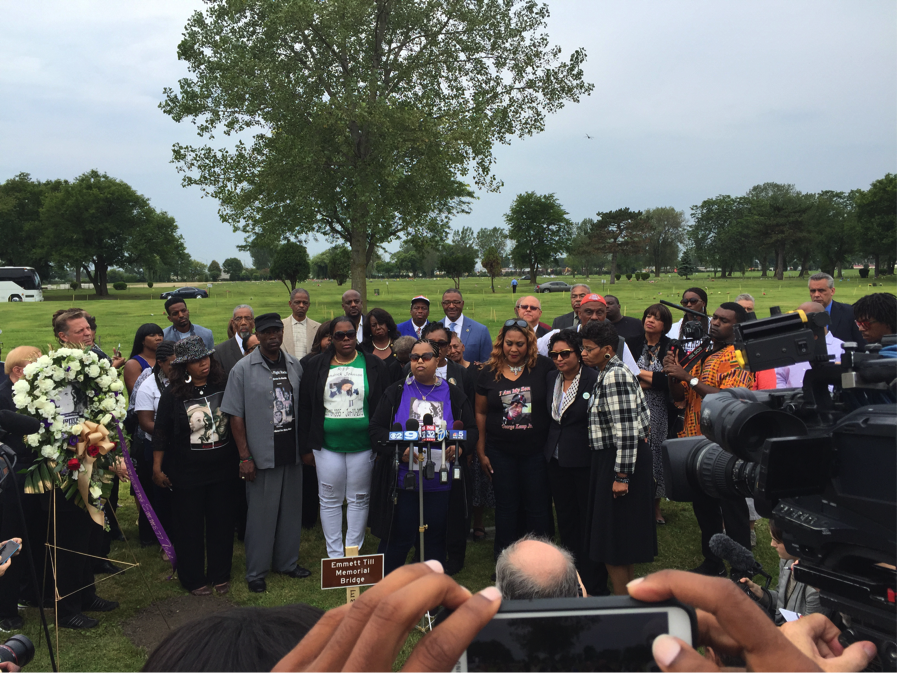 By Erick Johnson
Special to the NNPA from Chicago Crusader

CHICAGO (NNPA) – It was Geneva Reed-Veal’s turn to speak about her life after the death of her daughter, Sandra Bland.

The room was silent as Reed-Veal gathered her thoughts.

“I’m tired. I’m tired of crying and tired of talking. But I’m not tired of fighting,” she said as cheers erupted from the crowd.

Reed-Veal was among several grieving mothers who commemorated the 60th anniversary of Emmett Till’s death during an emotional dinner tribute at the Hyatt Ryatt Regency McCormick in Chicago on Friday, August 28, the exact date of the 14-year old brutal murder by two White men near Money, Miss.

The dinner was part of an intense weekend of events that rekindled strong memories of a highly publicized murder whose killers were never brought to justice, even though they acknowledged murdering young Till, who was visiting from Chicago.

The memories stirred up emotions among mothers who have lost their children to violence in recent years. On Friday at the dinner, they expressed their pain and challenged approximately 200 guests to channel their anger with activism and fight for justice for their children and the future of Black youths in America.

“People ask me why I don’t smile all the time, but it’s not a joke, I lost my child. This is serious, “ said Sybrina Fulton, the mother of 17-year old Trayvon Martin, who was killed by George Zimmerman, a former neighborhood watch captain in Sanford, Fla. in 2012. Zimmerman was acquitted of murder charges a year later.

Sandra Bland, a 28-year-old Black woman from Chicago, was found hanged in a Waller County, Texas jail cell July 13 after she had been arrested three days earlier by State Trooper Brian Encinia on a minor traffic charge.

“For those of you who say, ‘I’m Sandra Bland,’ don’t say it if you’re not going to do anything,” said Reed-Veal, who filed a wrongful death lawsuit against Texas law enforcement officials in connection with her daughter’s death.

On Friday, the life and death of Emmett was revisited at Roberts Temple Church of God in Christ in Chicago’s historic Bronzeville community, where faith leaders kicked off an anniversary weekend to remember Emmett Till, whose funeral was held at the same church on September 6, 1955.

Till was abducted, brutally beaten and killed on August 28, 1955. His body was found in the Tallahatchie River grossly disfigured and weighted down with barbed wire tied to a large cotton gin fan.

Many young Blacks in the South were lynched and killed during the Jim Crow era, but Till’s brutal death would draw immense publicity after his mother, Mamie Till Mobley, allowed an open casket funeral to show the world what was done to her son.

Emmett’s killers, J.W. Milam and Roy Bryant, were acquitted of murder charges in a trial that lasted only one hour. The injustice of Emmett’s death would be painful reminders today for grieving mothers who lost their children in past years to police incidents that continue to fuel concerns that racism is still pervasive in America.

Today’s younger generation wasn’t born when Till was killed or when the modern Civil Rights Movement erupted in the late 1950s and early1960s. And as the years go by and older Americans die, there is concern that Till’s death and legacy will be forgotten.

But on Friday, a 70-car motorcade procession rode through Chicago’s South Side neighborhoods before it stopped at Burr Oak Cemetery in Alsip, where a wreath with white roses and carnations was placed next to Emmett’s grave. Dozens participated in the somber ceremony that included speeches, musical tributes and poetic messages calling for social justice for Blacks.

At the cemetery, the crowds visited the graves of Mamie Mobley and Moses Wright, Emmett’s great uncle, whose house Emmett was sleeping in before he was taken away and killed. Wreaths also flanked those graves.

Father Michael Pfleger, a charismatic leader of Saint Sabina Church on Chicago’s South Side, said Emmett Till’s death must not be in vain.

“Today, we remember Emmett, Mamie and all the children who lost their lives in this country,” he said.

The ceremony was attended by Wheeler Parker, pastor of the Roberts Temple Church of Church in Christ. Parker was at the home in Mississippi where Emmett was taken on the night he was kidnapped.

“To me, it was like a nightmare that I wish never happened,” he told a reporter.

“It’s on my mind everyday. How could that have happened in one of the most religious parts of America?”