Floyd Mayweather Vs. Ronda Rousey: By The Numbers
Advertisement 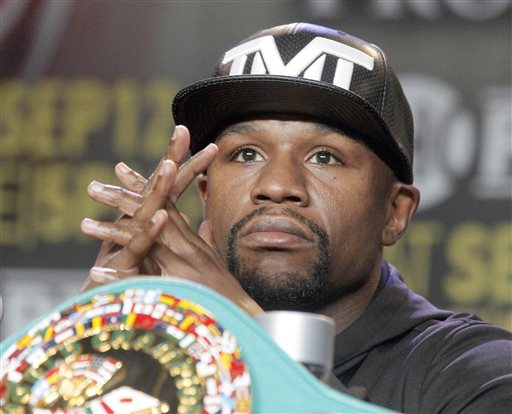 (Forbes) – The verbal feud between Floyd Mayweather and Ronda Rousey ramped up this week when Rousey claimed in an interview with TMZ Sports that she earns more per second than Mayweather. She added the zinger: “When he learns to read and write, he can text me.”

Mayweather fired back with a statement to TMZ via one of his TMT (The Money Team) crew on Thursday: “Big Bank take Little Bank. Let’s play and see how much money you got.”

Mayweather also invoked his place atop Forbes’ list of the world’s 100 highest paid athletes, which included only two women, neither named Rousey. “Last time I checked I was #1 on Forbes. She will never be at my status. Keep trying to get publicity,” Mayweather added.