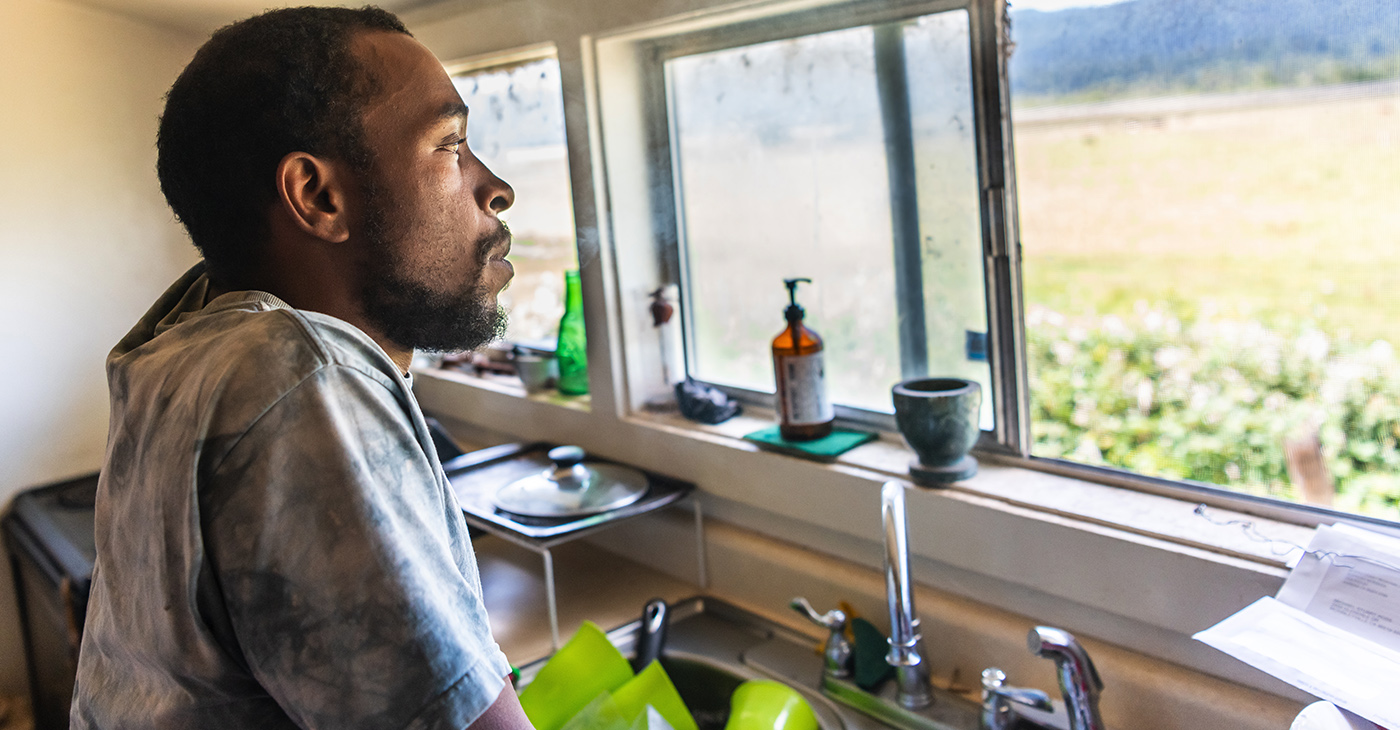 “…the pandemic is exacerbating problems such as homelessness and unemployment and health conditions such as diabetes. This is dramatically increasing anxiety levels for many in South Florida’s African American and Afro-Caribbean communities.” (Photo: iStockphoto / NNPA)

By Jon Jeter, The Minnesota Spokesman-Recorder

Similar to Hurricane Katrina 15 years ago, the global coronavirus pandemic is shining a light on America’s racial fault lines. By whatever trope you choose to deploy—“last hired, first fired,” “When White America catches a cold, Black America has the flu,” or “Your Blues ain’t like mine” — People of Color generally, and the 42 million descendants of chattel slaves, specifically, will experience this almost Biblical scourge in ways that are very different from Whites.

A nurse reports that White nurses began disappearing from her central New Jersey hospital around the first week of March, applying for vacation and leaves of absence just as the number of coronavirus cases in the U.S. was beginning to skyrocket.

As the hospital admitted more and more infected patients, they announced that all time-off requests would be denied, leaving mostly Black and Brown nurses to cope with the worst global health crisis in more than a century.

But that’s not all. Running short of surgical masks and hand sanitizer, a nurse at the hospital recently was exposed to a patient infected with the coronavirus; her coworkers are on pins and needles, nervously awaiting her test results.

“While most facilities like the one I work at have turned away any new admissions, we’re still taking admissions,” wrote one nurse, a Latina with 15 years of experience. She surmised that hospital executives hope to profit from the growing caseload.

While Washington, D.C.’s Metrorail has been largely emptied of its professional class of passengers, reductions in the city’s bus service have made it difficult for its darker and poorer customers—many of whom work in government jobs considered “essential” or the service sector and either do not have sick pay or cannot afford to take the day off—to practice social distancing on buses teeming with riders. Near the end of March, a Metrobus driver tested positive for the novel coronavirus.

“It’s impossible to socially isolate in a sardine can,” said Rohan Edmonson, 40, who lives in the D.C. suburb of Silver Spring and works on Embassy Row.

The measures are beginning to take: Williams said he rode his bicycle on a typically bustling roadway near his suburban Miami home last week and only encountered one vehicle on the road, a scene that is redolent of post-hurricane Florida. The challenge, however, is that “a lot of very low-income Miamians live in motels, and many are now being asked to leave because of the shutdown,” said Williams. This is “creating another crisis, since they will now add to the already striking numbers of homeless people on Miami’s streets.”

A Haitian-born American woman who works for a major healthcare provider agreed, saying that she has found that the pandemic is exacerbating problems such as homelessness and unemployment and health conditions such as diabetes. This is dramatically increasing anxiety levels for many in South Florida’s African American and Afro-Caribbean communities.

In Harlem, Margaret Kimberley, an author and columnist for Black Agenda Report, wrote on Facebook: “People are riding the subway, but there are so few that you really can practice social distancing even on public transportation. I’d say half of the people I see outside are wearing masks, myself included. Some are makeshift affairs, scarves tightly tied around the mouth for example. . .

“To prevent people crowding onto buses,” Kimberley continued, “we are now allowed to enter through the back door. This is something poor people always did. Now everyone can ride for free… I got my hair braided yesterday, the last day before beauty shops had to close. I wasn’t alone, but there were a lot fewer people than you would see there on a normal Saturday. I went but wore my mask.”

Perhaps the most jarring description from Kimberley was the gallows humor that has descended on Harlem’s Black community as many discuss the Trump administration’s plans for emergency grants. “Lots of folks are out of work. People are making jokes about getting checks from Trump but I think it is no joke. Folks were struggling before this, and the $1,000 they’re expecting will come in handy.”

It is by no means strictly doom and gloom, however. Across the country, communities are banding together to help each other weather the storm.

Activists with the Community Ready Corps are distributing Corona Kits—hand sanitizer, N95 masks, and brochures—immune-boosting care packages of garlic, ginger, turmeric, lentils and oats, and even books to Oakland’s Black community focusing on the elderly, the sickly, and even stir-crazy kids.

Opened four years ago amid a food desert on Indianapolis’ east side, the Trap has pivoted sharply to a web-only eatery that is preparing to ship its shrink-wrapped healthy seafood nationwide. A retired schoolteacher in New Jersey volunteered to knit surgical masks for mostly nurses of color treating coronavirus patients at a local hospital.

Jon Jeter is a freelance journalist writer and social critic He formerly worked for several major newspapers, including the Washington Post before becoming an independent journalist.

COMMENTARY: Who Gets the Ventilators?