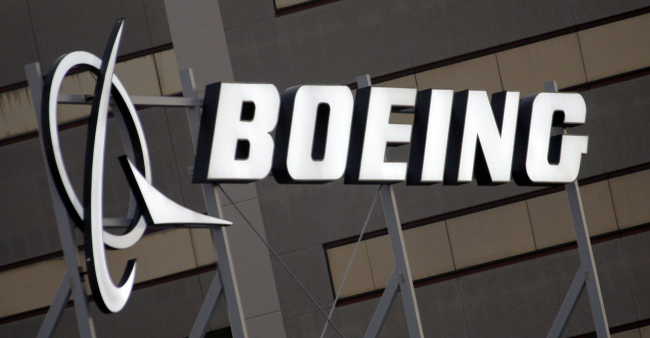 In this Jan. 25, 2011 file photo is the Boeing Company logo on the property in El Segundo, Calif. (AP Photo/Reed Saxon, File)

(Politico) – A small crop-duster manufacturer and a Texas company that exports oil equipment fret about losing 25 percent to 40 percent of their sales. The president of a trade-financing firm says many of his 1,000 clients could see their Christmas season business plummet. And Boeing said Wednesday that it is considering moving portions of its sprawling operations overseas, reversing past efforts to keep manufacturing jobs in the U.S.

That’s all a result of the demise of the Export-Import Bank, which is forcing companies large and small to ponder potentially wrenching changes as Congress prepares to leave town without acting on efforts to resurrect it. The August recess means that any rescue is at least a month away, if not longer, leaving export-dependent businesses to get by without the array of assistance the New Deal-era agency offers.

“We’re really frustrated,” said Tyler Schroeder, a financial analyst at the 265-employee company Air Tractor, which makes firefighting and agricultural aircraft and is based in the 3,000-person town of Olney, Texas. “We’re at a loss how Congress can literally go on vacation and just say, ‘Good luck, guys.’”

Gary Mendell, president of trade financier Meridian Finance Group, said export credit agencies in other countries are already taking advantage of Ex-Im’s expiration to lure away business from U.S. companies. “They’re gleeful about it, and I don’t blame them,” Mendell said. “Those foreign competitors are going to customers in other countries and saying, ‘Hey, you don’t know if your U.S. supplier is even going to be able to ship to you and give you the payment terms they’re promising in their quote, because look what’s happening with Ex-Im Bank.’”

The Economy Keeps Getting Better, but Young Adults Keep Living With Mom and Dad