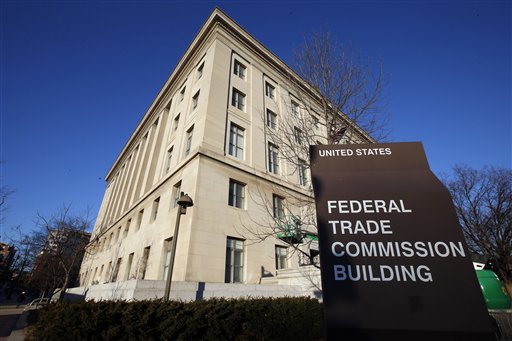 WASHINGTON (AP) — The University of Phoenix, which runs an online college popular among military veterans, is under federal investigation for possible deceptive or unfair business practices, its parent company the Apollo Education Group told shareholders Wednesday.

The for-profit, publicly traded company is the largest recipient of federal student aid for veterans and often a sponsor at military education and employment events. Since 2009, when the GI Bill expanded student aid benefits for veterans, the University of Phoenix online program has collected more than $488 million in tuition and fees for veterans — a figure that dwarfs nearly every other institution identified as a GI recipient by the Department of Veterans Affairs.

In a filing to the Securities and Exchange Commission, the company disclosed that it had received a “civil investigative demand” from the Federal Trade Commission this week. According to the document, investigators asked for information on a “broad spectrum” of matters, including marketing, recruiting, enrollment, financial aid, tuition, academic programs, billing and debt collection, as well other facets of the business. The filing lists “military recruitment” as one of the areas the FTC is examining.

The filing said Apollo is “evaluating the demand and intends to cooperate fully with the FTC.”

The FTC probe is the latest of several state and federal investigations into the for-profit college industry. Critics say many of these colleges are aggressive in recruiting students who qualify for large amounts of federal student aid, including GI money. But the credits often don’t transfer to other schools and aren’t recognized by employers.

Industry officials say they are unfairly being scrutinized, and say for-profit schools have expanded education opportunities to communities that wouldn’t otherwise have access.

On July 1, new federal rules went into effect for any school with a career-training program. Graduates have to be able to earn enough money to repay their student loans, or a school risks losing access to financial aid. Consumer advocates say the regulation is a first step toward reining in the industry. But, they add, because the regulation looks at employment rates for graduates, it won’t affect schools with high dropout rates.

The University of Phoenix has collected more than a half a billion dollars in GI assistance since 2009. While its online program received $488 million, its campuses also took in large sums to educate vets. In San Diego, Calif., for example, its campus received $134 million in GI tuition assistance, while its campus in Costa Mesa, Calif., received $122 million.

By comparison, the top recipient of GI tuition assistance among public institutions is the University of Maryland-University College, with $150 million in GI tuition since 2009.