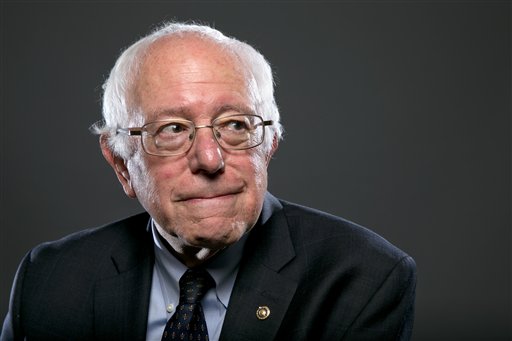 In this photo taken May 20, 2015, Democratic Presidential candidate Sen. Bernie Sanders, I-Vt., poses for a portrait before an interview with The Associated Press in Washington. (AP Photo/Jacquelyn Martin)

(Politico) – The presidential campaign of Sen. Bernie Sanders was supposed to put leftward pressure on Hillary Clinton. Instead, it’s Sanders who has become the left’s punching bag.

Sanders has been sandbagged by Black Lives Matter protesters for not prioritizing solutions for institutional racism, knocked by immigrant advocates for arguing that too much immigration would depress wages and had his bona fides on campaign finance reform challenged by new Democratic party presidential aspirant Lawrence Lessig.

Meanwhile, Clinton is getting off light, as she skirts progressive wish list items like restoring Glass-Steagall bank regulations, scuttling the Trans-Pacific Partnership and blocking the Keystone pipeline—issues where Sanders’ aligns strongly with the left.

So why can’t Bernie win? To borrow a phrase from Sen. Elizabeth Warren: the game is rigged.