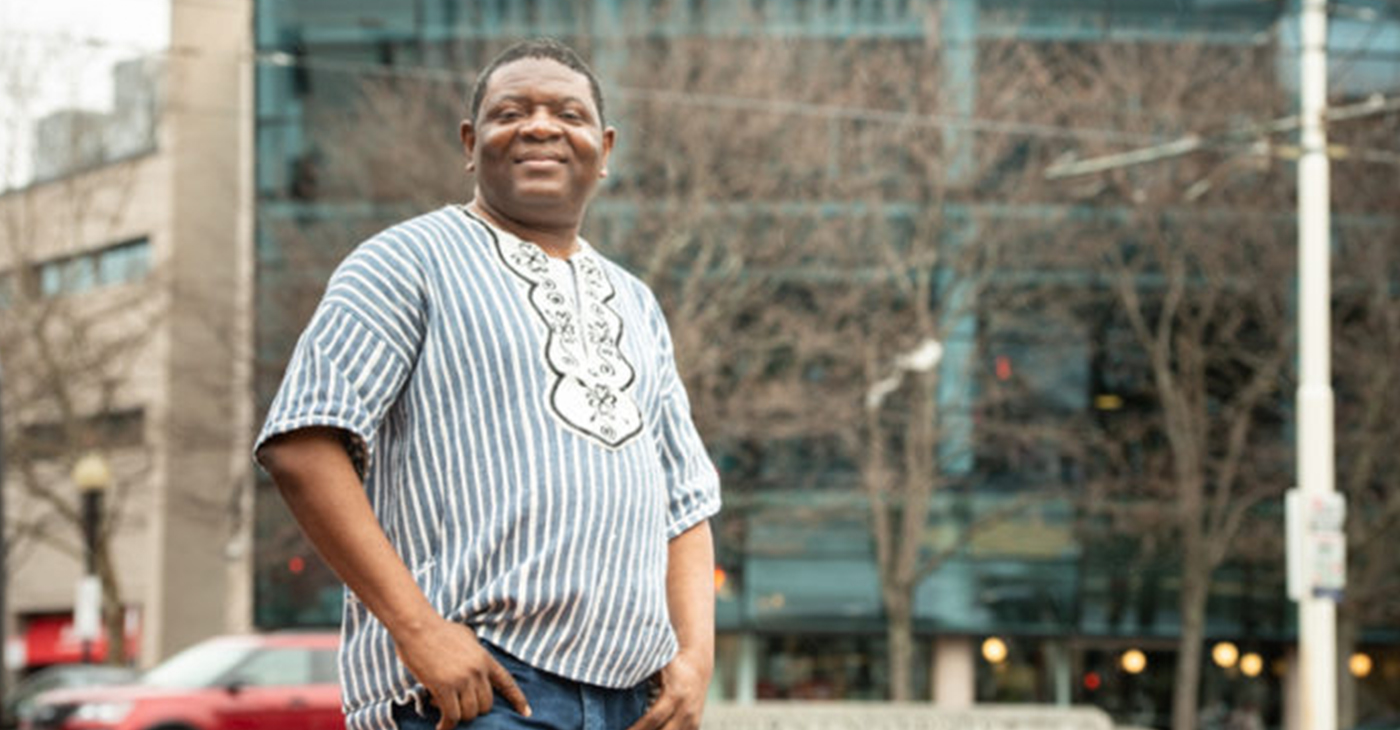 Multinational corporations who seek weak democracies, high rates of poverty, and untapped resources, seem to make a beeline for Liberia which has struggled to overcome two wars and the devastating pandemic of ebola.

As a result, “Liberia has been taken over by multinational corporations exploiting its resources at the expense of Liberians, especially the country’s working class that serves as cheap labor to these foreign companies.”

That was the bleak view of Moses Uneh Yahmia, writing for the Committee for the Abolition of Illegitimate Debt.

But when a palm oil company was poised to take over 800 square miles of lush forest, destroying the habitat, evicting communities and uprooting burial grounds, one local activist was propelled into action.

“It was not just that they were destroying the forest,” said Alfred Brownell, activist and environmental lawyer. “They were also working with the local government officials who were threatening, harassing and intimidating the communities… It was total annihilation.”

The lawyer and his colleagues collected information from indigenous residents about the destruction of homes, sacred sites, warriors’ graves and the forest in Sinoe County.

The company has since “voluntarily withdrawn” from the Roundtable after its Complaints Panel confirmed a series of ongoing violations, including failure to implement adequate free, prior and informed consent procedures, destruction of sacred sites and coercion and intimidation of community members to sign agreements with the company.

“Palm oil companies will not just displace [people in affected communities], but their culture, their history, their value, their traditional institutions, will all be completely altered,” says Brownell, founder of the Liberian lawyers network Green Advocates.

In October 2016, facing threats to his life, Brownell and his family sought refuge in the US, where he became a distinguished scholar in residence at Northeastern University. There, he teaches a course of human rights and global economy.

This week Brownell will be among 6 winners of the 2019 Goldman Environmental Prize – dubbed the “Green Nobel Prize” – for exposing the alleged abuses by Golden Veroleum Liberia. Prizewinners will be honored by former Vice President Al Gore. The prize carries a $200,000 award.