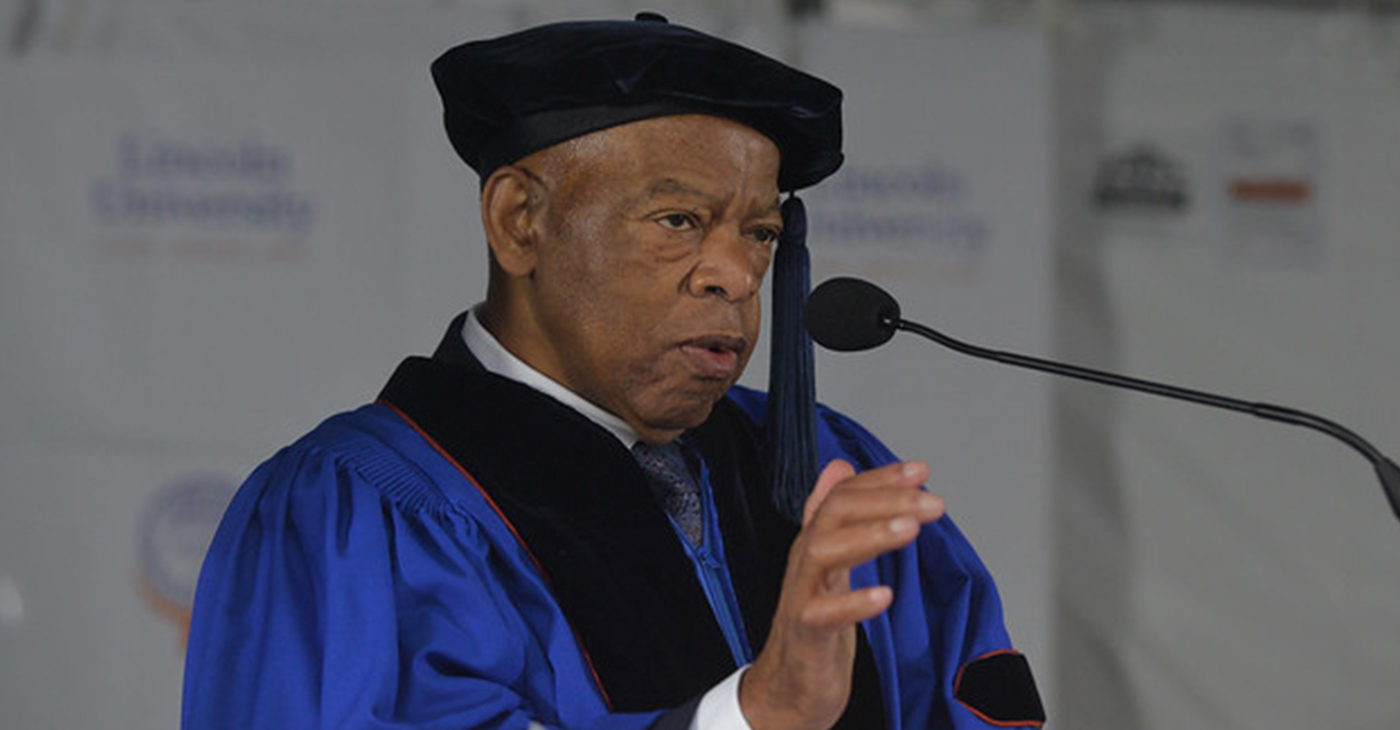 By The Charleston Chronicle.

Lincoln University, the nation’s first degree-granting HBCU, advanced its legacy as more than 400 members of the Class of 2019 graduated during the 160th Commencement.

This year graduates and their loved ones heard from renowned congressman and civil rights icon, Representative John R. Lewis.

Lewis assumed office January 3, 1987, and has been serving Georgia’s 5th District in the United States House of Representatives for the past 30 years. He is often referred to the “conscious of Congress.”

Lewis, who earned an honorary Doctor of Humane Letters during Commencement, referred to Lincoln as “the first historically black college chartered in the United States,” and reflected on the legacy of esteemed Lincoln graduates. “What a great history you have,” said Lewis. “Thurgood Marshall, Kwame Nkrumah, Langston Hughes, one of the founding fathers of Ghana, and a founder of Nigerian nationalism were all graduates of Lincoln,” Lewis continued.

Before ending his address, Lewis encouraged the newly minted graduates to enjoy their day and to get ready to work after celebrating.

“Today is your day, enjoy it,” said Lewis. “Take a long deep breath and take it all in. But after the parties are over, get ready to roll up your sleeves.”

Lincoln University honored Dr. Martin L. Kilson, Jr. ’53, posthumously with a Doctor of Humane Letters during the ceremony. Kilson’s daughter Hannah L. Kilson accepted the degree on his behalf. In 1969, Kilson became the first African American scholar to receive a full professorship at Harvard College. During his tenure at Harvard, Kilson wrote over 100 journal articles and co-authored several books that addressed effective political leadership and socio-economic issues for African Americans and emerging countries in Africa.

Under a cloudy sky and steady showers on the Thurgood Marshall Living Learning Center Lawn, the audience heard from valedictorian Bridget Baldwin, a health science major from Wilmington, Delaware, who encouraged students to think of today as the beginning of their future.

The Lincoln University Concert Choir, under the direction of Dr. Camilla J. Horne, performed a musical selection titled “City Called Heaven.” The symphonic band, under the director of Timothy Chambers and Jameel Judge, performed “Clowns.” The choir and band joined together for “Lift Every Voice and Sing.”

This year, undergraduates and graduate students wore custom regalia representative of Lincoln colors: dark blue with an orange stripe on the sleeve. Master’s robes were distinguished with oblong sleeves.

For the second year in a row, Commencement and the alumni Reunion Weekend overlapped and allowed members of the Class of 2019 to mingle with alumni at various events on campus including the Bull Roast BBQ.

The Commencement video and program are available online.