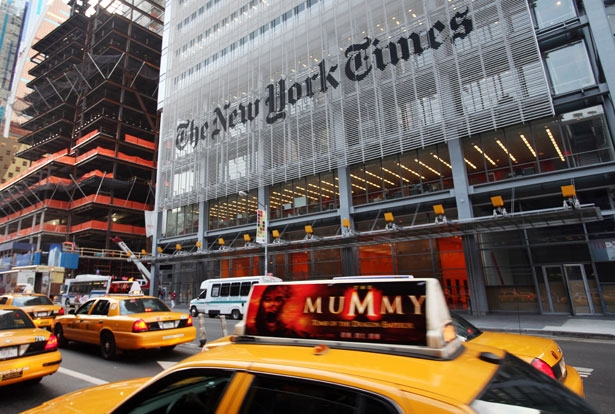 (USA Today) – Two dramatically contradictory views by the CEOs of the world’s two leading newspaper companies crossed each other in recent days.

Mark Thompson, CEO of The New York Times Co., once again pledged his company’s fealty and pegged its survival to the digital future. Robert Thomson, CEO of News Corp., the world’s biggest newspaper company and parent of The Wall Street Journal, aggressively attacked the digital world, in particular Google, in essence laying blame for the collapse of much of the newspaper industry at its door.

Mark Thompson is the former head of the BBC who was hired two years ago by the Times Co. proprietor and ultimate boss,  Arthur O. Sulzberger Jr., who has tried to make transformation and a kind of dernier cri his hallmark. Thompson’s mandate is to spearhead the long-term strategy for the paper — that is, to try to build a sustainable digital business financed by cash from the newspaper business before newspapers die altogether.

Robert Thomson is a former Financial Times journalist who defected to Rupert Murdoch’s News Corp., first to run The Times of London and then The Wall Street Journal. Reporting to Murdoch, 84 — who has spent his life in the newspaper business, earning billions from it and with billions still to defend it — Thomson heads all the Murdoch papers, spun off from the Murdoch entertainment holdings two years ago. Thomson’s job is to support Murdoch’s hoped-for legacy — that is, to have saved the very idea and business basis of the newspaper.