FILM REVIEW: The Bad Guys is a Good Film for Everyone 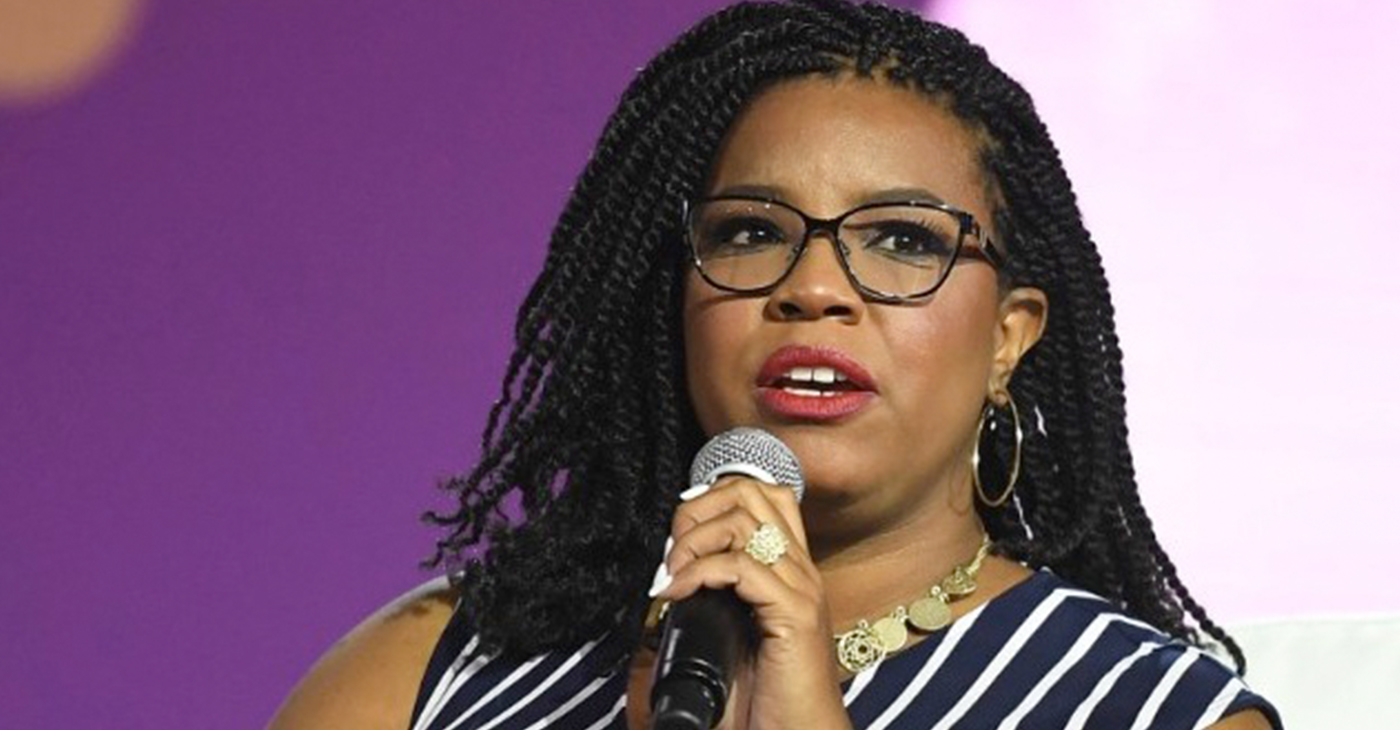 Reign, a writer, editor and a former attorney who frequently tweets about race, politics and pop culture, said she was compelled to tweet in 2015 watching the Academy Awards nominations being announced on national television and being disappointed about the lack of diversity in the nominations.

Her tweet #OscarsSoWhite went viral and a movement was underway.

“It was supposed to be a runoff hashtag,” she told a capacity crowd May 15 at the California African American Museum. “I was in my living room watching TV and Chris Hemsworth, who played Thor, announced the nominees for the Oscars. I immediately noticed that African Americans were not represented in any of the categories. I tweeted the hashtag #OscarsSoWhite and left for work.”

Reign said that hours later, she checked the tweet, curious about the reaction it may have generated and was stunned to find that it had gone viral.

“I thought that the lack of minority candidates for Oscar nominations in 2015 was a fluke,” she recalls, adding that she thought the hashtag would eventually fizzle out. But to Reign’s surprise, #OscarsSoWhite continued to go viral.

Reign said that the following year when people of color again failed to garner nominations, she realized that the exclusion was no fluke. Pausing, she added, “How white was the Oscars? It was snow.”

“People, especially black people, really caught on as to what was happening,” she said, adding that the tweet once again went viral.

Due to the overwhelming response on social media, Reign made a decision.

“I had to determine if this moment was going to be a movement. I decided to focus a spotlight on the need for equity and diversity,” she said, realizing that systemic change was needed within the entertainment industry.

Since the hashtag went viral in 2015, Reign has lectured at conferences and academic institutions nationally and internationally about the need for inclusion of marginalized groups historically excluded by Hollywood.

“The lack of inclusion isn’t just a race and ethnicity problem, it is also a problem with gender identity, sexual identity and age discrimination,” she said.

“Why don’t we have more black trans women, people with disabilities, gay men and Latinos represented?” she asked, adding, “We have never had a disabled person playing a superhero. Asian and LGBTQ people should raise their voices and speak out about [the lack of] inclusion, as well,” she said.

Although the academy still remains overwhelmingly white and male, Reign, a former editor at BroadwayBlack.com, hopes that it will continue its mission to double the number of women and minorities by 2020.

“The key is to make studio heads understand that the more diverse a project is, the more it will positively affect their bottom line,” she said. “It can’t be like a Band-Aid on a cancer. There is no putting Tussin on it and praying it away. That will not work. They have to make anti-racism part of the agenda every single day.”

The #OscarsSoWhite hashtag ignited globally as well. Producers, moviegoers, actors and activists in Germany, London, South Africa, New Zealand and South America began calling for inclusion and diversity in their own countries.

Reign was invited to attend the 91st Academy Awards earlier this year and despite the fact that movies like “Black Panther” and “Roma” received awards, she still believes that the #OscarsSoWhite hashtag needs to continue.

“Until we are no longer having these conversations about firsts in 2019, and until we see everyone having the opportunity, whether it’s race and ethnicity, sexual orientation, disability or indigenous people in this country, until we all have an opportunity to see ourselves represented on screen, not just during awards season but all year long, I’ll still continue to talk about #OscarsSoWhite,” she told Variety magazine recently.

During the diversity controversy, Reign praised actress Frances McDormand, who publicly announced that she would work to include people of color in front of and behind the camera.

And Reign noted that actors and actresses of color were no longer waiting for Hollywood to offer roles but are taking their careers into their own hands.

“Actors and actresses of color are no longer waiting for a seat at the table. They’re spearheading their own projects and creating content themselves,” Reign said. “Ava DuVernay, Will and Jada Smith, Michael B. Jordan and Issa Rae have all started their own production companies.

“I have made people mad,” Reign said of her inclusion efforts. “There are groups that feel that I am not doing enough or doing it the wrong way. I know that speaking out about marginalization will continue to be an uphill battle.”

Despite her critics, Reign said that the hashtag has generated invitations to speak about diversity and inclusion at conferences and universities around the world, and she added that most of the feedback from the Hollywood community has been positive.

“Arsenio Hall reached out to me. He said, ‘Keep doing what you’re doing.’ And Spike Lee said he believed he would not have received an Oscar if it had not been for the #OscarsSoWhite movement,” Reign said.

“The purpose of this movement is to move the next generation,” Reign said. “Racial diversity and equity may not be solved in a lifetime, but we must take pride in the progress that we have made.”

#OscarsSoWhite was not Reign’s first foray in igniting debate on twitter. She frequently uses her voice and social activism to speak up for causes she strongly believes in.

In 2017, she helped to create the #NoConfederate hashtag as well as the Keep Birth Control Copay Free campaign, a clap back at some of the recent votes to restrict abortion.

The charity event’s proceeds would have gone directly to Trayvon Martin’s family, who adamantly stated that they did not want the money and announced that they would not support the fight.

Reign also thought the fight was a bad idea. She created the #StopTheFight hashtag, which attracted protests and prompted one woman to start an online petition that generated thousands of signatures.

With online outrage continuing to brew over the upcoming fight, Reign received a call from the boxing promoter, who took note of the disapproval on Twitter and officially canceled the much-anticipated match up.

The activist urged audience members not to hesitate to get involved if they are passionate about a certain project or a cause.

“We must find ways to advocate for justice by any means necessary,” she said. “Just be sure to learn your issue backward and forward and you can help to make the world a better place.”