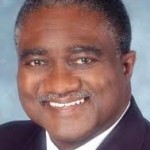 When then-National Newspaper Publishers Association Chairman Danny Bakewell, Sr. asked me to emcee the Black Press Week luncheon at the National Press Club in 2011, I had no idea that I would be witnessing history. At the urging of Wilmington Journal Publisher Mary Alice Thatch, the NNPA decided to launch a national campaign to win pardons for the Wilmington 10, a group of activists who were falsely convicted and sentenced to a combined total of 282 years.

Everyone knew it would be an uphill battle, but it was a battle the NNPA was willing to wage. It established The Wilmington Ten Pardon of Innocence Project whose goal was “to generate national and worldwide support for the petition, to the state of North Carolina, and specifically the governor, to grant individual pardons of innocence to the Wilmington Ten.”

NNPA publishers saw a video about the Wilmington Ten at the luncheon and its leader, Benjamin Chavis, Jr., was interviewed by me and the publishers. When I asked Ben, a longtime friend, about his lowest point in prison, he tried to steer me away from the question by saying he preferred to focus on the future, not the past.

But the past affects the future, which is why I brought him back to my original question. This time, he gave a direct, emotional answer.

“I was warned not to go into the shower,” he said, his voice barely audible. “I couldn’t take a bath for eight months.”

And the reason Chavis was reluctant to take a bath was because of death threats.

No one should have to live like that, especially after the criminal justice system has been manipulated to obtain a false conviction.

For Chavis, the trouble began after the all-Black high school was closed as part of the court-ordered desegregation of New Hanover County, N.C. schools. The Black students were forced to attend the previously all-White high school, where they were harassed. In February 1971, the United Church of Christ dispatched Chavis, a native of Oxford, N.C., to help organize a school boycott.

During that period of unrest, someone firebombed Mike’s Grocery, a White-owned business located a block away from Gregory Congregational Church, where Chavis had set up headquarters. When fire fighters and police officers arrived, they were attacked by snipers.

Chavis and nine others were charged and convicted of arson and conspiracy in connection with the incident. Most of the defendants received a 29-year sentence, with Ann Shepard, the White woman from Auburn, N.Y., receiving the lightest sentence of 15 years and Chavis, then only 24 years old, getting 34 years, the longest sentence.

In 1980, a federal appeals court overturned the convictions of the Wilmington Ten. The court ruled that the trial judge had wrongly restricted defense attorneys from cross-examining witnesses who had received special treatment in exchange for their testimony and that the prosecutor violated due process rights by failing to turn over evidence that would have impeached the testimony of its chief witness, Allen Hall. In addition, the prosecutor refused to turn over a second statement made by Hall that directly contradicted at least 15 of his allegations.

After taking up the cause of the Wilmington Ten, NNPA newspapers gave prominent display to stories written about the case by Cash Michaels, editor of the Wilmington Journal, and distributed to member papers by the NNPA News Service. Through talent and dogged persistence, neither Cash nor his publisher, Mary Alice Thatch, would let the campaign for pardons stall.

The national campaign heated up last spring when Michaels produced a string of stories examining every aspect of the case. In one story, Michaels traced the shattered lives of the seven survivors (one has since died) and the families of three deceased members of the Wilmington Ten. He found that some of the survivors, including Chavis, had successfully rebuilt their lives while others had not.

One blockbuster story began: “In an extraordinary discovery, the 40-year-old case files of the prosecuting attorney in the two 1972 Wilmington Ten criminal trials not only document how he sought to impanel, according to his own written jury selection notes, mostly White ‘KKK’ juries to guarantee convictions, but also to keep Black men from serving on both juries.”

Michaels story continued, “The prosecutor chose, in his own words, ‘Uncle Tom’ types to serve on the jury, it was disclosed. The files of Assistant New Hanover County District Attorney James ‘Jay’ Stroud Jr. also document how he plotted to cause a mistrial in the first June 1972 Wilmington Ten trial because there were 10 Blacks and two Whites on the jury, his star false witness against the Ten was not cooperating, and it looked very unlikely that he could win the case, given the lack of evidence.”

Without Michaels’ exceptional reporting and the national exposure, many of the facts about the Wilmington Ten injustice would still remain unknown – and Gov. Perdue would not have pardoned the civil rights activists.

This was the Black Press at its best.

Boehner: Intemperate, Ignorant and Out of Control