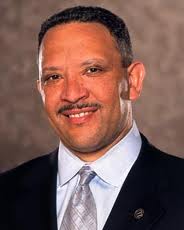 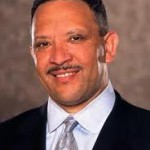 “We urge that a comprehensive jobs program be developed and executed by way of a partnership that includes government, the private sector and the nation’s non-profit community.” November 7 National Urban League letter to President Obama, John Boehner and Nancy Pelosi

The December jobs report has confirmed what urban America has known for a very long time: The fierce urgency of now is overtaking the slow pace of the economic recovery and continuing partisan gridlock in Washington. The recent jobs report reveals that 155,000 jobs were created last month and overall unemployment remained at a steady and still too high rate of 7.8 percent. But the unemployment picture in urban America tells a decidedly different story.

African American unemployment, which has hovered at twice the national average for decades, has now climbed to 14 percent and the Hispanic jobless rate of 9.6 percent also continues to exceed the national average. Despite the efforts of the Congressional Black Caucus and other progressive voices in Congress, the jobs crisis in urban America has reached emergency proportions and is tearing at the economic and social fabric of many communities. That is why  the National Urban League announced last week a new $70 million “Jobs Rebuild America” initiative designed to employ, educate and empower communities that have been hardest hit by the Great Recession.

Our campaign is a two-pronged effort. First, through a $70 million public-private expansion of existing Urban League job training, education and business development programs, we intend to directly assist thousands of jobseekers and entrepreneurs in dozens of cities over the next five years. The second component of the Jobs Rebuild America initiative is a public engagement campaign to increase pressure on Washington to invest in the education and skills enhancement of at-risk youth and disadvantaged young adults. We also call for passage of targeted jobs legislation and a responsible fiscal plan and deficit reduction initiatives that do not exacerbate the unemployment crisis.

This effort is an outgrowth of the National Urban League’s historic mission of economic empowerment for African Americans and other hard-pressed urban citizens. It also builds upon the work that our network of nearly 100 affiliates has been engaged in since the start of the Great Recession. Our affiliates have served as economic first responders for communities devastated by job loss. They have also been successful in creating economic opportunity and preparing thousands of people to avail themselves of those opportunities. We’ve worked closely with our partners in the private sector and the federal government to maximize resources and mobilize the strength of our collaborative efforts.

For this expanded effort, we have put together a powerful coalition of public and private partners who have pledged their expertise and other resources. They include, the U.S. Department of Labor, Nationwide Insurance, Everest College, Pitney Bowes, Wells Fargo, Goldman Sachs, Stonehenge, UPS, State Farm, Target, Best Buy, the U.S. Department of Justice, AT&T, Time Warner, Chevron, BP and the New York Stock Exchange.

Our collective message is this: While we believe it is important to tackle deficit reduction, job creation remains the nation’s number one priority. We urge the President and the Congress to adopt a balanced approach that marries compassion for the most vulnerable Americans with protections for the nation’s jobs and sacrifice from all.

For a full description of the Jobs Rebuild America Initiative visit http://www.nul.org