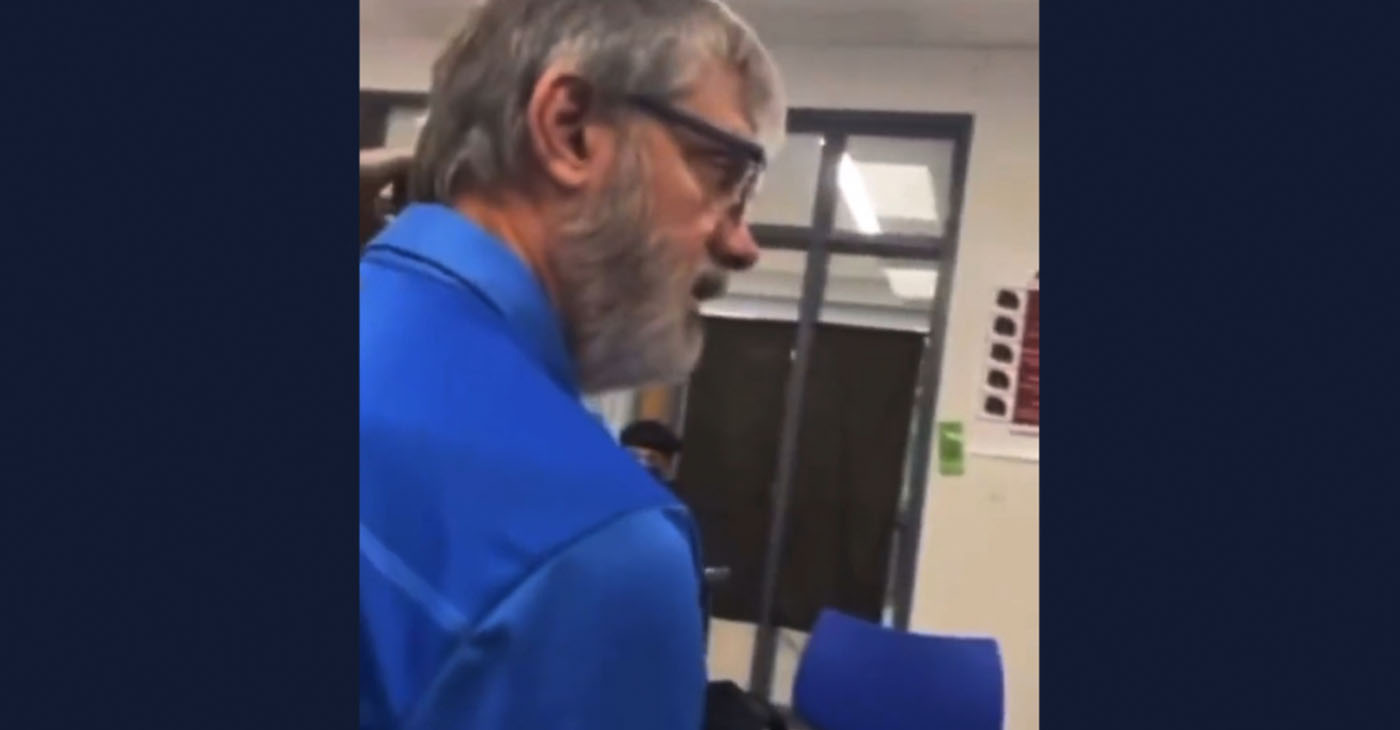 A teacher in the Pflugerville Independent School District which is located in Austin, Texas, is no longer employed by the district after a video surfaced of him saying he believes white people are “the superior” race.

In the video, the unidentified white middle school teacher was captured saying, “Deep down in my heart, I’m ethnocentric, which means I think my race is the superior one.”

It’s unclear what led to the controversial conversation inside a classroom at Bohls Middle School.

Rapper Southside’s son is in that class and they put the video on social media, which quickly went viral. The video shows the students’ quick reaction to the statement, which prompted one student to ask, “So white is better than all?”

The teacher then asks the students to let him finish speaking before adding, “I think everybody thinks [that] they’re just not honest about it.”

Several students then appear to confront the teacher about his bold claim, asking him if he just openly admitted to being racist.

“I think everybody is a racist at that level,” the teacher responded.

When asked a second time if he just said he is racist, the teacher said, “I did. I did. If I’m going to be honest with you.”

In a statement released on Nov. 14, Pflugerville ISD Superintendent Dr. Douglas Killian said that the teacher “is no longer employed” by the district and that the district “is actively looking for a replacement.”

Killian acknowledged that the incident “has prompted local and national media attention” and issued an apology to “any parents whose students have been included in the video without their knowledge.”

The full statement from Dr. Killian is below:

“Last Friday, Nov. 11, Pflugerville ISD officials were made aware of an inappropriate conversation a teacher at Bohls Middle School had with students during an advisory class. As of Monday morning, Nov. 14, the teacher in question is no longer employed by Pflugerville ISD and we are actively looking for a replacement.

In addition to providing this video to our administrators, the video was shared on social media by some in the class and has prompted local and national media attention. We apologize to any parents whose students have been included in the video without their knowledge.

We want to reiterate that this conversation does not align with our core beliefs and is not a reflection of our district or our culture at Bohls Middle School. Pflugerville ISD and Bohls MS staff work together to create an inclusive and welcoming environment for all of our students. The advisory discussion was inappropriate, inaccurate, and unacceptable; and this type of interaction will not be tolerated in any PfISD schools.

We always do our best to ensure the safety of all students; we encourage them to be self-advocates and let an adult know when something is wrong, as they did in this situation. If you see something, say something.

As always, we appreciate the support of our Bohls Middle School families and entire PfISD community.

We always do our best to ensure the safety of all students; we encourage them to be self-advocates and let an adult know when something is wrong, as they did in this situation; this could be to a parent, a teacher, or a counselor. If you see something, say something. We apologize for any undue stress or concern this has caused. As always, we appreciate the support of our families and community.

This article originally appeared in The Houston Defender.