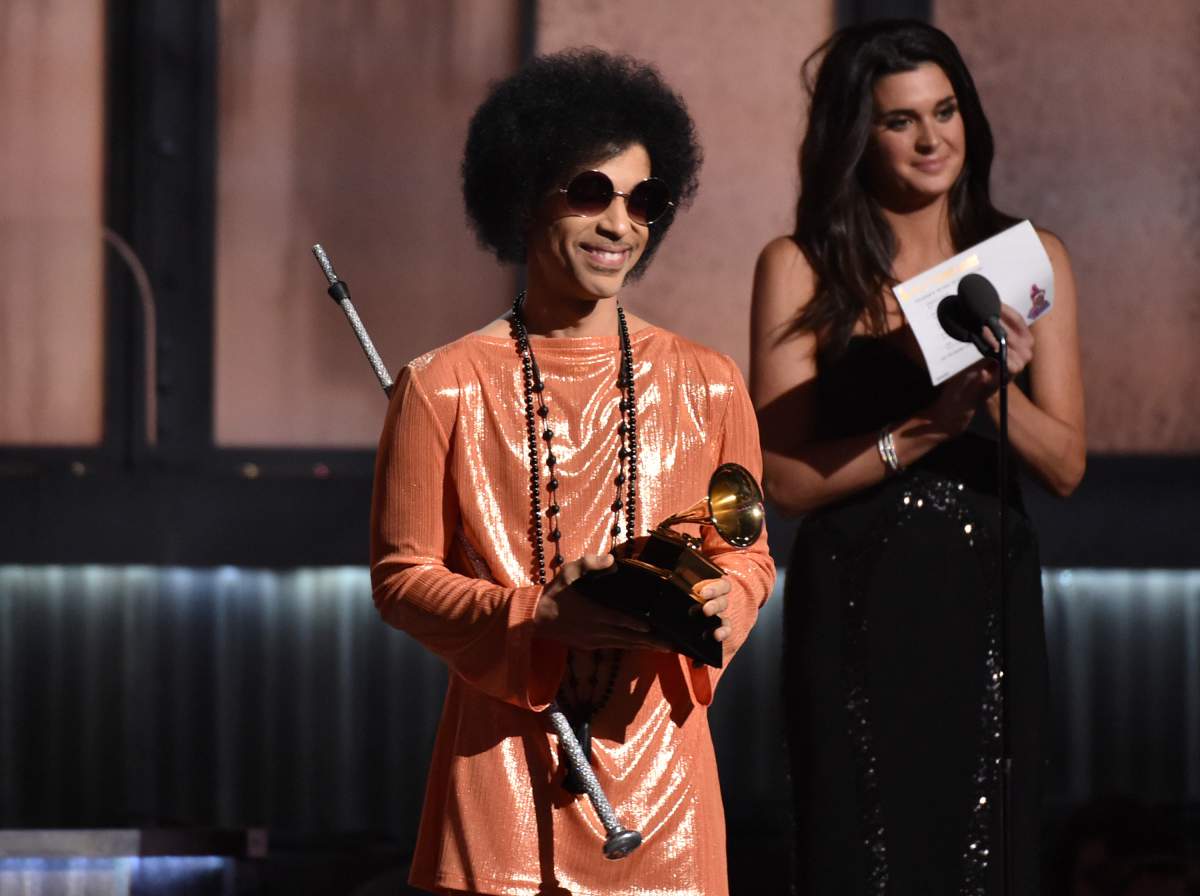 In this Feb. 8, 2015 file photo, Prince presents the award for album of the year at the 57th annual Grammy Awards in Los Angeles. (Photo by John Shearer/Invision/AP)

(Politico) – The hundreds of close friends of the Obamas who attended a Prince concert at the White House will retain their anonymity after officials declined to include the guest list as part of their routine release of visitor logs.

Reporters had been eagerly awaiting the release of the White House visitor logs from June 13, when the Obamas hosted a party for 500 guests -– many of whom happen to be lobbyists, corporate executives and other power players -– to 1600 Pennsylvania Avenue for a soiree and performance by the mono-named entertainer.

The White House called it a private party and said the list of attendees would not be released. White House Press Secretary Josh Earnest told reporters Wednesday.

“That’s not something that I anticipate that we’ll do,” Earnest said aboard Air Force One over Alaska. “There are some exceptions to the visitor log policy, and some of those exceptions include visiting the White House to participate in private events.”

Film Review: ‘The Black Panthers: Vanguard of the Revolution’