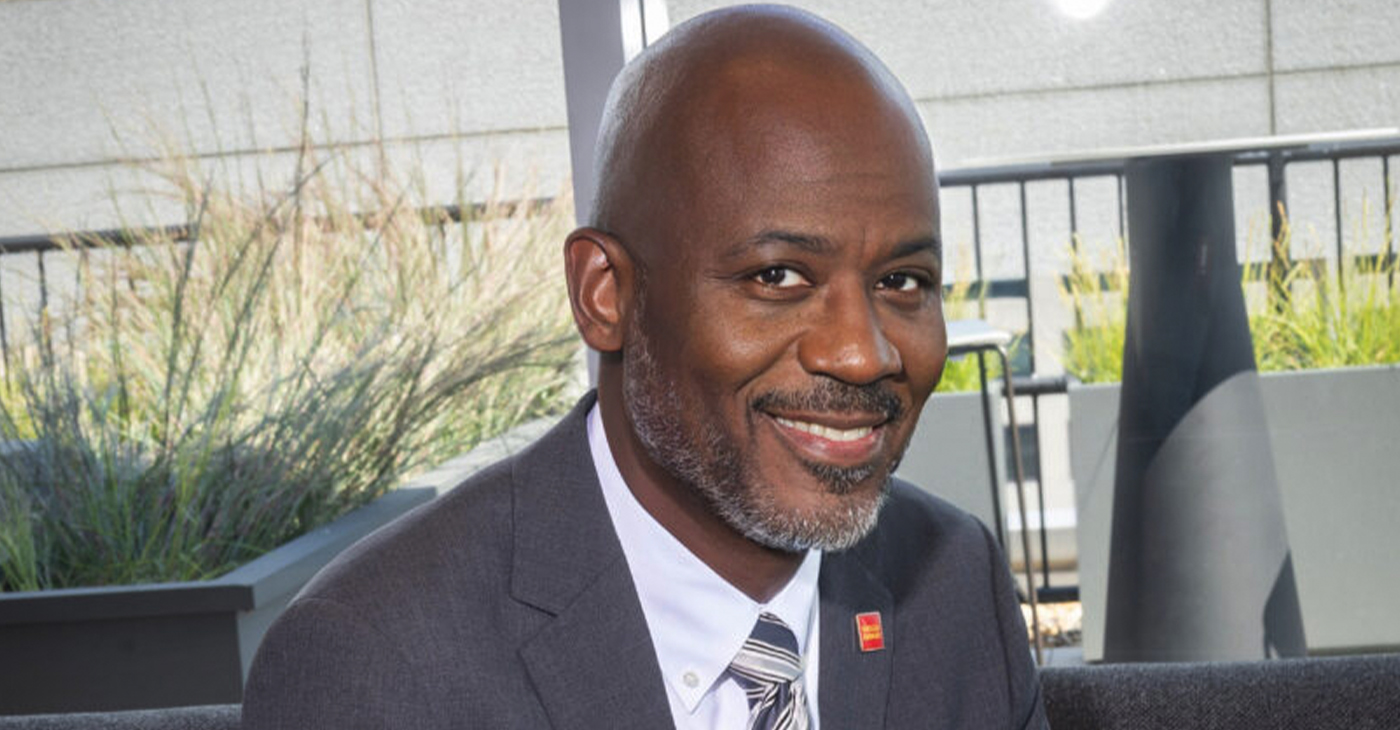 Otis Rolley possessed a desire to drive positive change in local communities, a craving that led him to Wells Fargo, where he would lead social impact at the banking giant.

He said he approached the interview process with Wells’ CEO Charlie Scharf as a two-way conversation.

“There is a saying, do not talk about it, be about it,” said Rolley, now the head of Philanthropy and Community Impact at the bank and president of the Wells Fargo Foundation.

Rolley also counts as the first Black American elected to his position permanently by the Wells Fargo Foundation board, overseeing about $300 million in philanthropy, employee volunteerism and giving, and the company’s strategic vision on advancing social impact.

“I felt that CEO Charlie Scharf was being about it in a real and systemic way and that there was values alignment between myself and the company,” Rolley stated.

“The company knows it has more work to do. Changes aren’t going to happen overnight, but they can’t happen at all without dedicated human and financial resources and a commitment from the top.”

In a Q&A, Rolley said he believes change is happening and wanted to be on the journey with Wells Fargo.

Q- How did you become interested in taking on societal challenges?

Rolley: I was born and raised in Jersey City, NJ, a complex city in its own right but also close to New York City and Newark. So very early on, I had a front row seat to city life with all of its challenges and opportunities.

This urban upbringing stayed with me and ultimately informed my career path. An urban planner by training, I am fascinated by the obstacles and barriers each community faces when it comes to equitable access to economic opportunity and how to remove them.

I felt a need to take what I had seen and lived, and then learned in college, and put it into practice every day.

Q-What has been your career journey so far?

Rolley: I started my career with increasingly demanding roles in municipal government in Baltimore, advocating for better housing, small business and infrastructure across five administrations.

My journey eventually took me to the private sector where I joined the Rockefeller Foundation leading the North America team of the 100 Resilient Cities Initiative and then the U.S. Economic Equity and Opportunity Initiative.

My focus was public-private partnership nationwide and long-term investments for low wage workers and communities of color across the country.

I’ve also held other positions across the public and private sectors so I understand how both need to work together to tackle difficult societal issues.

Q-Why did you choose to join Wells Fargo?

Rolley: I want to drive positive change in local communities. I’ve been focused on that my entire career. Leading social impact at Wells Fargo is an opportunity to take my experience and vision and put it to work on a larger scale with more resources.

I honestly approached the interview process as a two-way conversation.

There is a saying, do not talk about it, be about it.

I felt that CEO Charlie Scharf was being about it in a real and systemic way and that there was values alignment between myself and the company.

The company knows it has more work to do.

Changes aren’t going to happen overnight, but they can’t happen at all without dedicated human and financial resources and a commitment from the top.

The head of diversity, equity and inclusion, at Wells Fargo is a Senior Executive Vice President for Diverse Segments, Representation and Inclusion.

They are a member of the Operating Committee, have a real budget, real staff, real integration with lines of business and corporate giving.

There are internal diverse affinity groups and strategic efforts underway with employees and policies, as well as external work. I believe change is happening and wanted to be on the journey with Wells Fargo.

Q-What is your vision for advancing Wells Fargo’s commitments to the Black community?

Rolley: I believe everything moves at the speed of trust. We have to learn from our past, not get lost in it. And if we fail again, we have to fail fast, learn fast and fix fast.

We also have an opportunity to better communicate, collaborate, and coordinate across the bank’s efforts to advance a more inclusive economy, and specifically to create more economic success for Black communities.

To do this, we have to be intentional with our resources, track and amplify impact with data. I’m encouraged by programs like Wells Fargo’s Open for Business Fund, a roughly $420 million small business recovery effort.

Our new $60 million effort called WORTH (Wealth Opportunities Restored Through Home Ownership) has a goal of 40,000 new homeowners of color by 2025.

New efforts like the Special Purpose Credit Program to underwrite refinance costs for Black customers and a $2 billion Inclusive Communities and Climate bond are underway. Ensuring these efforts reach deep into the community excites me.

There’s opportunity for real progress if we can track meaningful outcomes in peoples’ lives.

Q- Do you see racial equity as a standalone strategy or integrated into your work?

Rolley: I’ve worn glasses since the third grade. With lenses, you can take them on and off. I believe racial equity and advancing historically marginalized groups can’t be a lens, a criteria on a checklist. Racial equity should be centered in the work we do, and I intend to bring even more of that thinking as I lead at Wells Fargo.

There’s no question that we need to advance greater equity in this country.

There’s no question that policies and systems in place limit economic mobility for Black Americans, and other communities.

We need to not only remove barriers holding people back but bring intentionality and innovation to housing, small business, financial health and building a more inclusive economy. The more of us in roles to effect that type of change, the better.