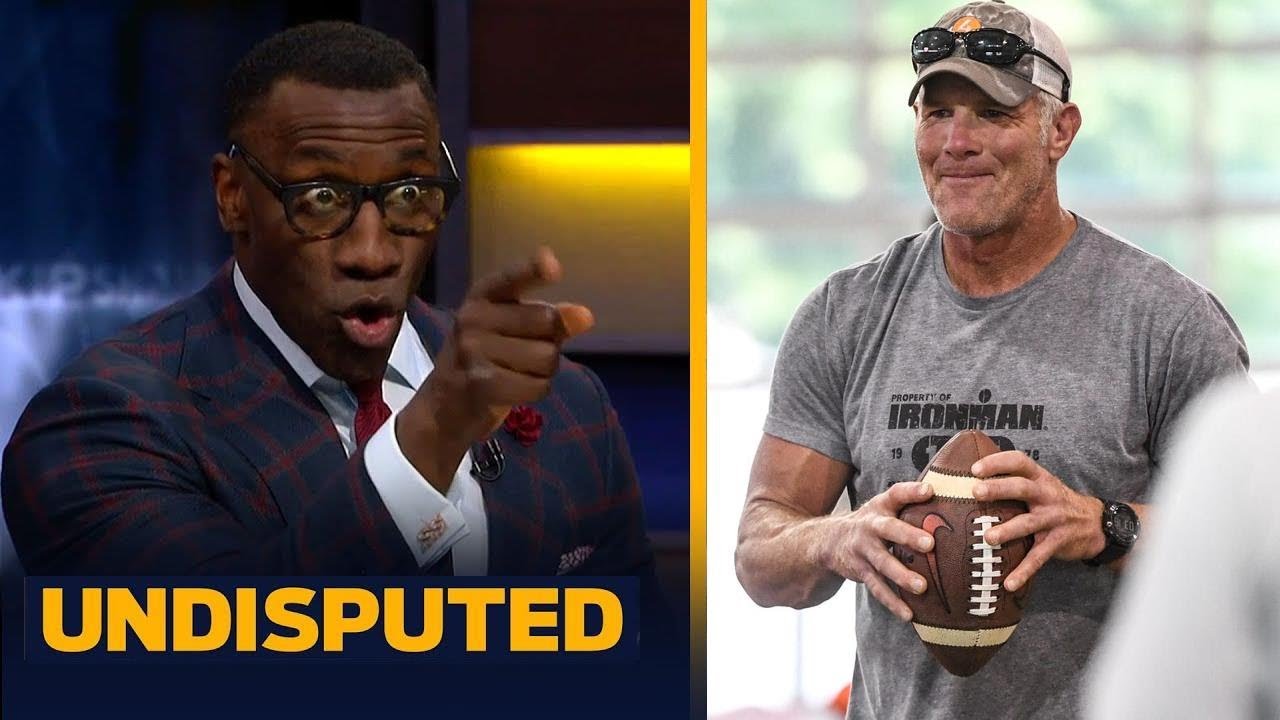 Most want to know why this is a civil suit instead of a criminal suit and Shannon Sharpe is in that group.

The internet is buzzing over Pro Football Hall of Fame tight end and ESPN commentator Shannon Sharpe’s takedown of NFL Hall of Fame quarterback Brett Favre over his latest scandal. Brett Favre, who has managed to escape allegations of rape, sexual harassment and drug addiction may have gone one step too far in this latest incident.

Favre is accused of conspiring with Mississippi’s ex-Governor Phil Bryant to defraud the government to pay for a volleyball stadium built for the University of Southern Mississippi. Favre is named in a civil suit along with Bryant and others for stealing $5 million from the state’s welfare funds. Texts released show Bryant assuring Favre there was no way to trace back the fraud directly to him. Bryant also ushered Favre through the process of defrauding the government by advising him on how to write a proposal to get it through, just after firing Mississippi Department of Human Services Director John Davis for fraud.

Most want to know why this is a civil suit instead of a criminal suit and Shannon Sharpe is in that group. During a segment on “Undisputed,” Sharpe goes off on Favre discussing the double standard of putting Black and Brown people in jail over defrauding the government for $400. Co-host Skip Bayless mostly agrees with Sharpe but also manages to remind people of Favre’s greatness on the field as if one has something to do with the other. Favre appears to be teflon for his off-the-field bad boy behavior including an alleged rape, sexual harassment of women sports reporters, drug addiction, fraudulently collecting money for speeches he never gave and now this scandal.

Sharpe does not believe Favre will be penalized for his wrongdoing because he has gotten away with so many other horrible things and there is a double standard when it comes to wealthy white men. Sharpe’s, “Undisputed,” co-host Skip Bayless believes there will be consequences for Favre’s latest scandal but continued to remind viewers of Favre’s greatness on the field as if one has anything to do with the other. What do you think will happen?