Veteran Black Journalist George Curry Will Always Be with Us
Advertisement 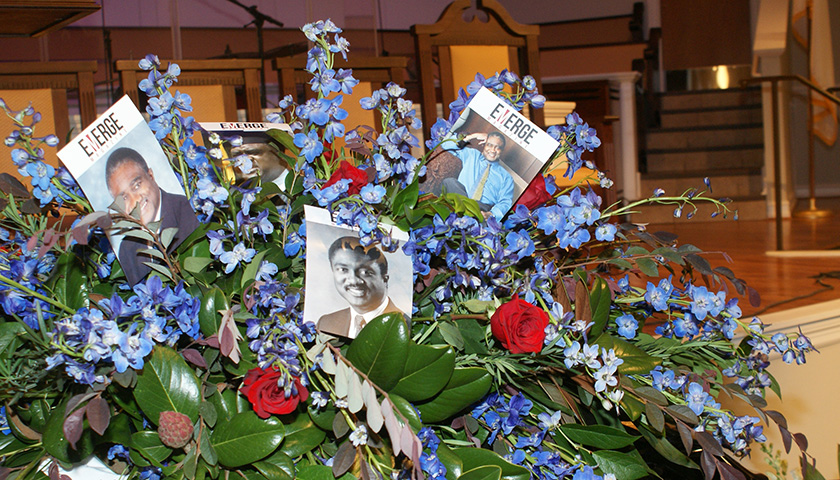 On Saturday, August 20, I was at my mother’s house in Virginia when I received a text message, late that night, telling me that George Curry had suffered a heart attack. After a series of phone calls with friends, I was told the Washington Post was calling around for comments about George and that the truth no one wanted to believe was real. It was truly unbelievable. Anyone who knew George Curry understands why. George was a force of truth-telling, freedom-fighting journalism that loomed large in media circles. And if you were a member of the Black Press, his presence was felt even stronger. So many of the people that I know who are writers, journalists and broadcasters, I met through George, one way or another.

At his funeral on Saturday, August 27, in Tuscaloosa, Alabama, which was thankfully livestreamed by Roland Martin, many friends, civil rights leaders, and pastors spoke in tribute to Curry, striking the essence of who George was right on the head.

Benjamin Chavis, the president and CEO of the National Newspaper Publishers Association, called George a colleague and friend in the Civil Rights Movement.

It’s incredible to think about the fact that George’s life ended right towards the end of the historic presidency of Barack Obama.

Rev. Al Sharpton said that he respected the fact that George would take him to task on issues they disagreed on.

“People who do that really have a respect for you and make you better,” Sharpton told a packed church at Curry’s funeral. “You remember people who correct you when you need correction.”

George was on Sharpton’s radio show “Keepin’ It Real” every Friday. I used to make sure that I listened to the last hour of the week of Sharpton’s show each Friday, because I knew that George was going to be on and that he would say something that was relevant and insightful. Chavis was right when he said there was a price for telling the truth.

In 2015, George wrote a two-part series on the state of HBCU funding last year. What was the title of the series? “Is the Obama Administration Trying to Kill HBCUs?” It was a series that few other Black journalists in the U.S. would have delivered — a completely scathing appraisal of the first Black president of the United States. That was George.

Even though George was buried on August 27, he’s still with us and thanks to his incredible work ethic, his legacy of mentoring young journalists and his countless on-air appearances, he will always be with us. George Curry was one the few African American journalists in the U.S., who would say the uncomfortable things that needed to be said and who brought to light subjects that few would even acknowledge and most journalists just chose to ignore. That level of integrity in journalism set him apart from the pack.

Lauren Victoria Burke is a political analyst who speaks on politics and African American leadership. She can be contacted at LBurke007@gmail.com and on twitter at @LVBurke.

Why Do Black Businesses Struggle to Grow?

Ask Alma: My Friend Kisses Me on the Lips When We’re Hanging Out