US Ready to Take on Belgium in World Cup
Advertisement 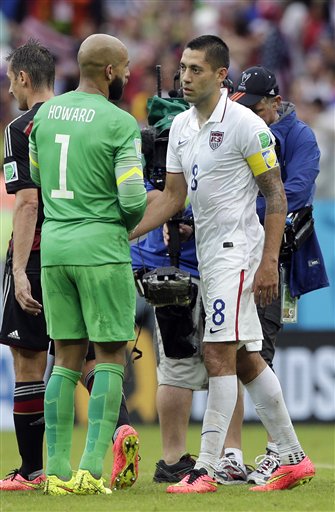 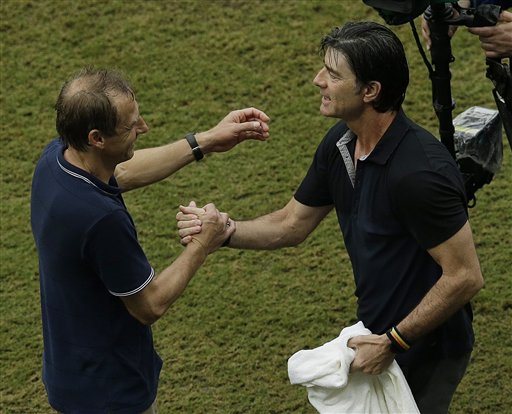 RECIFE, Brazil (AP) — Now that the U.S. has survived the so-called “Group of Death,” it’s time for sudden death: the knockout phase of the World Cup.

The Americans play Belgium on Tuesday night in the round of 16, hoping to show they’re better than the U.S. team that lost in overtime to Ghana in the second round four years ago.

“By no means are we satisfied with just getting out of the group,” midfielder Graham Zusi said Sunday after the Americans advanced despite a 1-0 loss to Germany. “We want to keep going and make some history.”

Belgium eased past the Americans 4-2 in a May 2013 exhibition at Cleveland on two goals by Christian Benteke (currently sidelined with a torn Achilles tendon), and one each from Marouane Fellaini and Kevin Mirallas. Two years earlier, Belgium won 1-0 in Brussels on Nicolas Lombaerts’ half-volley in the 55th minute in Jurgen Klinsmann’s first road game with the U.S.

“They’re a top team. Everyone around Europe will tell you how good they are,” American goalkeeper Tim Howard said. “They’ve got so many good players, young players, strong, fast, good on the ball. I actually think because of that we match up well with them, but we’ll see.”

Howard was a teammate at Everton last season with Belgium’s Romelu Lukaku and Mirallas, and played on the Toffees with Fellaini before the bushy-haired forward transferred to Manchester United last summer. The Red Devils, seeded in December’s draw and ranked 11th, are at their first major tournament since the 2002 World Cup, where they lost in the second round to eventual champion Brazil.

While the U.S. defeated Ghana 2-1 and drew Portugal 2-2 to advance on a goal-difference tiebreaker against the Portuguese, Belgium beat Algeria 2-1, Russia 1-0 and South Korea 1-0.

“It gives us so much confidence to get those nine points with only 10 men and prepare for the Americans in that mood,” defender Jan Vertonghen said Sunday after scoring the only goal as Belgium finished a man short.

The U.S., which reached the knockout stage of consecutive World Cups for the first time, returned to its Sao Paulo base Thursday night and looked forward to four days off before playing the Belgians in Salvador. The winner advances to a quarterfinal against Argentina or Switzerland.

“We’re excited about trying to go further than we did last World Cup and getting past this first game (of the knockout rounds),” captain Clint Dempsey said.

Dallas Gets Chandler Back in 6-Player Deal with NY