Up Close and Personal with Tommy Davidson
Advertisement 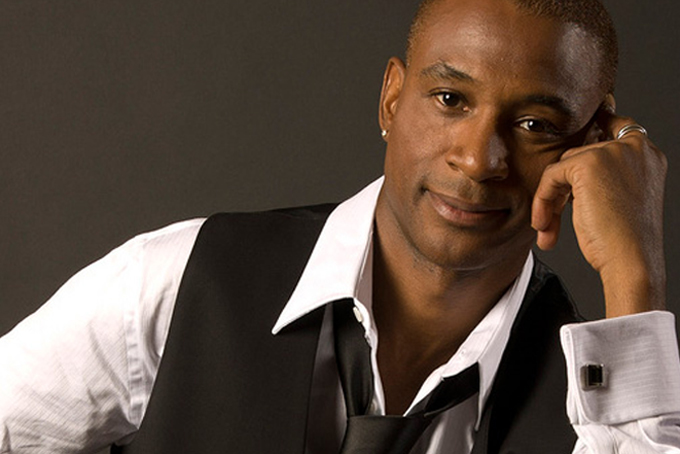 by Merecedes J. Howze
Special to the NNPA from the New Pittsburgh Courier

In Living Color Legend Tommy Davidson made his yearly trip to Pittsburgh as he shut down the Improv for an entire weekend.

I was warmly welcomed to the WAMO 100 studio to get an exclusive one-on-one interview with Mr. Davidson. Draped in his casual threads and classic black and white shell toed Adidas, Mr. Davidson quickly opened up to Mike Jax and I by dishing his life story.

Adopted at 2 years old by a White family, Davidson knew other people thought his living situation was “weird” but to him his adoptive parents were family.

During the interview he quickly conveyed that while growing up, he never thought he would enter the world of comedy. But he started his stand-up comedy in, believe it or not, a strip club.

Today, Davidson is known as one of the greatest African American comedians from his breakout role on the 90s FOX sketch comedy show, In Living Color.

Appearing in films such as Ace Ventura: When Nature Calls, Booty Call and Juwanna Mann, Davidson has been in the industry for almost 30 years. He’s currently working on many projects such as the second season of Black Dynamite, an animated TV series where he plays Cream Corn, not to mention he’ll spend the remainder of 2013 touring comedy clubs.

“I’ve done a lot of projects with a lot of people over a long period of time and now I’m concentrating most of my energy on stuff that I have to bring to you guys,” says Davidson.

He’s most known for his Sammy Davis Jr. impression and he’s now working on a film to pay homage to the late entertainer.

As a father of 7, ages ranging from 6-24, the Davidson family time consists of cost efficient activities.

“I’m a pretty cheap ticket as a Dad,” expressed Davidson, “during Christmas we have a film festival where we watch all of my movies.” (I wonder if they watch Booty Call too)

He maintains their family cohesiveness with trips to amusement parks and supporting all of his children in their different endeavors which include professional DJ-ing and recreational basketball.

If you missed his weekend run at the Improv, be sure to check out his website for exclusive tour dates at tommydavidson.net. We wish Tommy Davidson all the success and await his return to Pittsburgh!

The Return of Rebel Rap: Can Hip Hop Still Fight the Power?