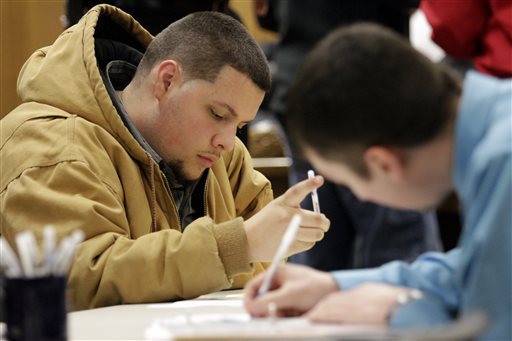 (Reuters) – U.S. job growth slowed in August, but the unemployment rate dropped to a near 7-1/2-year low and wages accelerated, keeping alive prospects of a Federal Reserve interest rate hike later this month.

Nonfarm payrolls increased 173,000 last month after an upwardly revised gain of 245,000 in July, the Labor Department said on Friday. August’s gain was the smallest in five months as the factory sector lost the most jobs since July 2013.

The jobs count, however, may have been tarnished by a statistical fluke that has often led to sharp upward revisions to payroll figures for August after initial weak readings.

Indicating the hiring slowdown was likely not reflective of the economy’s true health, the jobless rate fell two-tenths of a point to 5.1 percent, its lowest level since April 2008.

In addition, payrolls data for June and July were revised to show 44,000 more jobs created than previously reported, bringing the average job gains for the past three months to a solid 221,000. Average hourly earnings increased 8 cents, the biggest rise in seven months and the length of the average workweek also expanded.