Tom Brady's Lawsuit vs. NFL to be Argued in New York, Not Minnesota
Advertisement 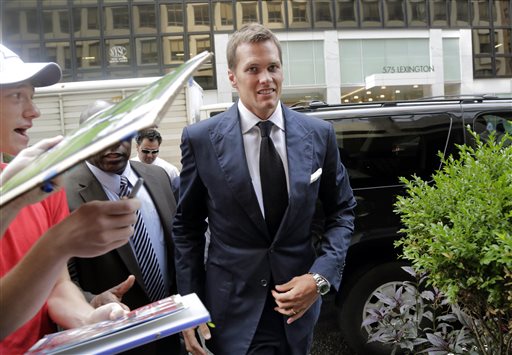 NEW YORK (ESPN) — Tom Brady’s lawsuit against the NFL, in which he wants his four-game suspension overturned, will be heard in New York instead of Minnesota.

The New England Patriots quarterback and the NFL Players Association filed their suit Wednesday in Minnesota. But the NFL already had filed papers Tuesday in New York, moments after announcing that commissioner Roger Goodell upheld the suspension for Brady’s involvement in the use of underinflated footballs in the AFC Championship Game last January.

The judge wrote that he “sees little reason for this action to have been commenced in Minnesota at all.” He noted that Brady plays in Massachusetts, the union is headquartered in Washington and the NFL in New York. Kyle added that “the arbitration proceedings took place in New York and the award was issued in New York.”

Adrian Peterson Back in Pads and Moving Forward with Vikings