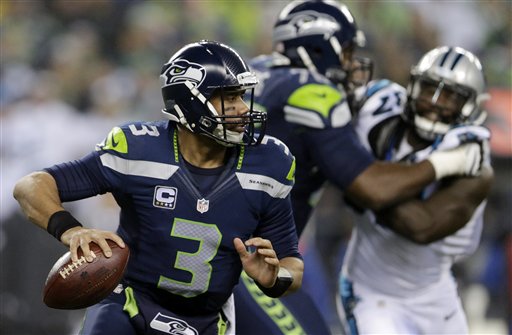 (USA Today) – The Seattle Seahawks’ date with dynasty detoured when quarterback Russell Wilson’s ill-advised throw in the waning moments of Super Bowl XLIX was intercepted by the New England Patriots, the only franchise to carry the dynastic label in the past two decades.

However with their nucleus returning — and some talented new players joining the fold — the Seahawks still have more than a reasonable chance to carve out a place in history as they strive to become the first team to reach the Super Bowl in three consecutive seasons since the 1990s Buffalo Bills.

Still, these Seahawks aren’t about to start counting any chickens prematurely.

“Every year is a new year, every opportunity is a new opportunity,” said Wilson. “When the season ends — whether you win the Super Bowl, don’t win it, or whatever — the belief is to continue to do everything you can as a team to prepare so you have a great chance at getting there again. That’s our mindset and that is our goal.”

Tom Brady’s Lawsuit vs. NFL to be Argued in New York, Not Minnesota