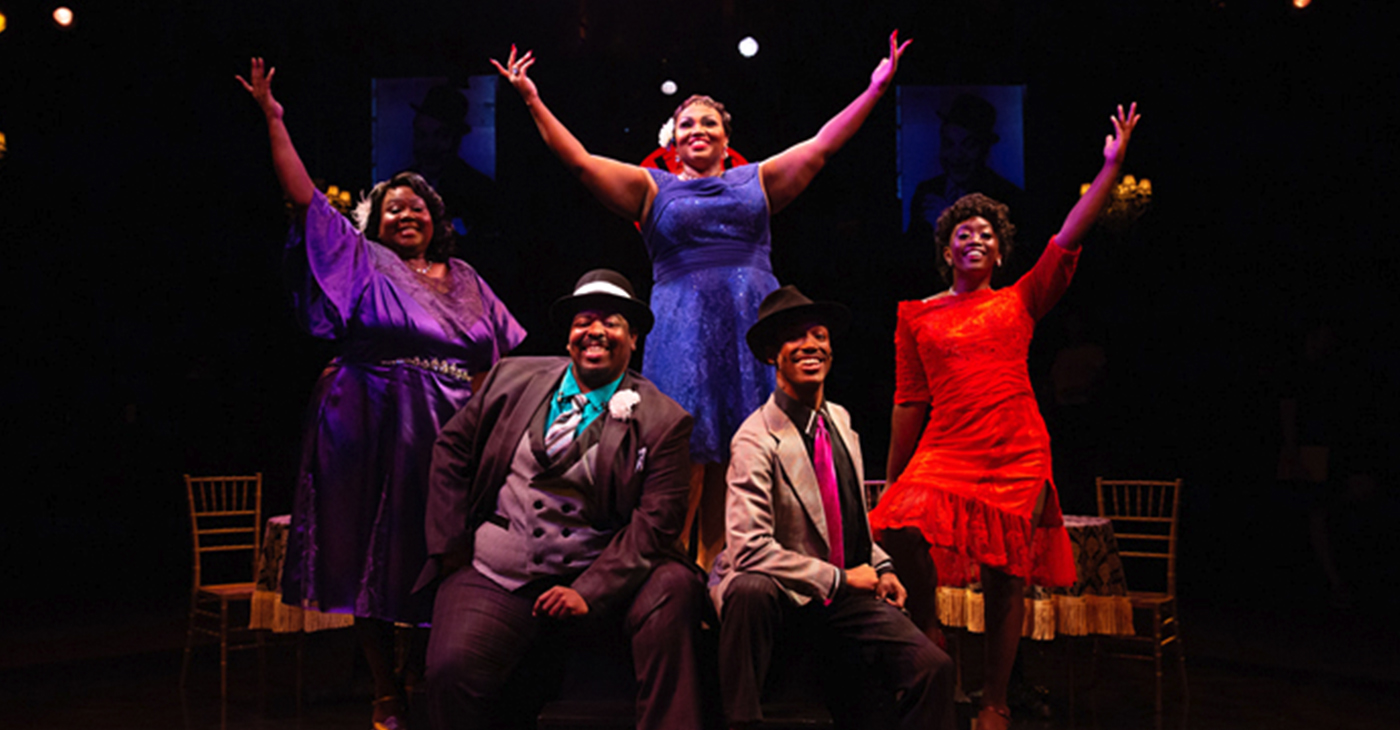 By Timothy Cox, Special to The Afro

COLUMBIA, MD — Thomas Wright “Fats” Waller was just 39 when he died in 1943. From Sept. 14 thru Nov 4, Toby’s Dinner Theater in Columbia, Maryland has featured a musical production dedicated to the music of Mr. Waller’s many compositions. ‘Ain’t Misbehavin’ originally showed on the “Great White Way” of Broadway in 1978 – and featured actress Nell Carter, of TV’s ‘Gimme A Break’ fame.

The local revival has generated several sold-out performances at the venue located about halfway between downtown Baltimore and greater Washington, DC. During a recent Sunday morning matinee, senior-citizen groups from throughout Virginia and Maryland showed up on leased buses to enjoy the performance.

Toby’s Dinner Theater is celebrating its 40th season and offers award-winning Broadway and original musicals. Prior to all performances, an exceptional buffet-style dinner, delectable desserts and extensive salad bar are presented to audience members. Mrs. Toby Orenstein is owner and Artistic Director of Toby’s Dinner Theater. The Bronx, New York native attended the city’s legendary High School of Performing Arts. She’s also a graduate of Columbia University. The benefit of seeing a play at Toby’s avoids the traffic congestion and parking woes of downtown Baltimore and DC. The venue has a self-contained parking lot large enough to contain several 55-passenger buses.

The current production is nearly 100-percent music-based, with only a small piece of (spoken) dialogue – making it somewhat difficult to follow the evolving story line. Still, based on Waller’s extensive song book, the production manages to stay afloat with a multi-talented five-person cast. Interestingly, the cast also doubles as servers, waiters and waitresses prior to and, during the performance. Their dual roles contribute to their overall revenue, according to cast members — therefore, healthy tips are encouraged!

Speaking of music, Waller is credited as a stride-piano innovator and one of the first Black artists to have his compositions formally published and recorded via major recording corporations like RCA-Victor. The local venue features “live” pit musicians, though they’re located in a balcony section of the theater.

With impeccable attention, the musicians accompanied the five vocalists during classic Waller compositions such as “Honeysuckle Rose,” “T’aint Nobody’s Bizness,” “Squeeze Me,” “Viper’s Drag,” “Mean to Me,” “Fat and Greasy,” “Black and Blue,” “The Joint is Jumpin” and the title tune, “Ain’t Misbehavin’.”

For more information about upcoming productions, Toby’s Dinner Theater can be reached at 410-730-8311 or http://www.tobysdinnertheatre.com.

Kevin Hart and Chris Rock Team Up for ‘Coparenting’ Movie