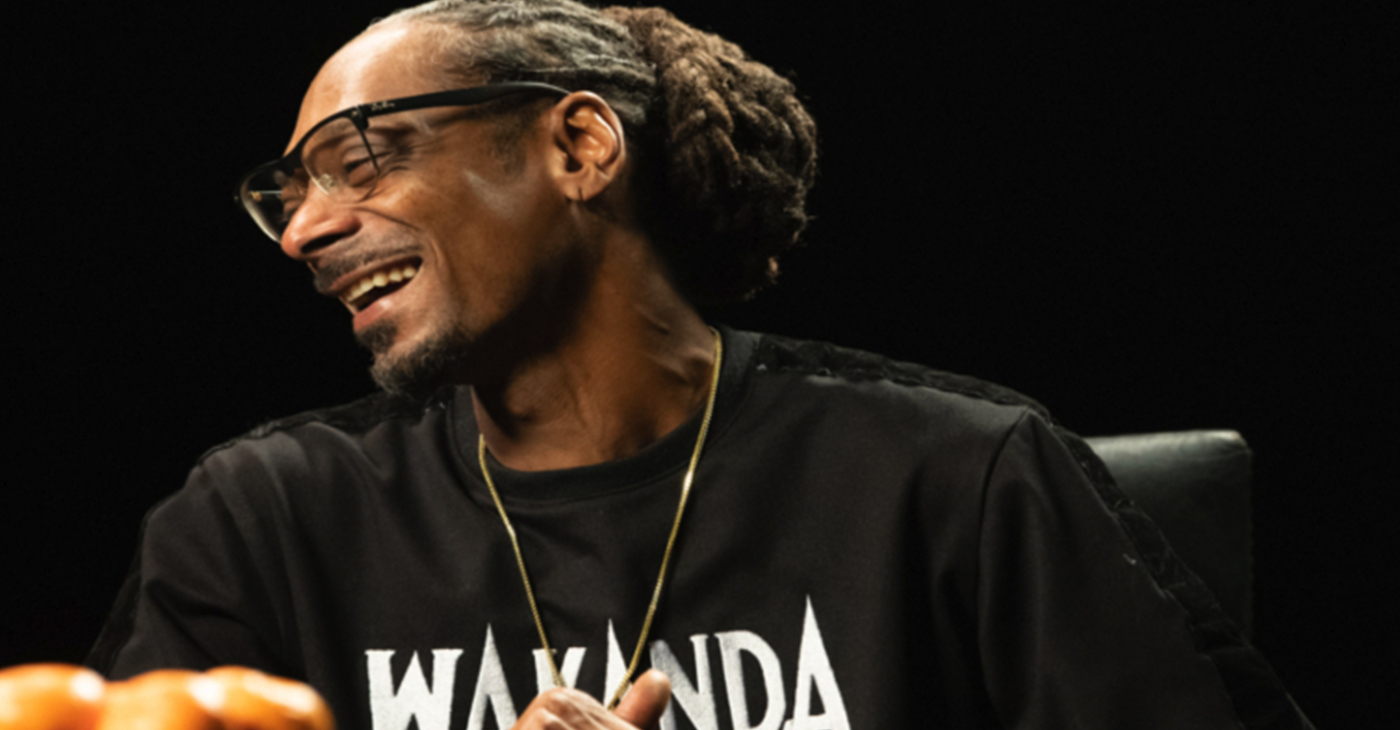 One of hip hop’s living legends and now gospel artist Snoop Dogg appeared on Power 105.1’s “The Breakfast Club” over a week ago to promote his game show on TBS called “The Joker’s Wild.”

While there, the 46-year-old shared a Tupac story that gave me all the feels. He said that the late “I Get Around” rapper was responsible for him marrying his wife, Shante, and because of his advice, he grew to understand the value of a woman, specifically a black woman’s, love.

So, when Snoop was also asked about fellow rapper Kanye West’s statement that slavery was a choice, he was quick to say that without black women in Kanye’s life, there will be no checks and balances for the troubled star.

Snoop got even deeper into the need for Kanye to have black women in his life during “The Breakfast Club” interview.

“There’s no black women in his life. Let’s just keep that one hundred. That’s real. I got aunties that will pull up with those big church hats on, ‘N-gga, what’s happenin’? What you on, nephew? You bullsh-ittin’. We taught you way better than that.’ So, it got to a point where it’s like, it was funny, and then it got sad,” he said.

Kanye West, who is married to a white businesswoman, Kim Kardashian, lost his mother, Dr. Donda West in 2007 after fatal complications from cosmetic surgery. Her death has obviously been a tragic event that has contributed to his spiral downward, and from what Snoop can tell, his mother was the muse for Kanye’s early groundbreaking and unapologetically black success.

“Remember the music he was making when [his mother] was here and the spirit that he had?” he continued. “That’s gone now, and if you’ve never lost your mother, you don’t understand that feeling, so I had to sympathize with that, and say you know what, maybe the women around him should look into getting him some help from women that are stronger than them.”

It’s nice to hear and be recognized that we black women have savior capabilities, but we have to pick and choose who we pull out our capes for. Not everybody is worthy. And I especially don’t think that any black woman outside Kanye’s own family should interject in what’s going on with that man.

But again, do I hear what Snoop is saying? Absolutely. But black women will not be psychological or emotional casualties for trying to save a “slavery is a choice” black man.

Snoop admitted that he himself is trying to get Kanye some help.

“…Instead of me bashing him, we trying to help him now,” he said on “The View.”

Just in case he’s reading this, Snoop, however you do get him some help, just make sure to leave black women out of it.