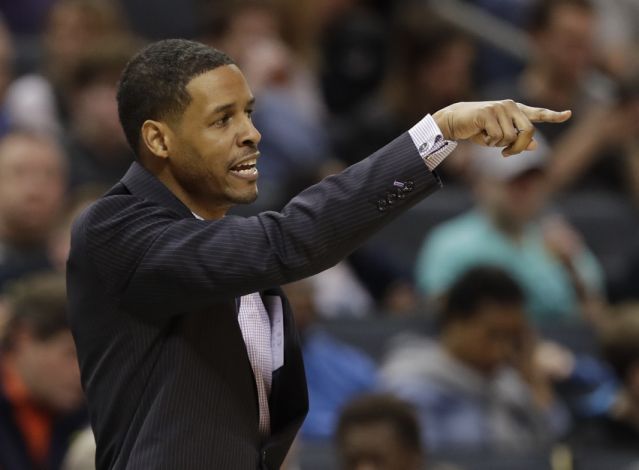 Some might think Stephen Silas is just another coach with the right last name and lineage.

But the Rockets’ new head coach is much more than the son of one of the best coaches the NBA has known. The 47-year-old Silas has built a worthy assistant coaching career that is worthy of taking on one of the top head coaching jobs in the league.

Silas began working with his father in 1999 as a scout with the Charlotte Hornets. By the time he was 27, he had joined his father on the bench, becoming the youngest NBA assistant coach at the time.

Silas also joined his dad in Cleveland from 2003-2005 where they started out the career of a fresh out of high school LeBron James. He and his dad also coached together again back in Charlotte from 2010-2012.

But prior to coming back to Charlotte, Silas spent some time as an assistant with the Washington Wizards from 2005-2006 and Golden State Warriors from 2006-2010. Additionally, he has been an assistant coach in Dallas on Rick Carlisle’s staff since 2018.

Along the way, Silas has been instrumental in the development of young star guards such as Kemba Walker, Steph Curry and Luka Doncic. It’s likely his work with top-level guards is what caught the eye of the Rockets’ brass this time around with the tandem of James Harden and Russell Westbrook as the centerpieces of the team.

“Basketball has been a huge part of my life since the day I was born, and this is the moment I’ve strived for,” Stephen Silas said. “I’ve been fortunate to have coached some great players over the course of my career and am excited to work with this incredibly talented team as we build upon the success they have established.”

His father couldn’t be more proud of the opportunity his son has earned.

“He has done a great job,” the elder Silas said. “When he was with Dallas he did really good. Now he is a lot better now. He is going to be good. I tell you. He’s going to be really good, there is no question. I really believe it.”

But that isn’t to say, Silas wasn’t a little worried that this time might now work out with the Rockets. He interviewed four years ago when the Rockets went with Mike D’Antoni and names like Tyronn Lue, Jeff Van Gundy, Doc Rivers and John Lucas had been mentioned prior to the Rockets officially hiring Silas last week.

“It was outstanding. I’m so happy that it happened.”