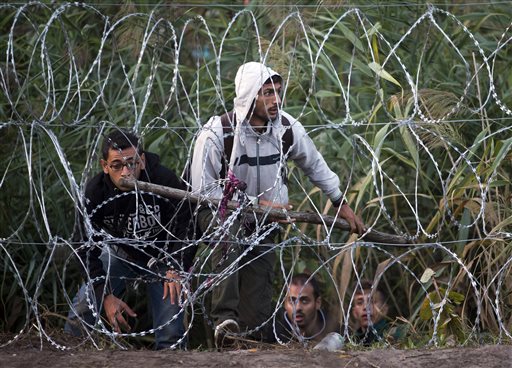 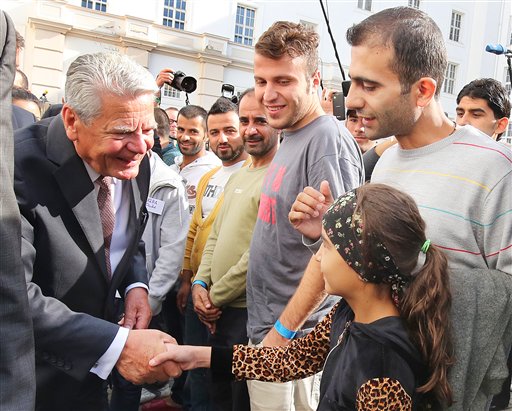 BERLIN (The Atlantic) – It’s early yet, but in the past few weeks, Germany and its chancellor, Angela Merkel, have emerged as contenders for the fastest international image makeover in recent memory. Just six months ago, the German magazine Der Spiegel decided to depict the mood in Europe by photoshopping Merkel into a picture of Nazi commanders on the Acropolis. The euro zone’s debt crisis had set Germans up, the cover story argued, as the European Union’s unpopular economic dictator.

But Germany’s recent policy shifts on the European migrant crisis—vast numbers of asylum-seekers, escaping war and persecution in countries such as Syria and Iraq, flooding into southern Europe—have shoved headlines in entirely the opposite direction. “Germany’s open-door policy in migrant crisis casts nation in a new light,” proclaims the Los Angeles Times. “Angela Merkel hailed as an angel of mercy,” reads The Sydney Morning Herald.

It’s hard to appreciate the sheer scale of the project Merkel and Germany have undertaken.

In the first seven months of 2015, Germany reportedly received well over 200,000 applications for asylum, leading Interior Minister Thomas de Maiziere to predict in August that 800,000 people would arrive in the country as refugees or to pursue asylum by the end of the year, up from an estimate of 300,000 in January. It took some time for Merkel to adopt her current bold posture; when a far-right and neo-Nazi demonstration against a refugee center grew violent on August 21, the chancellor was sharply criticized in German papers for her late and tepid response. She and French President Francois Hollande called for greater European coordination in addressing the migrant crisis—a plea that looked rather weak and futile given the European rejection in June of a quota system for distributing asylum-seekers.

More Than 100 Killed in South Sudan When Oil Truck Explodes