The Fed’s Policies May Have Fed Income Inequality
Advertisement 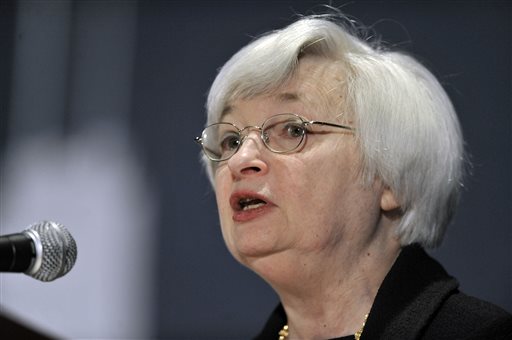 (The Washington Post) – The latest meeting of the People Who Influence Everything from Auto Loans to 401(k) Plans — a.k.a. the Federal Reserve Board’s Open Market Committee — has just concluded. The Fed confirmed Wednesday that, as expected, it will stop buying bonds with freshly printed money in October but did not say when, exactly, it will end its recession-fighting zero-interest-rate policy.

Under former chair Ben S. Bernanke, the Fed said it might abandon that policy when the official unemployment rate hit 6.5 percent. That milestone is now in the rearview mirror — unemployment was 6.1 percent in August — but the Fed hasn’t yet acted.

Bernanke’s successor, Janet Yellen, worries justifiably that the jobless rate has lost validity as a measure of overall economic weakness; much of the recent improvement seems to reflect not hiring but a shrinking labor force. Pending better data, she’s keeping her options open.

Not to add to the chair’s worries, but she needs to take another issue into account: inequality. This month, the Fed released the latest edition of its triennial Survey of Consumer Finances, which showed that “only families at the very top of the income distribution saw widespread income gains” between 2010 and 2013.

Obama: Ebola One Day, Extremist Threat the Next