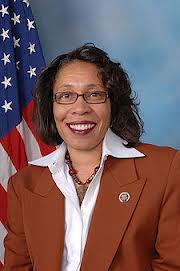 WASHINGTON (NNPA) – A few weeks after President Barack Obama won four more years in the White House, dozens of Black leaders crowded around a podium in the Congressional Room of the Capital Hilton in Washington, D.C. to announce plans for a Black agenda designed to address the myriad economic, social and political disparities that afflict the Black community.

But three months, later those Black groups represented at the news conference, with several centuries of years of collective experience in organizing, mobilizing and marching, have failed to produce a finished document to present to the president and Congress.

Last December 3, leaders of the National Urban League, the National Action Network, the National Association for the Advancement of Colored People and the National Coalition on Black Civic Participation convened the meeting of 60 leader civil rights, business and economic leaders and crafted the foundation of a public policy agenda that included “five urgent priorities:”

“We’re providing our recommendations to the president. We’re providing our recommendations to Congress,” said Melanie L. Campbell, president of the Black Women’s Roundtable and the National Coalition on Black Civic Participation. Campbell also called on citizens to step up and be leaders in the conversation as well as each member of the convened group sought input from their diverse constituents.

Although, Melanie Campbell said that a working draft is floating around the White House and Congress, the lack of a final draft may reflect deeper issues.

Not only did many Americans feel the need to adjust their political lenses to view the nation’s first Black president, many civil rights groups also found themselves navigating life with President Obama unchartered territory. Challenging him publicly was often met with sharp rebuke from their peers and constituents.

In 2011, President Obama addressed the Congressional Black Caucus at their annual Foundation conference and seemed to scold Black leaders, urging them to stop complaining, stop grumbling, stop crying and to trade their bedroom slippers for marching shoes a speech that energized some and left other lawmakers seething.

“It was brand new, not just for organizational heads, it was brand new for the country,” said Campbell, referring to the election of the nation’s first Black president. “There were some things that were different in knowing how to deal with that, but I don’t think that there was ever a time that we didn’t work to try to push on issues that were important to our community.”

“It’s an easier target when you have Republicans in power so that you can easily mobilize for symbolic benefits,” said Lorenzo Morris, political science professor at Howard University, Washington, D.C. “The problem with Obama is, without an easy target, some of the weaknesses in their own organizations might have been shown.”

Easy target or not, much work remains to be done on behalf of African Americans.

“The real question is: how will Black interests groups bring issues to the table? How will they lobby him? How will they pressure him?” asked Dianne Pinderhughes, a political science professor at the University of Notre Dame in South Bend, Ind. “Instead of expecting that as president, he would take initiative in doing everything.”

Other groups are taking a different tact.

“The communities that have gotten a lot of attention have gone to the president and asked for something. If you don’t ask you don’t get,” said Rep. Marcia Fudge (D-Ohio), chairwoman of the Congressional Black Caucus. “Those communities have been very organized and very vocal about what their agenda is. Our agenda is all over the place when it comes to our communities across the country.”

In Washington, D.C. the Congressional Black Caucus released their own policy agenda for the 113th Congress with three major points:

“We chose immigration reform because that’s what’s on the table right now,” explained Fudge. “We don’t set the agenda for America. We do the best that we can to influence the direction that we’re going, but immigration is the topic of the day. If we do not engage ourselves in that discussion, then our communities will lose.”

Immigrants face some of the same problems we do as African Americans, such as racial profiling, Fudge said.

Choosing immigration over other issues such as criminal justice reform or education is baffling to some observers.

But not to Kathie Stromile Golden executive director of National Conference of Black Political Scientists.

“There are Afro-Hispanic folks. So it makes sense for the CBC to take up that issue as well in terms of shaping their agenda they know the kind of environment that they are operating in and they need to have successes as well because the success is what legitimizes them and leads to them to having some impact on other issues,” she said.

Some political analysts believe that Blacks would benefit more from a narrow focus from their leaders – concentrating on jobs and voting rights, for example – because too many menu items makes it harder for the general public and the media to digest the heart of their message.

On February 21, Reverend Al Sharpton and other Black leaders met with President Obama to talk about issues affecting the Black community. According to a statement released by Sharpton, the group discussed voters’ rights, job creation, sequestration, the criminal justice system and gun violence.

“The president engaged us in a spirited conversation and seemed to be listening intently,” said Sharpton in the statement. The group did not present the Black agenda at the meeting.

Pinderhughes said, “It’s the responsibility of the Black interest group community to create a political strategy that results in legislative change. [President Obama] needs to be pressured just like any other president.”

And like any other president, said Pinderhughes, you have to give him a reason to respond.

Still, there is some reluctance to force Obama to respond.

Of course, won’t know that without one.