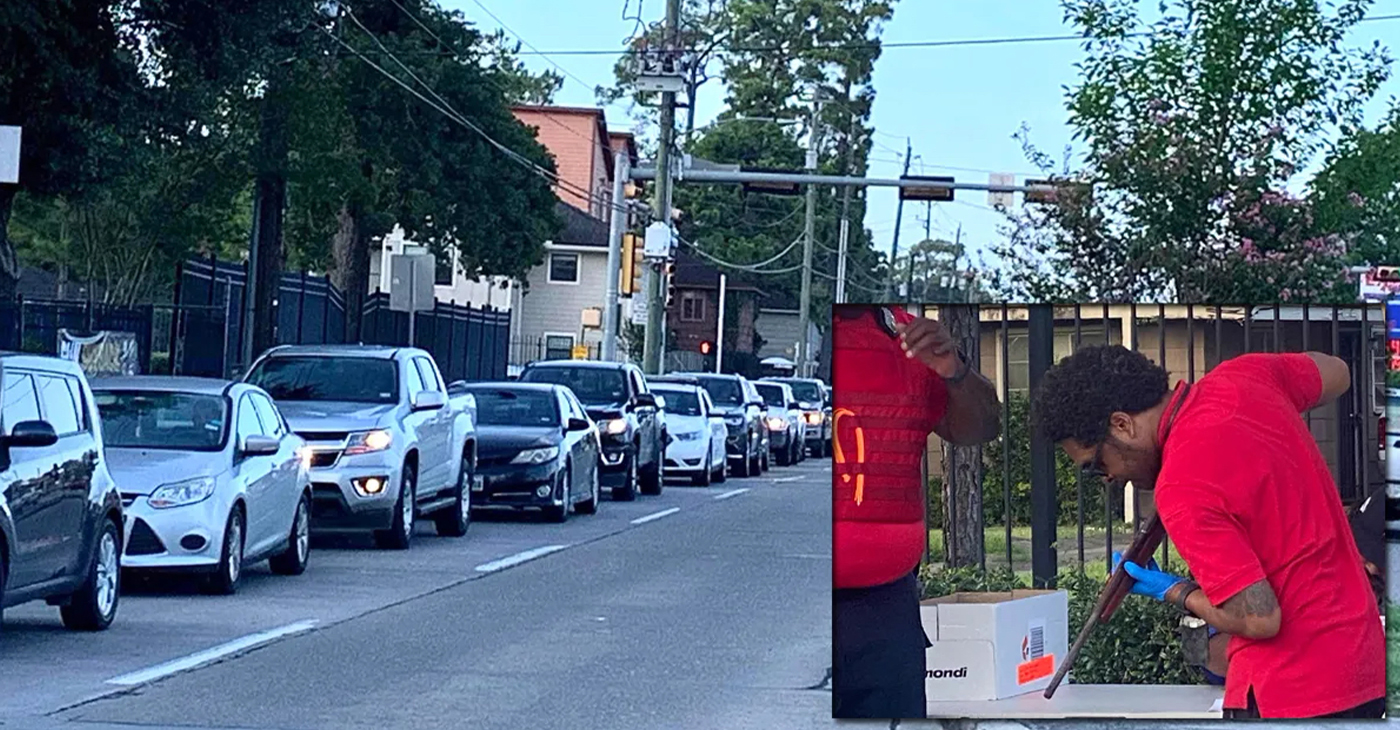 Due to an overwhelming response from the public, the One Safe Houston Gun Buyback collected more than 700 firearms and distributed nearly $100,000 in gift cards by 5 p.m. on Saturday, July 30.

Due to an overwhelming response from the public, the One Safe Houston Gun Buyback collected more than 700 firearms and distributed nearly $100,000 in gift cards by 5 p.m. on Saturday, July 30.

An estimated 65 vehicles remained in line at 5 p.m. to exchange guns for gift cards. The final tally came in over the weekend and Houston Mayor Sylvester Turner announced via social media that they collected 845 firearms at the conclusion of the effort. 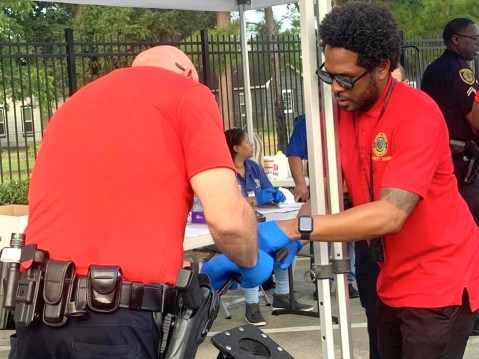 As a result of the unprecedented response and the line of vehicles that stretched for over two miles, the event, which was scheduled to end at noon, lasted well past 5 p.m. Saturday.  More than 150 people were given a priority voucher for a place in line at the next gun buyback. Mayor Sylvester Turner and the Houston Police Department will announce a date soon for a second event.

“We used best practices to plan and hold today’s event. I did not know what to expect, and the turnout was overwhelming,” said Houston Mayor Sylvester Turner. “The turnout demonstrates there are too many guns on our streets, and people want to get them out of their possession. The gun buyback is not the only solution, but we can and will make our streets safer and help reduce gun violence.”

“Thanks to all who made our gun buyback event such an incredible success,” said Harris County Precinct One Commissioner Rodney Ellis. “By all measures, it was one of the most successful gun buyback events in the nation. I commend the partnership between the City of Houston, HPD, and Harris County, who put this event together. The work continues.”

The gun buyback was no questions asked and the type and working condition of the gun determined the gift card amount. HPD will check each gun collected to determine if it was stolen or used in a crime. HPD will destroy all guns that cannot be returned to their rightful owners or not considered evidence in a crime.

“I am so proud of our city,” said Houston Police Chief Troy Finner. “People can say what they want, but time and again, Houstonians step up with common sense and love. I thank all the men and women in uniform and the volunteers who made this day successful. I knew there would be a lot of people, but even I did not think there would be this many people the first time.”