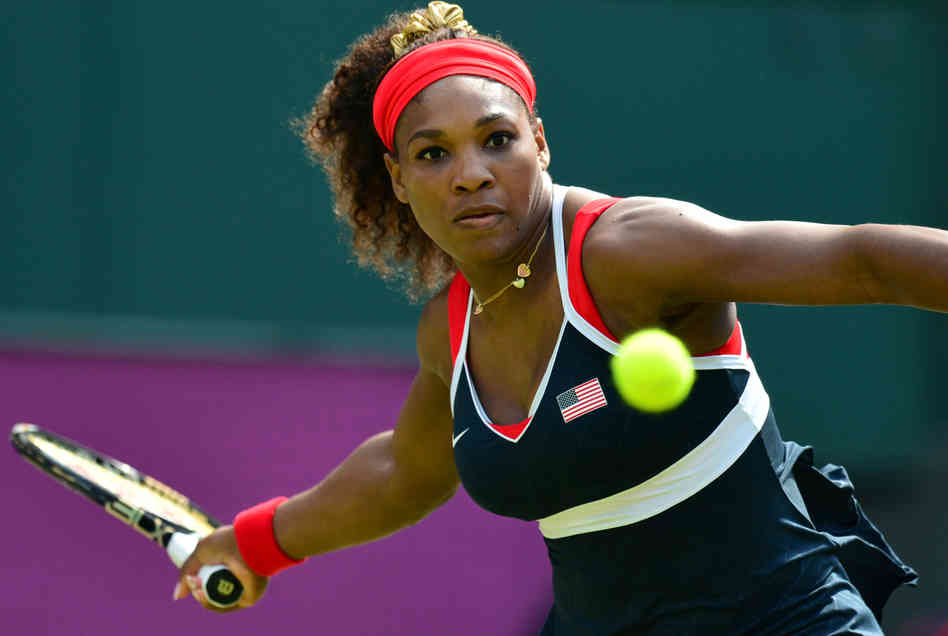 The forever evolving rags to riches journey of the world’s No. 1 women’s tennis player Serena Williams is beginning to catapult into a sports stratosphere where only the elite athletes of all-time hang out.

After winning her 9th singles championship in 2013, the younger sister of Venus Williams is not just relishing in the soils of her impressive U.S. Open championship, but also bidding to become the greatest female athlete in history.

Don’t trip over your tennis racquets just yet, but after Grand Slam title number 17 to move to within 7 of all-time Margaret Court’s 24, the 31-year old who learned the game on the uneven asphalt courts of Compton is smoothly gliding into rare territory.

From the time she was the No. 1 ranked on the junior United States Tennis Association tour at 10-years old when she blistered competition in rolling to a 46-3 record, Serena Williams loved the taste of winning.

Daddy Richard rolled out the older Venus first, breaking age barriers at 14 on October 31, 1994, but while incubating the gem that was to follow at the same age in 1995.

Now, all grown up and having surpassed Venus in the sibling rivalry and striking the fear of God into ever opponent she faces on any surface, grass, hard-court or clay, it’s time to examine her alongside the greatest female athletes ever.

Keep in mind that Serena is far from being done as a professional tennis player and in addition to enduring a recent life health scare has also had to carry the weight of the murder of her sister Yetunde Price and the divorce of her parents Richard and Oracene.

She has a combined 31 career major championships including doubles competition with sister Venus and four Olympic gold medals, including two singles.

Her lofty credentials include winning 80 percent of her career tournaments, 79 of 99 and on every surface; 34 on hard court; 10 on clay; 6 on grass and 5 on carpet.

Moreover, she has captured the most prestigious Wimbledon and U.S. Open championships five times each.

Oh, by the way she owns a career .500 record against arguably the greatest women’s player of all time Steffi Graf.

She has earned close to $60 million in prize money plus another $30 million endorsements for a cool $90 million.

The only argument that anyone can have against Serena as the best female athlete of all time, is that she’s feisty, confident, soulful and sexy –all the more reason fro me to love her.

Many would consider the best female athlete to be Jackie Joyner-Kersee who was the first American to win gold for the long jump and the first woman to earn more than 7,000 points in the seven-event heptathlon. She’s ultimately won three golds, a silver and two bronze, making her the most decorated female athlete in Olympic track and field history. Following Joyner-Kersee would have to be the late Florence Griffith-Joyner, also known as “Flo Jo,” who starred at the 1984 Summer Olympics winning a silver medal in the 200-meter run. During the 1988 Summer Olympics in Seoul, South Korea, Griffith-Joyner took home three gold medals and a silver. She still holds world records in the 100 and 200 meters. Althea Gibson opened the doors for Serena and Venus. Her great talent was in tennis, but in the 1950s, most tournaments were closed to African-Americans. Gibson kept playing until her skills could no longer be denied, and became the first African American to play at Wimbledon.

“I have never regarded myself as a crusader. I don’t consciously beat the drums for any cause, not even the negro in the United States,” Gibson said of her pioneering efforts.

Wilma Rudolph would certainly have to be in the conversation. Born a sickly child who had to wear a brace on her left leg, Rudolph She overcame her disabilities through physical therapy and hard work, and went on to Rudolph became the first American woman to win three gold medals at a single Olympics in 1960, at the Summer Games in Rome.

Another track and field sensation Allyson Felix earned back-to-back Olympic silver medals at the 2008 Olympic Games in Beijing. She earned her first gold that year, with the women’s 4-by-400-meter relay team. Felix became a three-time Olympic gold medalist in 2012; at the 2012 Olympic Games in London, she won two gold medals, in the women’s 200 and the 4-by-100-meter relay. Alice Coachman made history at the 1948 Olympics in London when leapt to a record-breaking height of 5 feet, 6 and 1/8 inches in the high jump finals to become the first Black woman to win an Olympic gold medal, but that alone would not even qualify her as best.

Basketball icon Sheryl Swoopes would have to be in the mix. Swoopes was the first professional basketball player signed by the WNBA and was often referred to as the female Michael Jordan.

Swoopes won three Olympic gold medals and is a multiple WNBA MVP. She is also the first woman to have a Nike shoe named after her. Cheryl Miller’s achievements on the basketball court are undeniable. She was a four-time All-American, and she also won three Naismith Player of the Year trophies while at USC.

However, Lisa Leslie-Lockwood is probably considered the best basketball player ever.

Leslie-Lockwood was a three-time WNBA MVP and a four-time Olympic gold medal winner. She was considered a pioneer and cornerstone of the league during her WNBA career. In 2011, she was voted in by fans as one of the Top 15 players in WNBA history.

Billy Jean King won a wealth of Grand Slam titles in singles tournaments, doubles tournaments, and even occasionally in tournaments that she didn’t even attend, but it doubtful she could beat Serena.

Let the debating begin, but in the meantime I consider it Serena-Love!