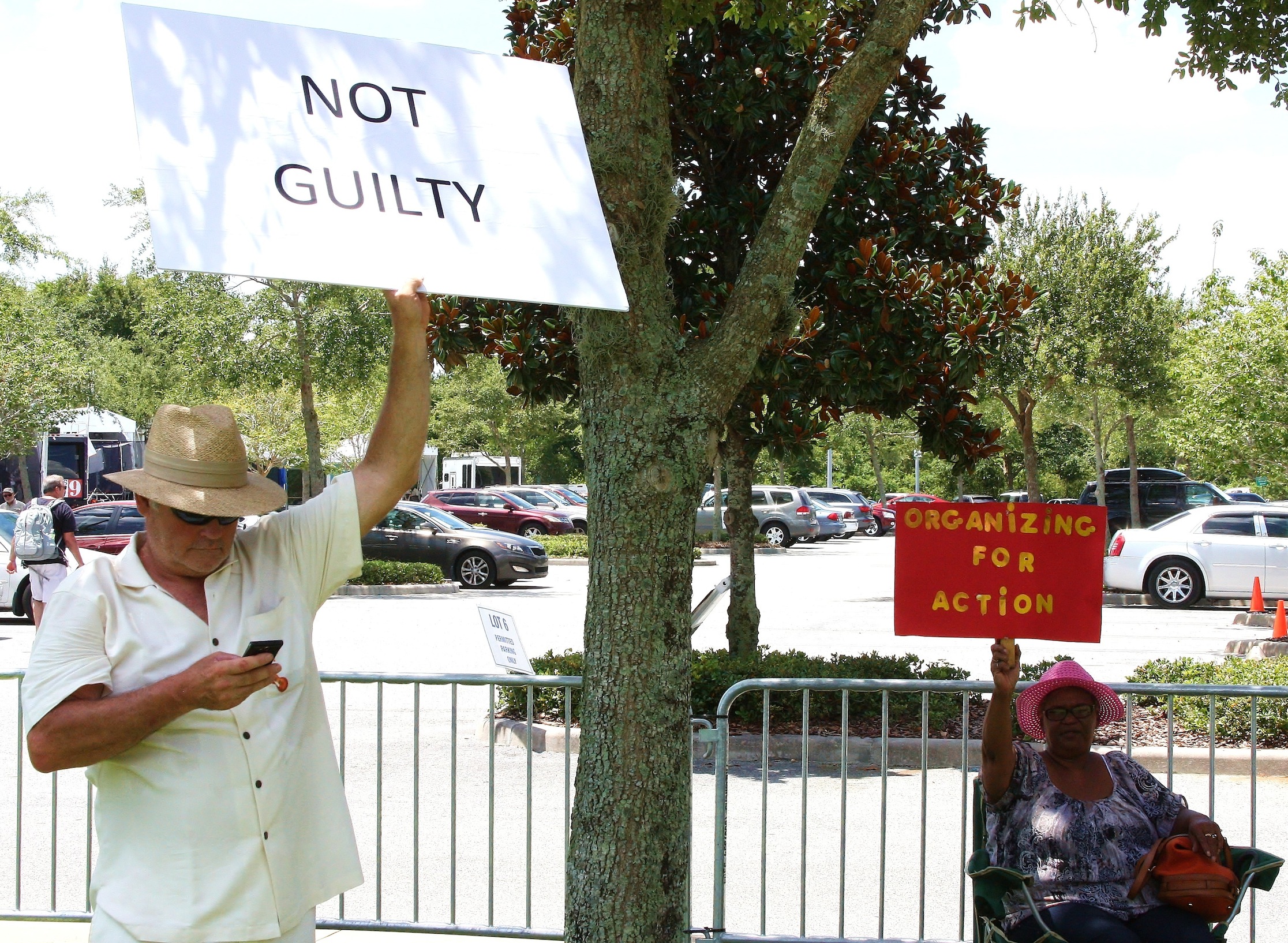 Sanford, Fla. residents are worried about impact of George Zimmerman’s not guilty verdict on their city (Photo by Duane Fernandez for the Florida Courier).

By James Harper
Special to the NNPA from the Florida Courier

SANFORD, FLA. – Now that George Zimmerman has been found not guilty and the news media are packing to leave Sanford, residents are concerned about the future of their city and the lives of other Black teens who may be walking their streets and are killed on their way home.

While being interviewed at the Goldsboro Community Center in Sanford awaiting the Zimmerman verdict July 12, Don Brown asked the Florida Courier, “Where do we go after this is over? When the news media blows over? Two, three, five years down the road, are we going to go back to business as usual?”

Sanford resident Brown was on “verdict watch” with many other community members at the local center, and said there was no winner after the verdict.

“I would have been scared too, because of the system that exists,” Brown said, adding that now is the time to discuss the racial issues that exist in this community of approximately 50,000 – with a 30 percent Black population.

Brown said there are divisions between Blacks and Whites, and it upsets him when he hears Whites don’t want to talk about the mistreatment of Blacks historically.

“Slavery was part of our history. Jews don’t let you forget about the Holocaust,” he declared.

Sanford resident Cheryl Smith, a retired correction officer, was also at the Goldsboro Center on verdict watch. She reflected on the jury’s decision.

“It could have been a child coming from church, school. Zimmerman should have exercised caution, asked some pertinent questions. Problems have been existing (in Sanford). No one was surprised what happened (to Trayvon). (This) city is governed by some, for some,” Smith noted.

James Davis, 65, a retired insurance adjuster, said what happened to Martin since he was shot was “part of a government breakdown.”

“We went to the mayor, to the city manager, to get charges brought. We pursued issues in a logical manner. Police refused to arrest Zimmerman. The state attorney refused to bring charges. We had to go public (to get Zimmerman arrested),” Davis said. (Former Police Chief) Bill Lee would not have had Zimmerman face any charges.

“We have a new Black police chief and a Black city manager because of a history of injustice,” said Davis, noting that City Manager Norton Bonaparte was hired two years ago and Police Chief Cecil Smith, who replaced Lee, was hired to reduce tension in the city after pressure was applied from local Black leaders.

Davis said they are still working on getting more Blacks hired to work for the city.

“We don’t have jobs representing the city’s Black population in our city’s work force,” he said.

“I always thought Zimmerman should have been charged with manslaughter. We still don’t know if George Zimmerman pulled his gun (before being on the ground). Zimmerman was never drug-tested. We only have the version (of events) of the killer,” Davis concluded.

Tina Eudell, a victim service advocate, is worried about her grandson who is 16.

“He could be treated like Trayvon because he is Black. If the law doesn’t change, they are not going to change. Self-defense is a big lie. Trayvon had to defend himself,” said Eudell.

William Taylor, a retired Seminole County school teacher, says the “good old boys” in Sanford have to be brought down.

“Unfair treatment has to end. He (Zimmerman) profiled him, stalked him, killed him. We have been going through this for years. Killing Black boys and beating them before they get to the county jail,” he said.

“The same thing happening here is happening everywhere else.”