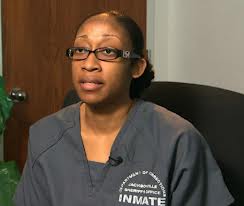 No One Injured But Sentenced to 20 Years

Marissa Alexander is an example of unequal justice in Florida

No one was hurt or killed when 31-year-old Marissa Alexander fired a warning shot into the air in Aug. 1, 2010.

But she remains in a Florida prison after being sentenced July 12, 2012 for a conviction of aggravated assault with a deadly weapon.

A Florida judge rejected her self-defense assertion. The mother of three children who had no police record was found guilty of firing a shot into a wall as a warning shot to ward off her allegedly abusive husband against whom she had a protective order.

She told police she was in fear for her life, as she had been many times before at the hands of her husband, Rico Gray. Gray had flown into a jealous rage that night after seeing text messages and baby pictures sent by Alexander to an ex-husband.

Seeking refuge during a final physical altercation, Alexander ran into the garage only to realize that she couldn’t get away—the garage door was broken.

Her next decision would cost her the next twenty years of her life. She re-entered the house to escape a different way, but this time she had a gun for protection.

Her warning shot came after her husband advanced toward her, screaming and cursing, still refusing to leave. It would earn her an aggravated assault charge that, along with the use of a deadly weapon in the act, triggered the mandatory minimum sentence handed down May 11 after the denial of her “Stand Your Ground” defense.

Since the beginning of the case, politicians and citizens alike have cried for justice, but in the months since Alexander’s sentencing, support has waned for the mother of three who had a gun permit for the weapon.

“The imbalance in this case was abundantly clear in the courtroom,” Congresswoman Corrine Brown said in a May 11 statement. Brown said the decision, handed down the same day, sent strong messages to the way the American justice system works in Florida.

“One is that if women who are victims of domestic violence try to protect themselves, the ‘Stand Your Ground Law’ will not apply to them,” she said. “The second message is that if you are black, the system will treat you differently.”

“Abused women like Marissa, who has a master’s degree and no prior record, need support and counseling so they don’t find themselves in these situations to begin with,” she added. “Arresting and prosecuting them when no one was hurt does not help anyone. Even worse, mandatory minimum sentences just make the system appear arbitrary and cruel.”

The circumstances of the case were made clear in a November 2010 deposition given by Alexander’s husband, Gray. In the document, Gray details how he used physical force to restrain his estranged wife from leaving the home, and refused to vacate the premises even after Alexander locked herself in the bathroom, repeatedly requesting that he leave.

Aside from admitting to beating nearly every woman he was romantically involved with, “except one,” Gray also said that that the physical and emotional abuse was getting increasingly worse for Alexander.

On the night of the incident, Gray said he was so angry that “if my kids weren’t there, I wouldn’t have left when she would have shot. I was just that mad.”

He also admitted to making verbal threats against Alexander’s life, saying he repeatedly told his wife he would kill her if she cheated on him, and alluded multiple times to people he knew who would be unafraid to commit violent acts on his behalf.

Since Alexander’s sentencing in May, there have been no new developments in the case. Petitioners initiated more than a dozen efforts on websites such as Change.org and ThePetitionsite.com.

Since the sentencing all petitions for Alexander have closed on Change.org. Only one garnered more than 500 signatures, with a little over 17,300. The signatures continue to pile up, however, on ThePetitionSite.com, where 32,059 have signed in support of overturning Alexander’s sentence.

Her case continues to stand in stark contrast to those of other Americans who have used the “Stand Your Ground” defense, including most recently, the case of Michael Dunn, 45, who invoked the law in the Nov. 23 killing of 17-year-old Jordan Davis.

Davis was shot while sitting inside a car after an altercation between his passengers and Dunn, who wanted the teens to turn down their music while sitting in a Jacksonville gas station parking lot.

Following the end of the Alexander case, many lawmakers are reconsidering the “Stand Your Ground” rule.

“The curious case of Ms. Alexander illustrates the troubles and difficulties that exist under the ‘Stand Your Ground’ law,” state Senator Gary Siplin (D) said in a statement, noting the inconsistencies in application of the law.

Siplin said that he was most concerned because Alexander’s right to use the “self-defense privilege” in the case was denied. “There are many individuals in Florida who likely should not be shielded from prosecution under the privilege.”

Siplin has openly questioned the measure, which he supported and signed into law in 2005.