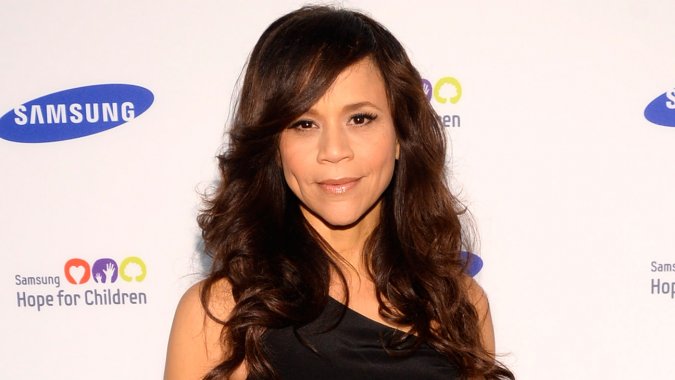 (Daily Mail) – Rosie Perez canceled her last appearances on The View after being forced to apologize to Kelly Osbourne for her anger at her co-star’s racist remark about Latinos, Daily Mail Online can reveal exclusively today.

Rosie refused to turn up for her two, final live shows last week and skipped several, pre-taped appearances after having an intense blow-up with ABC executives over Kelly’s on-air comment.

Kelly, 30, caused outrage after asking: ‘If you kick every Latino out of this country, then who is going to be cleaning your toilet, Donald Trump?’ during a Hot Topics segment about Donald Trump’s poll numbers within the community last Tuesday.

A silence fell over the studio audience as other co-hosts were clearly taken aback. After a pause, Rosie, who has Puerto Rican heritage, mumbled: ‘Oh, that’s not… oh, no!’ and shook her head in disbelief.