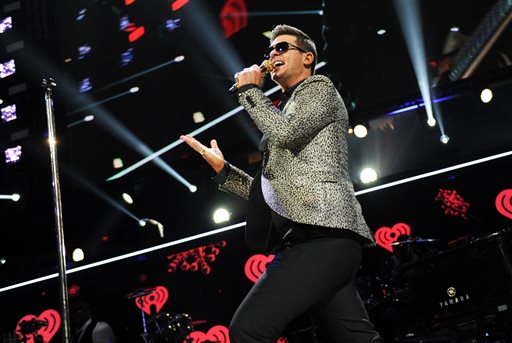 The singer has testified as part of an ongoing legal case which claims the smash hit was lifted from Marvin Gaye’s 1977 song Got To Give It Up.

According to a copy of the deposition obtained by The Hollywood Reporter, Robin admitted the recording session for the song was all a bit of a blur.

Robin testified: “I was high on vicodin and alcohol when I showed up at the studio… I wanted some credit for this big hit. But the reality is, is that Pharrell had the beat and he wrote almost every single part of the song.”