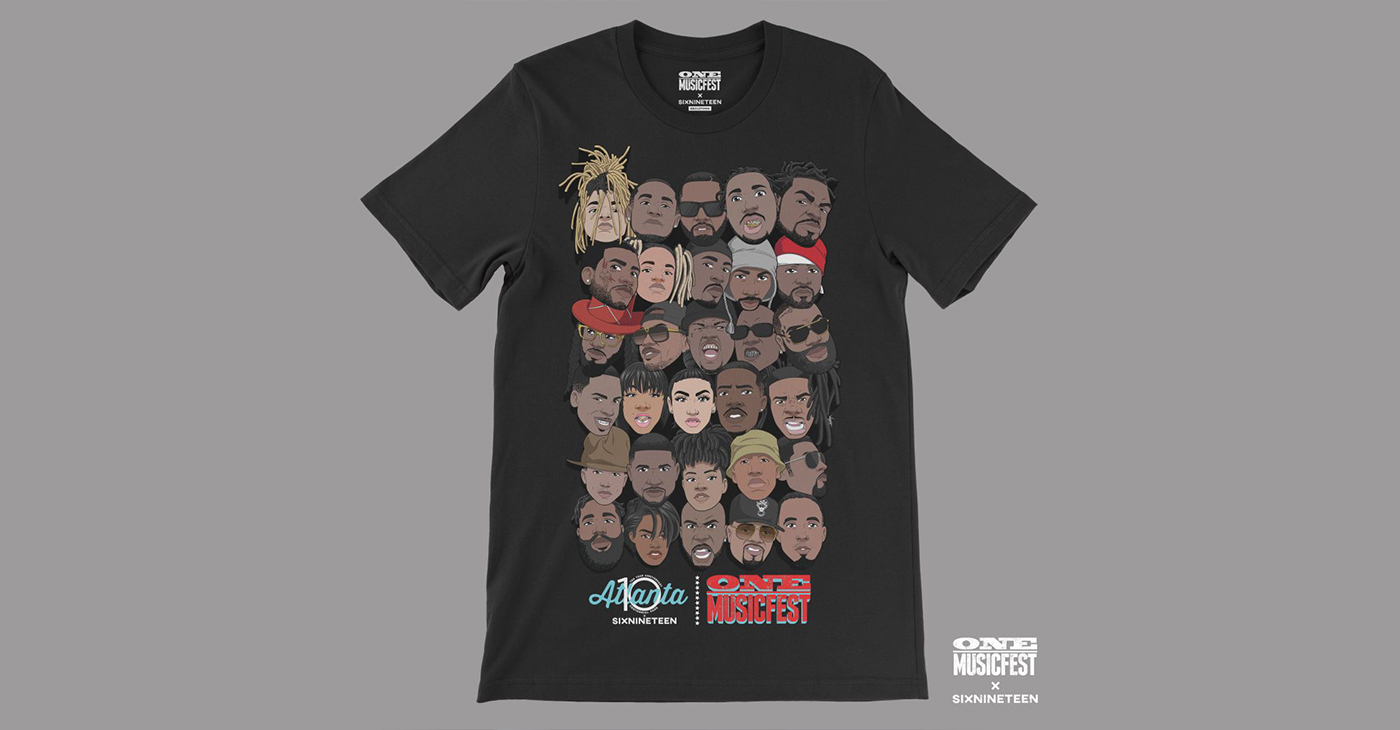 ONE Musicfest commemorative T-shirts (Photo by: sixnineteen)
By Marshall A. Latimore

West Coast-based sixnineteen, a lifestyle brand creating dauntless designs that honor generations of cultural icons, announced today that the company has been hand-selected by the organizers of ONE Musicfest to create a limited collection of two distinct shirt designs that will commemorate the festival’s tenth anniversary.

“We are super excited to work with the creatives at sixnineteen,” claimed Jason Carter, founder of ONE Musicfest. “What their brand stands for is a direct reflection of ONE Musicfest’s foundation. Certain partnerships make perfect sense, and this is one of those moments.”

Launched on Jun 19, 2019, sixnineteen has become a disruptive force in the industry with hand-drawn designs that serve to empower individual freedom and honor a generation of influential icons. In that spirit, the company’s partnership with ONE Musicfest will embrace that message in a capsule collection of two new and unique designs available online and at the festival.

“Partnering with ONE Musicfest was an easy decision, but mostly just an honor,” raved Wisdom Harris, sixnineteen founder. “This festival is a cultural unifier, and a pillar within Atlanta’s varied community where we come from far and wide to celebrate art, music, and diversity.

“Like ONE Musicfest, sixnineteen is a celebration of community, legacy, and freedom, so we jumped at the opportunity to collaborate with them and add our own flavor to the festival’s cultural stew.”

To learn about the inspiration driving the brand and to see all its high quality, hand-drawn and handmade threads, visit 619.clothing.

COMMENTARY: NFL’s Depression-era Ban on Black Players Lingers On in the Owner’s Box