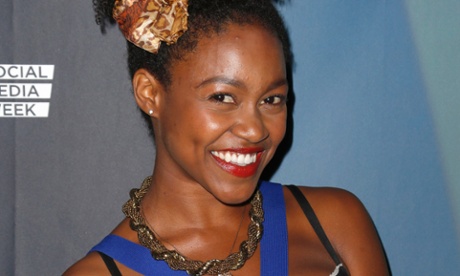 LOS ANGELES (The Washington Post)—“Django Unchained” actress Daniele Watts says she was stopped and handcuffed by police last week in Los Angeles after she was “showing affection” to her partner, Brian James Lucas. In a Facebook post, Lucas said it’s clear that police “saw a tatted RAWKer white boy and a hot bootie shorted black girl” and thought she was a prostitute and that he was a client.

On Sunday, the Los Angeles Police Department said Watts and Lucas were briefly detained after officers responded to a 911 call about “indecent exposure” between a couple in a car, and they matched the description. However, the department has launched an internal complaint investigation about what happened.

The story started making the rounds over the weekend when Watts (who you may recognize from FX’s new series “Partners” or Showtime’s “Weeds”) wrote a long Facebook post about the incident, including pictures. Lucas, a chef, also posted multiple photos of Watts with the two police officers, plus a picture of a cut on her arm that they said was from the handcuffs.

ABC’s ‘Black-ish’: The Family Show with the Semi-Shocking Title